While the work of editing and translating the book took six years, it actually began in the 1990s when Ross Calman stumbled upon the manuscript in the university library nestled amongst large volumes of work from the Grey collection, he noticed the words ‘Life of Te Rauparaha Tamihana Te Rauparaha’ on its spine.  The manuscript is over a hundred pages handwritten in Te reo Māori.

“I had done an introduction Māori language paper at the stage so I recognised just a few words, no way could I read it, but I thought wow this is someone who actually knew Te Rauparaha, who knew about his world, who had spent time with him… I was hooked at that moment.” he says 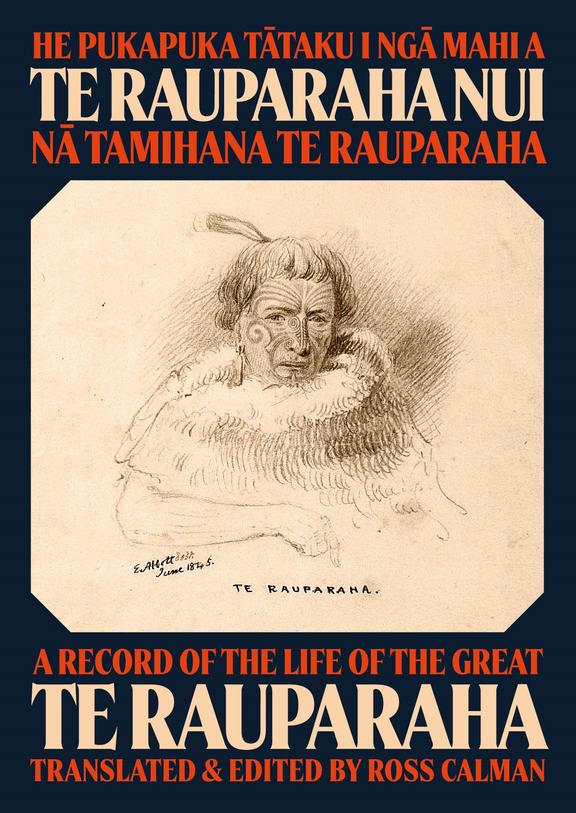 Born in Upper Hutt Ross lived in Taranaki and Rotorua where his mum is from. He spent school holidays with his grandmother Ena who lived in Manakau in the Horowhenua and told Ross about his Ngāti Toa and Ngāti Raukawa tribal connections.

Further studies in Māori history and Te reo Māori at Te Wānanga o Raukawa in Ōtaki would put him in good stead for the task ahead, in 2014 he edited and translated the manuscript with feedback from authors Piripi Walker, Heni Jacob and Jane McRae.

As a tribe Ngāti Toa were settled in Kāwhia however the inter-tribal warfare with Waikato became untenable, Te Rauparaha was aware the trading ships sailing through Cook Strait could benefit the tribe, he lead the migration of Ngāti Toa from Kāwhia to the lower North Island. The manuscript accounts for the first leg of this expedition named Te Heke Tahutahuahi or the lighting expedition named after the fires lit along the coast.  The second leg from Taranaki to the lower North Island ‘Te Heke Tataramoa’ is named after the bramble bush, a prickly shrub to represent the many conflicts and violence that would take place.

“He led his people from their Kāwhia homeland to relocate to Kāpiti…he was a remarkable tribal leader...just the longevity of how long he was around for, when he started out it was pre-European days, pre muskets his tribe was under attack from Waikato and Ngāti Maniapoto and the Kāwhia area was hotly fought over…he saw the strategic the benefits of the Kāpiti region…that was really the number one reason why he decided that Ngāti Toa should relocate.” Ross says. 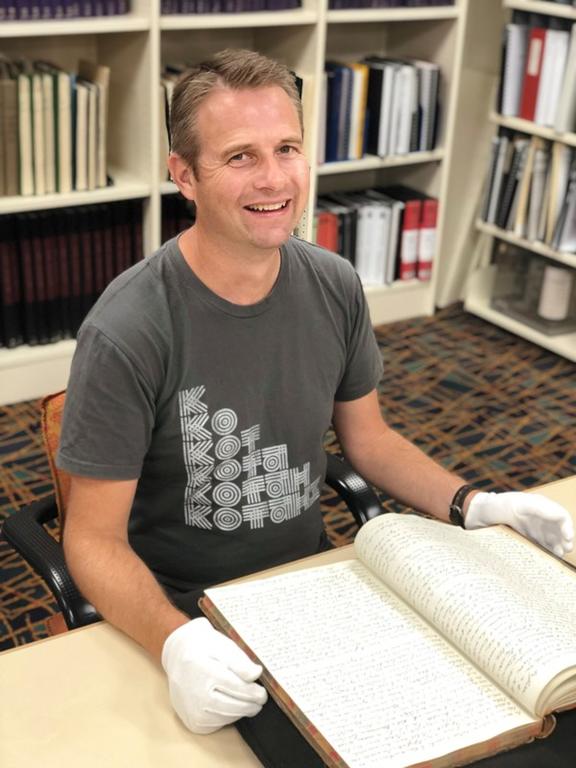 Ross Calman says the six year mission to complete the book began as a discovery of his own identity, and as an uri (descendant) of Ngāti Toa and Ngai Tahu. Photo: Auckland University Press

The manuscript is a chronological account of the events that took place during the 1820’s and 1830s of the migration. Ross believes one of Tamihana’s motives to write the manuscript was to counter the articles and propaganda written in the colonial newspapers at the time.

“There was one particular propaganda piece that was put out in times of the Waikato war…about what the government would do to anyone who resisted the government and they said, see what we did to Te Rauparaha, we kept him tied up like a pet parrot on a string, this is after George Grey organised for him to be illegally abducted from his pa in 1846, Tamihana was absolutely furious.”

The book He Pukapuka Tātaku I ngā Mahi a Te Rauparaha Nui – A Record of the Life of the Great Te Rauparaha is published with parallel Māori and English translations with modern conventions of spelling and grammar applied to the Māori text. Sifting through the text and deciphering Māori language terms was a process of reading the pages several times.

While Te Rauparaha is famous for composing the haka ‘Ka Mate’ there is no mention of it in the manuscript. Ross believes that the timeline is too early in Te Rauparaha’s life for it be included. Tamihana was aged in his mid-forties when he wrote the manuscript between 1866 – 1869 with external sources for example he spoke to people who were alive during the 1820s and 1830’s to help piece together the events contained in the manuscript.

Tamihana met his partner Ruta at 13 years old and became a Christian at 16 years old, they did not bear any children. Ruta who died in 1871. As a tribute to his father, Tamihana commissioned a stonemason in Melbourne at a cost of 200 pounds, to build a memorial stone which would be erected at Ōtaki years after Tamihana’s death in 1876.

Tamihana and Ruta are buried next to each other at an urupa (cemetery) in Ōtaki.

After six years of editing and translating the book, Ross was emotional when he was handed a copy of the book from his publishers.

“It’s been an ambition of my whole adult life to do this book…it just really felt all the ancestors all those who have gone before came to the front of my mind, I’ve really done this on behalf of them and I’ve done it for my children and for all the descendants of Te Rauparaha.” he says.