He Waharoa - A Māori kaupapa approach to mental health. 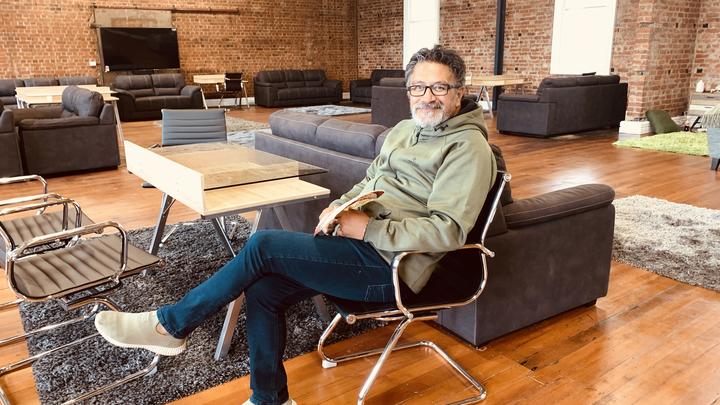 A kaupapa Māori approach to mental health aptly named ‘He Waharoa’ to mean gateway, is a service with an open door policy for people in distress. Grounded in Mātauranga Māori (Māori knowledge) the unique approach was previously known as Te Kuwatawata and ran as a pilot programme for two years.

He Waharoa is a joint partnership between Te Kupenga Net Trust and Hauora Tairawhiti that specialise in mental health and addictions peer support.    Nick Tupara is an artist and taa moko practitioner and joined mental health advocacy after being spurred on by his artist friends who also work in the area.

As a health kaupapa 'He Waharoa' place whanau at the centre of their approach so counselling sessions become wānanga. As part of the service, He Waharoa operate from a Māori worldview perspective that includes re-framing the language used, drawing on examples of stories and naming each work space after ancestors or stories. 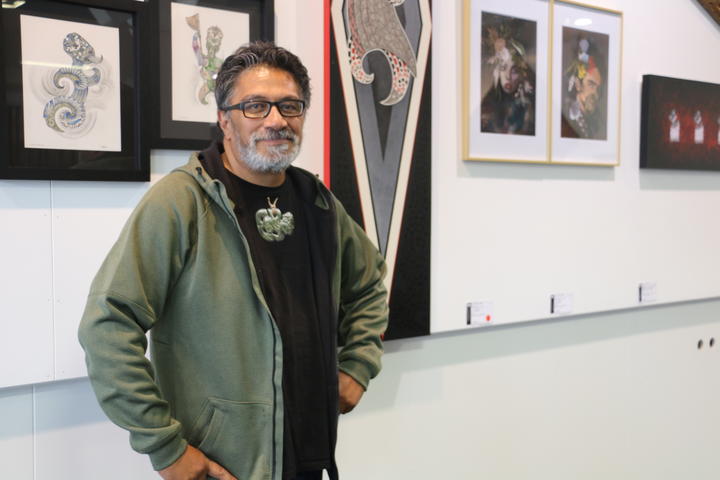 Nick recognises that art can be a form of release for people going through distress, his role as a Mataora (the name of service delivery staff) can include drawing a picture that symbolises the wānanga, the current status of a person’s mental health or stress and a way to wellness.

“I think in our traditions, our ancestors always use their whakairo, their raranga, the beautiful things they made as part of their well being so we wanted to create a space filled that was filled with beautiful art as a space when our whanau coming here they know they are not in a hospital, they are not at the doctors they are in a very special calm artistic creative expressive space to help them shift their minds to a different way of dealing with their issues” he says.

Pou Tererangi is the name of the main reception area that resembles an art gallery, work from new and established artists from the Tairāwhiti region are displayed. There are large scaled pieces throughout the office space including a large maihi (front panels of a meeting house) on the left wall of the entrance way.

There are 11 whanau rooms, therapeutic art rooms, painting and draw studios, and eventually a taa moko studio. The building was constructed by James Erskine and opened around 1908, at the time it was home to tearooms, supper rooms and billiards. In 1924 well-known clergyman William Leonard Williams established Te Rau Press and printed Church Missionary Society publications in both Te reo Māori and English, this links closely to Te Rau College – Te Pihopatanga o Te Tairawhiti. 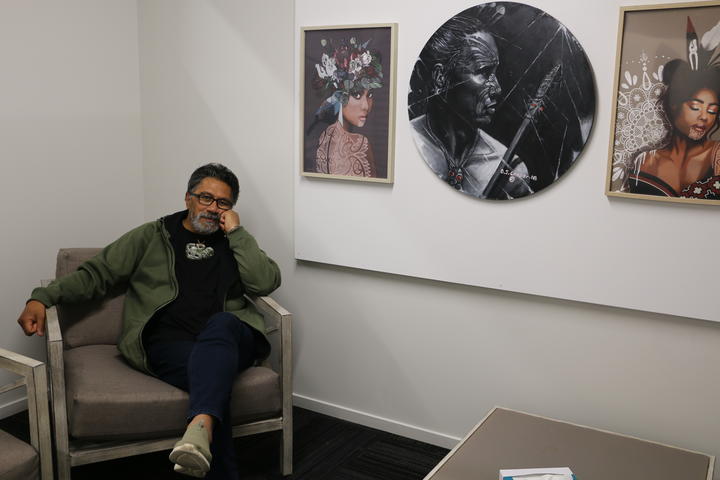 Each of the whanau rooms features art from new and established Māori artists. Photo: RNZ/Justine Murray