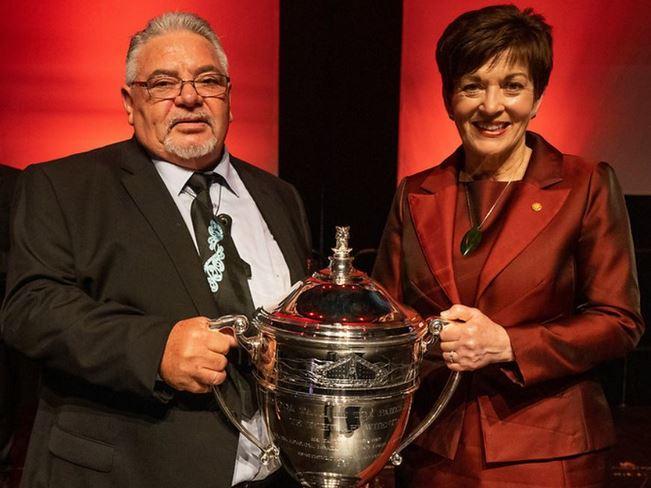 The inaugural Ahuwhenua Trophy excellence in Māori Horticulture was won by Te Kaha 15b Hineora orchard in an awards ceremony in Rotorua on Friday.  Kingi Smiler, the Chairman of the Ahuwhenua Trophy Management Committee says the trustees have shown great vision, persistence and resilience to establish their operation and to achieve some impressive results.

Norman Carter joined Te Kaha 15B Hineora orchard as a trustee in 2009, he describes the orchard area as the food bowl of Te Kaha.

“You could grow almost anything there and that was because of his unique micro climate, it was a vigorous producing area” he says. 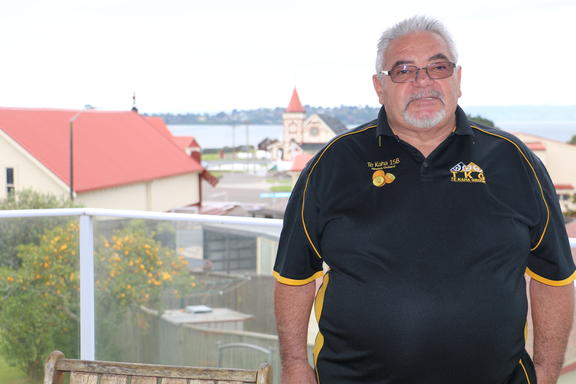 The block of land was first utilised as a small sheep, beef and dairy unit before it was leased to grow oranges but neither was economically good for the trust. Norman remembers in jest that all the cousins would take the oranges. In 1999 an opportunity to go into joint partnership came up which lead to growing kiwifruit.

“We must acknowledge contribution of the late Hoani Kerei…who rose through the ranks to manage all the blocks in Te Kaha, Hoani was the most qualified Māori on the coast… he lead the way by motivating most of our locals to seek a future within kiwifruit.” he says

Te Kaha 15B orchard is made up of 11.5 hectares with a kiwifruit orchard, a pack house and a four bedroom accommodation home. Aside from the normal day to day operations, Te Kaha 15B have a number of social responsibilities to its community on the coast, the trust and associated blocks formed a limited liability partnership company that lead to diversifying it's business, Te Kaha Gold spray company was formed and employs between 20-30 people.

The trust also received 13 million dollars from the Provincial Growth Fund in both loans and grants which will help the trust establish better water storage in the region and will assist the orchards and local marae, as part of the funding they will develop a 100 hectare orchard and expand their nursery.

The trust have plans underway to build a 2 hectare orchard project at Te Kaha Area School with the goal that all  future profits will help with rural transport costs.

“Right now the parents have to do a lot of fundraising to achieve that and we’re hoping that by the time we pay the debt on the block that the school will be self-sufficient…we’re hoping the parents won’t have to fundraise after that.”

Norman has spent the past forty years working in government services including Air New Zealand, Work and Income New Zealand and The Tertiary Education Commission, he retired from Te Puni Kōkiri this year and has lived in Rotorua since 1970.

It was the encroachment of urban development in Tauranga that prompted the families at Matapihi to amalgamate their land shares into one entity, this was the genesis of Ngai Tukairangi Trust. In its forty year history, Chairman Ratahi Cross says the first ten years wasn’t that good, but says it was foresight of his elders that saw the potential in kiwifruit. 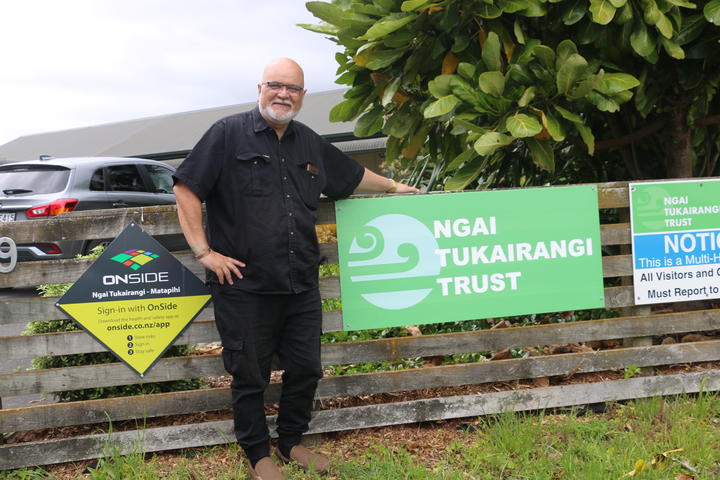 “When we first set up the orchard it was by our papa Turirangi Te Kani, he had a little bit of an epiphany when they converted Māori land over at Maungatapu and it became available for sale,  a lot of Māori sold their land and a lot of families lost it to urbanisation, so our koroua decided to have a chat to his cousins… and they decided it might be better and prudent to bring their lands together”

A similar story to Te Kaha 15B, Ngai Tukairangi Trust started with the growing of 'market gardens’ veges and fruit were supplied to the local marae.

According to Cross, it would take another twenty years before the shareholders would see a dividend having agreed that the money would go back into ensuring the orchards was successful.

“Twenty years in a long time to give your land over to an entity on a dream on a little furry fuzzy thing, so it took twenty years for us to even establish ourselves as good growers".

Ngai Tukairangi Orchards has over two thousand shareholders and as part of their social initiatives the trust allocate education and cultural grants every year.

There are eight land blocks at Matapihi with 36 hectares of Sungold and 12 hectares of green Hayward, the trust has also diversified into avocados and blueberries. They employ around 56 staff.  In 2017 the Trust bought five orchards in Hastings for around 40 million dollars and have plans to grow organic kiwifruit on one of the orchards. 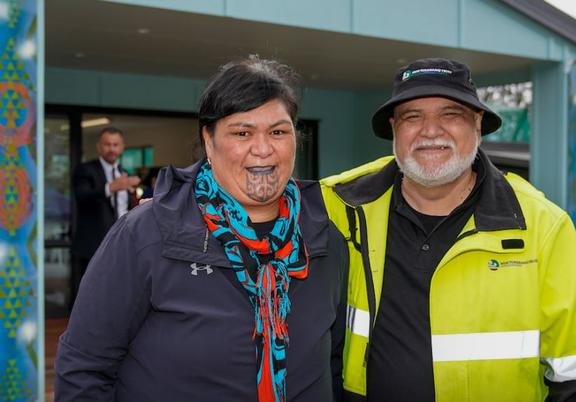 At the Trusts open public field day on the 8th of October, the new workers accommodation unit Te Rau Mahara was opened in honour of the late Turirangi Te Kani and the mobile canteen truck Te Rau Aroha that was shipped overseas to assist the 28th Māori Battalion.

“A lot of our tupuna were the people that fundraised for the truck…it was brought by Māori for the battalion and shipped across to the desert campaign, what triggered it off was that I had a very old photo of our founding Chairman Turirangi Te Kani standing next to the truck when it arrived in Africa, so he was the first recipients of kai from our people” 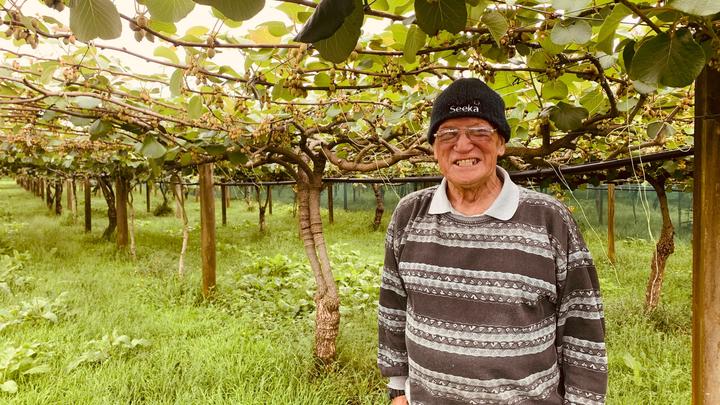 Homman Tapsells home is a stone’s throw away from the orchard he manages located on a busy stretch of highway between  Paengaroa and Rotorua.

“I enjoy it because my office and home is on the property and it becomes part of you, it’s in my make up, I enjoy it much more than going down town shopping" he says.

Every day Homman heads out into the 43 hectare orchard, there is a tool shed, a building that is leased out to local beekeepers, five windmills and about fifty chickens that roam the land. As the orchard manager, and one of the owners of the block, Homman was in this mid-forties when he completed a Diploma in Horticulture at Lincoln University. 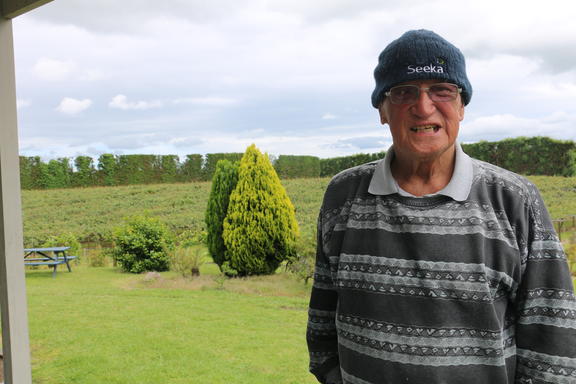 For fifty years Otama Marere land blocks were leased out to the Te Puke Golf Club, and when the lease expired some of the owners wanted to sell the land, but according to Homman it was thanks to the late Dr Peter Tapsell who stopped them.

The mantra of Otama Marere is ‘Ka Ora te whenua, Ka ora te hapū’ (if we look after the land, the land will look after its people).

Today the orchard grows 8 hectares of Sungold G3 conventional and organic,  12 hectares of Green Hayward, and over 900 Gem avocado trees. Homman favours a move towards growing for the rising organic market.

“We’ve moved into growing things organically…it’s been on par if not better than conventional growing,  on the money side of it there’s an extra 1.80 per tray” he says

In 2012 the trust planted three wetlands and a total of 7600 native species of plants with the assistance of the regional council and the Department of Conservation, the wetlands helps to keep pests at bay and helps to filter out the chemicals from getting into the waterways. The Kaituna River runs alongside Otama Marere, however the condition of the river being a pataka kai (food source) is not in a pristine condition as it once was.

Otama Marere also have a number of social policies to give back to local marae and hapū. There are education grants, hardship grants and the trust assist Ngati Whakaue ki Māketu hapū and the local marae.