On the 29th June this year, Reverend Canon Chris Huriwai tweeted about pepeha, an introduction in te reo Māori that connects a person with their tribal lands, oceans and mountains. The tweet received a range of responses.

These non-Maori academics throwing around pepeha is getting really old. I don't care how "connected" you feel to mountains and rivers, to claim these as your own not only cancels the local whanau, hapu & iwi, but also claims a relationship to me that you do not have. Don't do it.

This tweet inspired this week’s episode of Urupounamu, hosts Justine Murray, Ngairo Eruera and Te Kehukehu Butler discuss pepeha.  As a Māori language teacher Ngairo understands that pepeha is the first exercise that Māori language students learn, but that pepeha has many layers to it.

“For me it’s a language mechanism to help articulate their connection with the environment, in terms to the maunga and the awa, where they grew up and where they feel grounded in terms of [here in] Aoteoroa  or where they come from if they are an international student and they don’t feel that local connection, it’s getting them to acknowledge  who and where they are but there are deeper layers.”

Host Justine Murray sat down for a kōrero with Revered Canon Chris Huriwai at Te Pihopatanga o Te Tairawhiti – The Diocese of Tairawhiti in Gisborne, Huriwai says that while he understands that pepeha is taught in all of the te reo Māori classes in the country, outside of that space people have to be prepared to be challenged about their use of pepeha.

“Pepeha is the sum total of our identity as a people and when you play with that you’re playing with identity and therefore tupuna and whakapapa, I was having a bit of a moment...the crazy thing was that I never knew it was a sensitive subject like straight way people jumped on it a lot of Māori were keen on it…one dude told me that my head should be boiled…a Pākeha fella saying that to me” Huriwai says 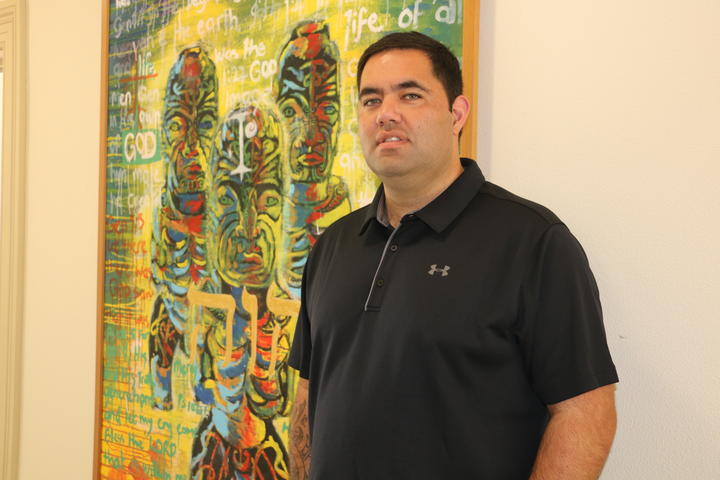 Urupounamu is a kōrero session on kaupapa effecting Māori and focused on the tangata whenua experience in this forever changing modern world.  RNZ Producer Justine Murray, Māori Language Kaiako Ngairo Eruera, and Moana Radio host Te Kehukehu Patara lay their whakaaro on the tēpu, challenge each other and themselves.   Urupounamu will feature as a regular series on Te Ahi Kaa, it is recorded in the studio at  Moana Radio station in Tauranga and is available as a podcast.