What makes Māori art authentic? Is there a set of criteria that determines what is and is not Māori art? 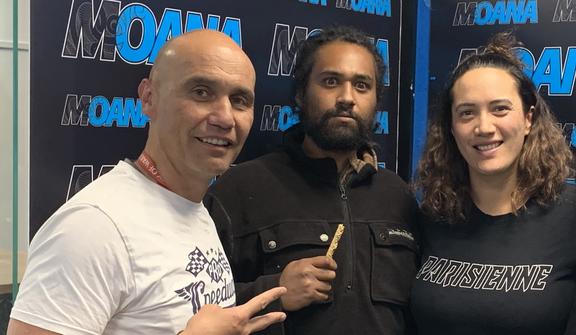 Ria acknowledges the many contributions that Pākeha have made to the musical arts, for example the work of Dr Richard Nunns and the revitilisation of tāonga pūoro. Māori language kaiako Ngairo Eruera talks about his mentor and teacher the late Te Murumāra (Dr John C Moorfield) who created the Te Whanake Māori language books and resources for language learning at different levels.

This episode of Urupounamu includes discussion around the appropriation of Māori art, taa moko and kirituhi.

Urupounamu is a kōrero session on kaupapa effecting Māori and focused on the tangata whenua experience in this forever changing modern world.  RNZ Producer Justine Murray, Māori Language Kaiako, Ngairo Eruera, and Moana Radio host Te Kehukehu Patara lay their whakaaro on the tēpu, challenge each other and themselves.   Urupounamu will feature as a regular series on Te Ahi Kaa, it is recorded in the studio at  Moana Radio station in Tauranga and is available as a podcast.