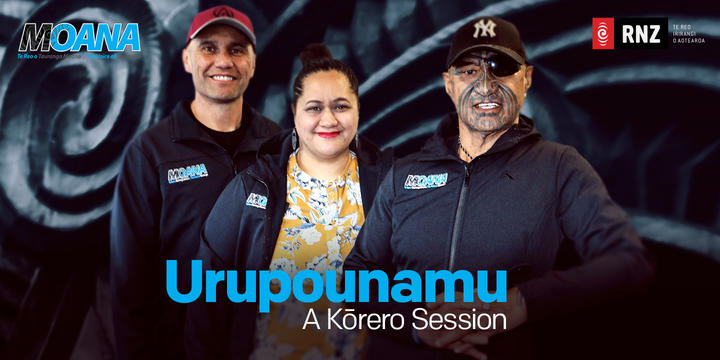 Kei hea ōu taumata kōrero? Where do you most feel comfortable speaking te reo Māori and why?

In episode one of this kōrero series on Te Ahi Kaa recorded during Māori language week, hosts Justine Murray, Ngairo Eruera and Te Kehukehu Patara break down what places they are most likely to speak te reo Māori and the reasons behind it.

As a graduate of Te Panekiretanga, a kapahaka performer and Māori language kaiako Ngairo Eruera understands that it takes energy and a conscious effort to speak Māori despite the language being part of every facet of his life.  From his home life to his career he understands that unless you are surrounded with a Māori speaking community, sometimes speaking te reo Māori can be a struggle. This month Ngairo has taken up the challenge of Māhuru Māori where participants can choose a few days, a week or the month to only speak te reo Māori, Ngairo talks about how his month is going.

Te Kehukehu Patara is likely to speak te reo Māori at the marae where occasions like tangihanga allows the language to flourish,  from the karanga to the whaikōrero.  Te Kehukehu has lived in Tauranga for many years but when he heads to his tribal homelands in Taiwhakaea or Tuhoe, he says that he is more likely to speak Māori  with his whanau because of its prevalence in the area. His ultimate goal is that his household and work space become thriving Māori language speaking environments.

After leaving Wellington to be relocated back home in Tauranga Justine Murray was able to set up a space at Moana Radio office, it was a full circle moment because it is where she first cut her teeth in Iwi radio. The Māori language is a core part of business, and became a place where Justine could converse with staff. Despite being a language student and a graduate of Te Pinakitanga  finding frequent Māori speaking environments outside of the marae is not easy.  Justine credits both Te Kehukehu and Ngairo with helping her learn new words, build up confidence and appreciate the nuance and depth of te reo Māori.

Urupounamu is a kōrero session on kaupapa effecting Māori and focused on the tangata whenua experience in this forever changing modern world.  RNZ Producer Justine Murray, Māori Language Kaiako, Ngairo Eruera, and Moana Radio host Te Kehukehu Patara, lay their whakaaro on the tēpu, challenge each other and themselves.   Urupounamu will feature as a regular series on Te Ahi Kaa, it is recorded in the studio at  Moana Radio station in Tauranga and is available as a podcast.