Justine Murray finds out how a regular coffee catch-up with whanau speaking only in te reo Māori has benefited a core group of kaumatua. 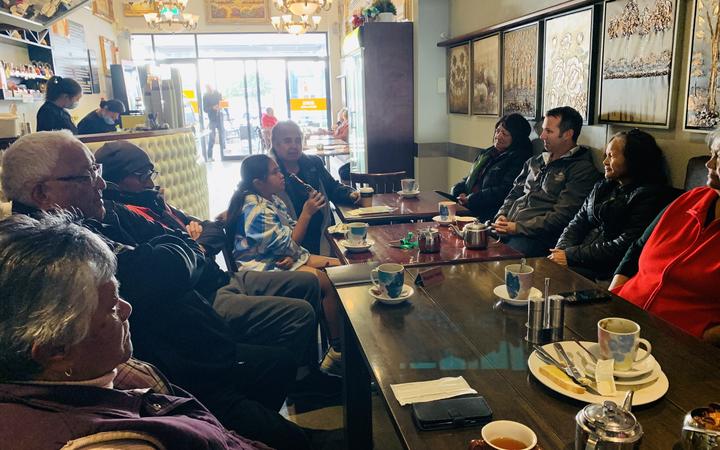 Professor Poia Rewi is the recently appointed head of the Māori language Board - Te Mātāwai and discusses the strategies Maihi Māori and Maihi Karauna, and to end the show Māori language educator Tiare Te Pana talks about the importance of good kaiako (teachers) when it comes to learning te reo Māori.

Te Ahi Kaa joins in on the kōrero at a morning te reo Māori club and Māori language strategies is the topic of discussion with Te Mātāwai board members Professor Poia Rewi and Tiare Te Pana.

Every Tuesday the pakeke kōrero club meet up at their local café to kōrero Māori. Over a coffee and a scone there’s laughter and banter spoken at various levels of te reo Māori. The club was set up a few years ago spearheaded by teacher and educator Ngareta Timutimu. The main purpose of the club is to allow the local kaumatua to speak te reo Māori and to add new words to their vocabulary. 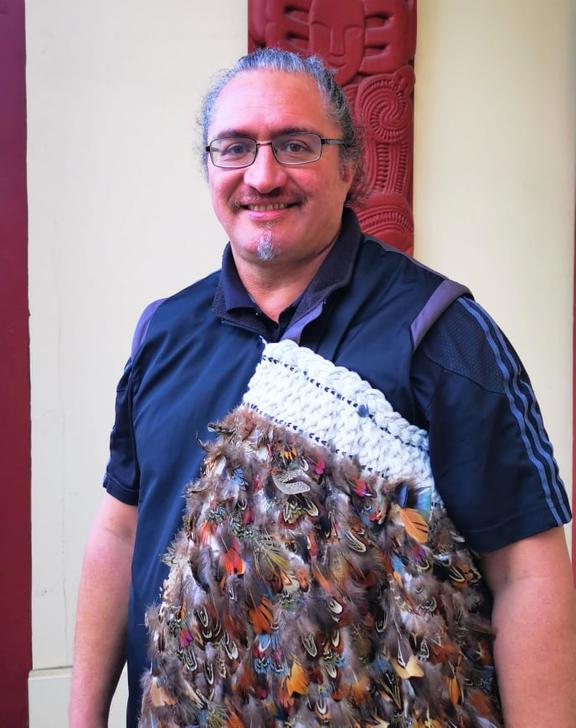 Developing the language in the communities is one of the main strategies of the Māori Language Board, Te Mātāwai. The mission statement ‘Kia Ukaipo anō te Reo’ is to nurture the language in the home. Funding streams are available for proposals where community groups drive te reo Māori plans.

In 2014 academic and author Professor Poia Rewi (Tūhoe, Ngāti Manawa, Te Arawa) was part of the Māori advisory group that reviewed the policy and strategies of the Māori Language Act.

“Statistics were telling us that things were not working, however anecdotally we were seeing some growths of the language around Kura Reo and specialised hui with regional dialectal focus, there were mixed views about the survival of the language at that time,” he says.

The review led to the establishment of the Te Mātāwai board which has thirteen members and includes seven regional (Kāhui a Iwi) representatives.

Rewi who was the former Dean of Te Tumu, the School of Māori, Pacific and Indigenous Studies at the University of Otago,  was announced as the new Tumu Whakarae of Te Mātāwai this year.

“Te Mātāwai is an entity that actually works on behalf of the people and that's what really attracted me to the position although we are still deemed as a government entity from many of our Māori, that’s probably been a misunderstanding, Te Mātāwai works to represent or work on behalf of our people” he says.

While there is a lot of work ahead of him including the impending Māori Media Sector Shift, he says the recent Covid-19 lockdowns have delayed discussions around the strategies Maihi Maihi and Maihi Karauna. 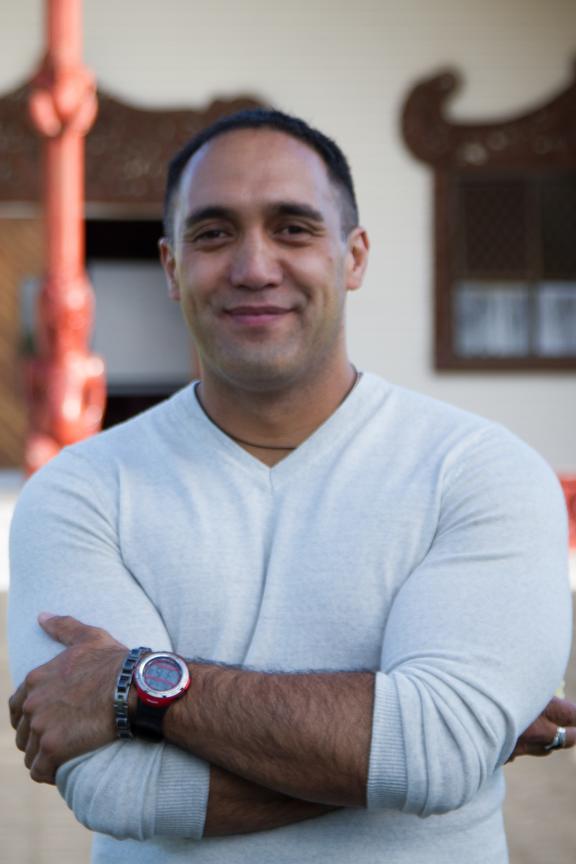 Tiare Te Pana is the Tainui Kāhui representative on Te Mātāwai and has worked for many years as a Māori language educator, today he is programme lead of tikanga and reo at the Raukawa Charitable Trust.

As a graduate of Te Panekiretanga (The School of Māori Language Excellence) he remembers being scolded for his incorrect use of the language but these days there is a shift away from that style of teaching, he says.

“Enhancing the language, enhancing the experience…I would suggest that the kaiako has to be fun and there’s lots of laughter and singing and making the experience enjoyable and connecting with the students,  te reo is one of those interesting things which a lot of Māori reconnect with…using te reo to reconnect with their whenua, with their whanau…with all of these beautiful tāonga.”

On the flipside to this, Tiare understands the pressure and responsibilities that fluent te reo Māori speakers face in their hometowns.

Over the years Tiare has built up relationships and learned from esteemed kaumatua and has noticed a new wave of upcoming speakers who rush into the role of being a speaker of their marae after learning te reo Māori,  he says.

“No, no don’t’ try and jump on that waka too quick. There’s plenty of time for that… spend a couple of years and really feel comfortable about yourself first.”