Aratika is a Rotorua-based charitable trust that run wellness retreats and meditation sessions for cancer survivors and their support people. This is the story of the Trust and the remarkable women behind it. 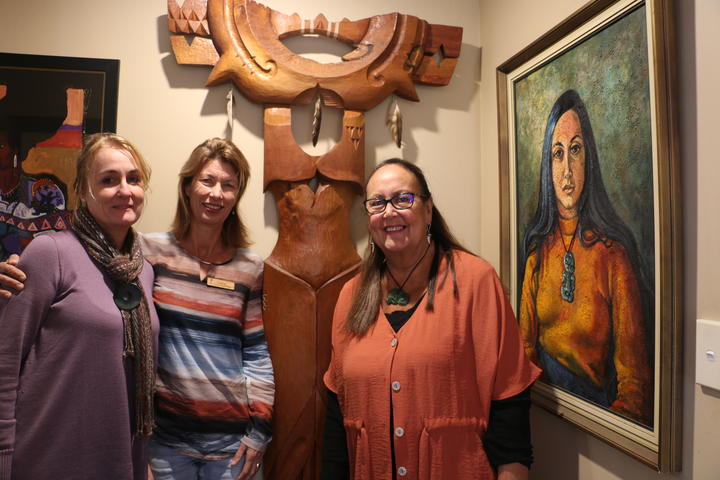 This programme is part of a series in which Justine Murray talks with whanau who have been diagnosed with cancer to get a sense of their life philosophies and the impact the illness has on their whanau.

June Grant clearly remembers the day she discovered something was wrong.

“I was overseas in New York and I was watching something on television with my hands on my chest…and I felt a lump with my middle finger at that very moment…I thought hey, something is really wrong.”

The accomplished Rotorua artist got a check-up three months later and was diagnosed with breast cancer.

She underwent chemotherapy and her world was turned upside down.

June says she became aware of her mortality and set about making video messages for her children and started a whole new series of what she calls legacy paintings.

That was eighteen years ago and today June is in remission.

What has changed in her life is her approach to her mental health, physical wellbeing and nutrition.

During the Covid-19 Level 4 lockdown, for example, June made lots of kombucha from her two impressive Scobys. She went on to help other friends and whanau make their own batches.

June is Tuwharetoa, Tūhourangi, Ngāti Wahiao. She was raised at Whakarewarewa Village and moved for a time to Wairoa, before returning to Rotorua.

Her links to Tūhourangi cemented her experience in the tourism industry, her ancestor is Makareti Papakura, famously known as Guide Maggie.

In 2010, she was made a member of the New Zealand Order of Merit for her service and contribution to Māori Arts.

June now works in cervical and breast screening promotion at Te Arawa Whanau Ora and is a trustee of Aratika Trust, a Rotorua-based organisation that organises wellness retreats and seminars for cancer survivors and their support people.

The formation of a trust was the idea of radiologist Dr Barbara Hochstein back in 2008. Dr Hochstein was keen to set up a support network for patients who had gone through their treatment and were doing well,

She contacted June and the women set about establishing Aratika Trust together.

“The trust was an idea to help people with different things that would support [them]… strong mental health [awareness] …for me it was art…We decided wouldn’t it be lovely to have this wonderful retreat house where we could go and listen to beautiful music and go into the gardens and make our own food? This is Barbara and I fantasising about what we could do and that was the genesis of Aratika,” June says. 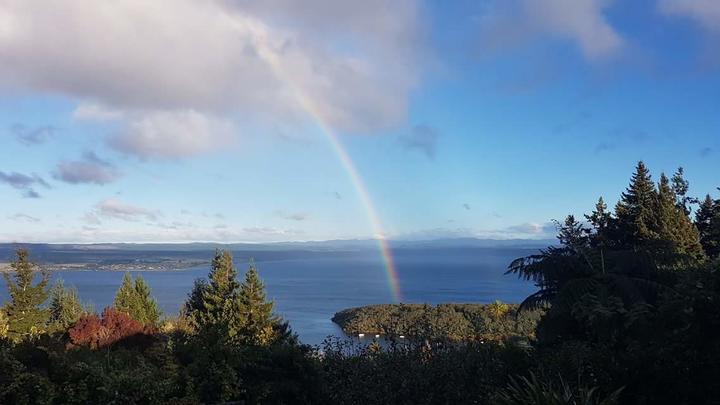 The retreats are held at Tauhara, near Lake Taupo. Photo: Supplied: Aratika Trust

Every year, Aratika holds two retreats in Tauhara, overlooking Lake Taupo. Today there is a waiting list to join.

The chairperson of Aratika Trust, Susan Brown, is a café-owner and fellow breast cancer survivor with an interest in mind-body medicine research and holistic integrative medicine practices.

When she was diagnosed, Susan had a few tumours in her breast tissue which had not shown up in her mammograms. The connections she made with other cancer patients led to her getting involved with Aratika eighteen months later.

“Within the fold of Aratika there’s an invisible cloak wrapped around you, I felt like I was resting in a hammock of aroha and support,” she says.

Aratika retreats are designed to give attendees a ‘safe space’ to share their stories about living with cancer.

During the five days, optimal nutrition is part of the retreat with plant-based food served. This holistic approach focuses on mental wellness, Susan Brown says.

The science of epigenetics also informs part of the retreats.

“That’s a really exciting arena in terms of what meditation does on a cellular level in terms of lowering stress hormones and increasing oxygenation, so we incorporate that…There’s a strong nutritional base [and a focus on] the power of the mind and emotions.” 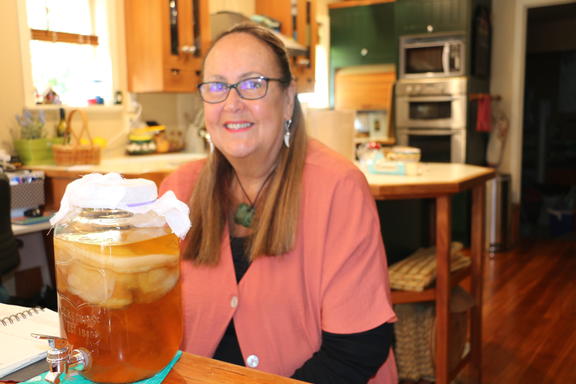 June Grant is a big fan of home made kombucha. Photo: RNZ/Justine Murray

Aratika's general manager Claire Gower-James - who looks after day-to-day operations - is described as the frontline of the trust and is in charge of the logistics and planning of the retreat.

Claire has a background in education and has worked as a Family Planning Educator and Clinical Trials Coordinator.

“I’ve been here [in the job] for 18 months now… I knew some of these amazing women [and] the opportunity came about for me it’s one of those dreams jobs, really. You get to do the job you really love and make a difference in people’s lives,” she says.