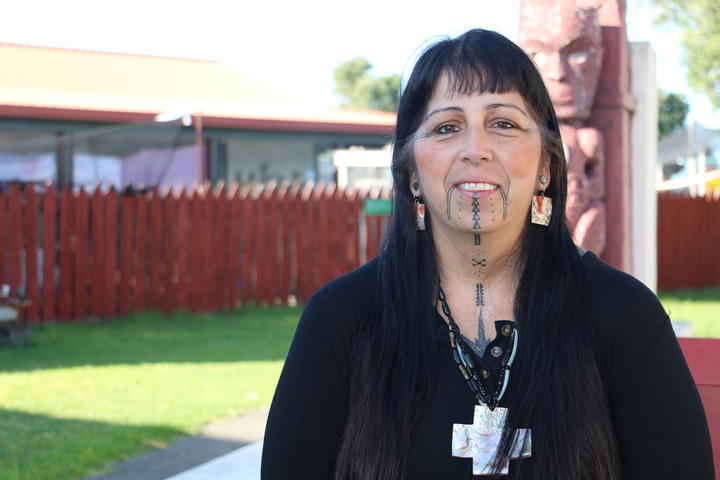 Heidi Lucero is from the Acjachemen and Mutsun Ohlone tribes of California. Photo: RNZ/Justine Murray

On March 9th Indigenous artists gathered in Tauranga for a week long wānanga at Whareroa Marae.  While some of the artists attended the event, others had to fly home before the border restrictions were imposed both here and in their own countries. Te Ahi Kaa attended the wānanga before the government imposed level restrictions. 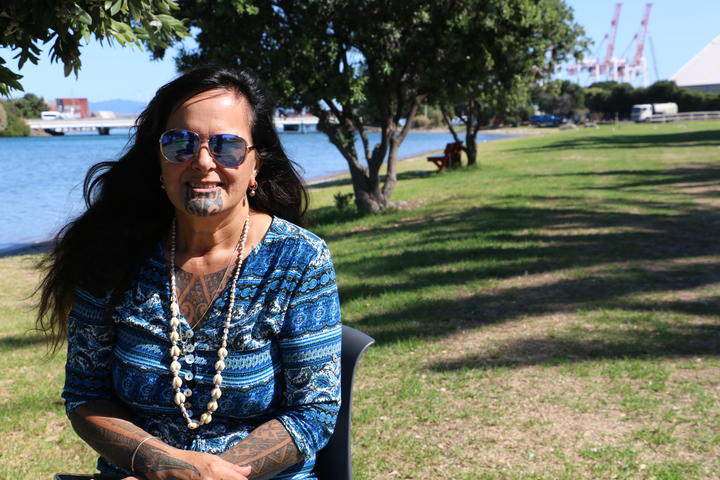 “We started with a wāhine kaupapa at a gathering that shared knowledge with Philippine and Tahitian artists from that, a number of kaupapa eventuated [there were] delegations of Māori going to Tahiti exploring our whakapapa connections and our origins from Hawaiiki and all through Polynesian, from those gatherings we’ve had this trust exploring nga toi o Mataatua” she says.

Tā Atea as an event provided the space for the artists to explore issues of colonisation and the revival of their traditional practices  Pengelly says artists can also gain some sort of solidarity because of the external pressure on their culture.

“The most compelling thing I hear is the way that we’ve been written about, that literature has been written by the coloniser and that we have to search really hard to find true meanly in our culture mostly missionaries and people that came, they were very patriarchal.” she says. 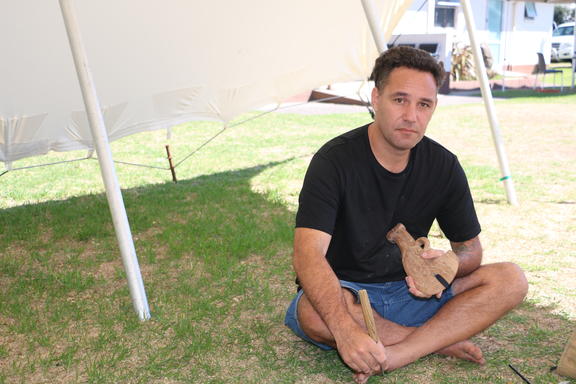 Daniel Ormsby is a multi-media artist based in Waitomo. Photo: RNZ/Justine Murray

Giving all your energy to the client is a must, that’s what Ngāti Maniapoto artist Daniel Ormsby believes after trying to juggle his commitments.

“You don’t want to get a fifty percent (effort) job...because I used to go into the moko room covered in wood chips trying to battle both…there’s demand for those jobs, we don’t’ want those carving jobs going to other areas, we lose our mana as Maniapoto by having other people do that” he says.

Based in Waitomo, Ormsby during the wānanga he was busy carving a 21st key made black maire as a way of acknowledging his recent achievements.

“He someone really close to me, he’s like a nephew he’s done really well in his life, a teenager finding his way…so I chose to do this as its fitting. I wanted that to be authentic for him”

Daniel studied carving alongside the late Paki Harrison at Te Wānanga o Aotearoa, he was part of the first intake for the degree programme. His first foray in ta moko was at the age of 15.

Heidi Lucero is a from the Mutsun Ohlone and Acjachemen tribes of California, she is an indigenous anthropologist and a tribal archaeologist. Her tribal territory include the land surrounding Disneyland and inland towards Monterey Bay on the central coast. Like many of the native Indians in the area, there is work towards reviving their lost art forms of tattooing. 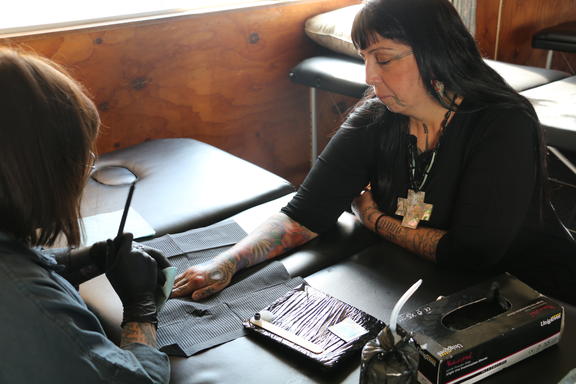 “We are in the process of reviving our tattoo rituals, they’ve been lost from colonisation for close to two hundred years…in Southern California we did stick and poke or handpicking style and we would use the cactus needle, or a fish bone to tattoo…in Northern California they did stick and poke style but they used the obsidian blade to cut the skin and rub the pigment in” she says.

Tattooing for Heidi is a cultural art form but because there are no more traditional practitioners to do the face markings, there is a swell of interest to carry on the custom within her tribe. Heidi joined six other women and learned the tattoo method of hand poke, her ultimate wish is to take the practice back to her community.

“Part of my project was reclaiming our stories have having our stories told by ourselves instead of by an anthropologist or some non–native person and so part of that process was to empower our women to reclaim the art of tattooing” she says. 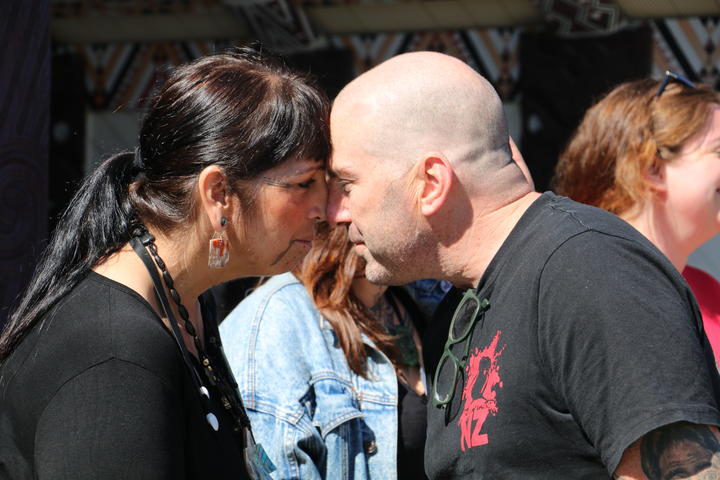 Heidi Lucero works as an anthropologist and archeologist for her tribes in Southern California. Photo: RNZ/Justine Murray