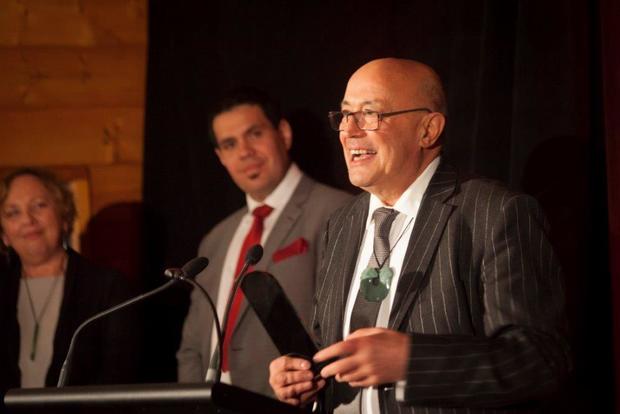 He Toi whakairo, he mana tangata, where there is artistic excellence, there is human dignity.

Dr Piri Sciascia (1946-2020) spoke these words during his acceptance speech at Creative New Zealand’s Te Waka Toi awards in 2016. The award Nga Tohu a Tā Kingi Ihaka was aptly named after composer Kingi Ihaka who wrote a number of songs and haka, he formed one of Wellington’s first kapahaka groups, Ngati Poneke Māori Club. Sciascia himself would pursue that excellence in the 1970’s having formed the oldest kapahaka group of Ngati Kahungunu, Tamatea Arikinui.

“My growing up was much earlier I suppose and our artists culture was more in the performing arts and oral arts so I’m reaching back into people like Tuini Ngawai…I remember watching her at the hui tōpu in the sixties, whatching taiaha experts like Pita Awatere.”

Well known composers Kani Te Ua, and Paraire Huata were also part of that calibre of writers admired by Sciascia. An old boy of Te Aute, he studied at the University of Otago and Victoria University in Wellington and graduated from Teachers training college. The trajectory of his career would take on many facets, he was held leadership roles with the Queen Elizabeth Council for Māori and South Pacific Arts that would be the driving force of Te Māori, the watershed exhibition that showcased Māori tāonga to international audiences in museums in New York, San Francisco and Chicago, before it toured throughout Aoteaoroa in Te Māori: Te Hokinga Mai. Broadcaster Henare Te Ua (1933-2007) interviewed Piri Sciascia at the Metropolitan;

“There’s tremendous power in our tupuna’s work…the spirit is here and as we as people came in…bringing to this collection ourselves and the things that we know and belive in brings this whole thing alive.” (New York, 1986)

He toured with the Māori Theatre Trust in the early 1970s, and held positions in the promotion and retention of tāonga Māori. Career wise Sciascia worked as a lecturer at Teachers Training College in Palmerston North, he worked at the Department of Conversation, and for sixteen years he worked at Wellingtons Victoria University, he was deputy vice chancellor when he left in 2016.

“I regard my finishing at Victoria University as a kind of pinnacle for my work career and I’ve been very lucky and privileged with all the turanga that I’ve worked on.” (Rotorua, 2016)

In 2013 Piri Sciascia was appointed an officer of the New Zealand Order of Merit for his service to Māori arts, he was the recipient of the Keeper of Traditions award at the Waiata Māori Music Awards in Hastings, 2008.