Produced by Frances Morton and presented by Kahu Kutia.

He Kākano Ahau is a six-part series is an RNZ Podcast commissioned as part of the RNZ and NZ On-Air Innovation Fund. Te Ahi Kaa will feature each episode here. This week Ihumātao tells the story of one hapū's fight to remain connected to their ancestral land in urban Mangere, and asks what it takes to build an indigenous resistance movement.

The day after protectors at Ihumātao were issued with an eviction notice, Kahu Kutia found herself on the last flight of the night to Auckland city to find out more about the plight facing tangata whenua of Ihumātao.

There are those who say that we now live in the post-colonial era, but for six cousins at Ihumātao, and their many supporters across Aotearoa, the process of colonisation is very much alive.

On July 23, a group of land protectors were issued an eviction notice by police after three and a half years of occupying their ancestral land. They oppose the plans of new owner's Fletcher Residential to develop their papakāinga into 480 homes.

Pania Newton is one of the founding six cousins of this movement. She has since become the face of a struggle that resonates not only with other Māori, but with indigenous people across the world, notably Mauna Kea. 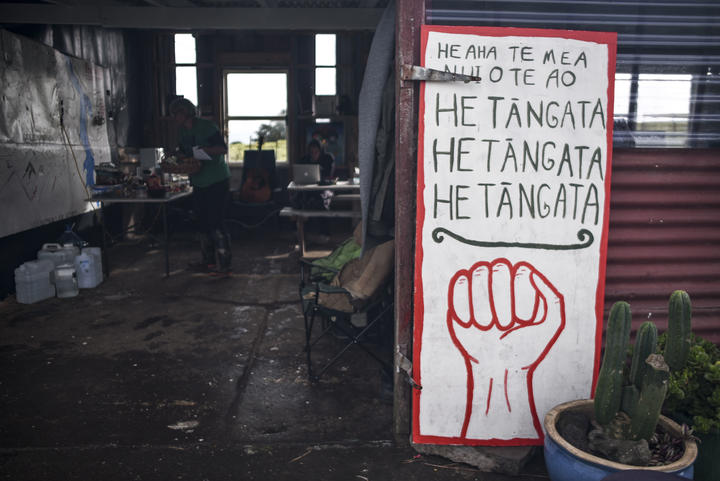 Prior to eviction, Kahu Kutia had spent time with Pania and in the days after the eviction, Kahu joined thousands of people travelling to Ihumātao to stand in solidarity with the occupation.

The common narrative championed by Fletcher Residential, the local tribal authority Te Kawerau a Maki, as well as prime Minister Jacinda Ardern and many of her Māori Labour MP's has been that this a struggle of young versus old; a simple case of unruly rangatahi disagreeing with their knowledgeable elders.

The reality on site is that the resistance at Ihumātao is supported by whānau from all generations of the local hapū as well as kaumātua at Makaurau Marae.

Speaking to Kahu at Ihumātao, Pania Newton had this to say.

"Seeing our whānau return back to their whenua and feel empowered to reclaim our tino rangatiratanga and our whenua has been a highlight for me. Watching our tamariki and our mokopuna walk across this land which is something I never got to experience when I was younger because it was always in private ownership, that too has been a highlight for me." 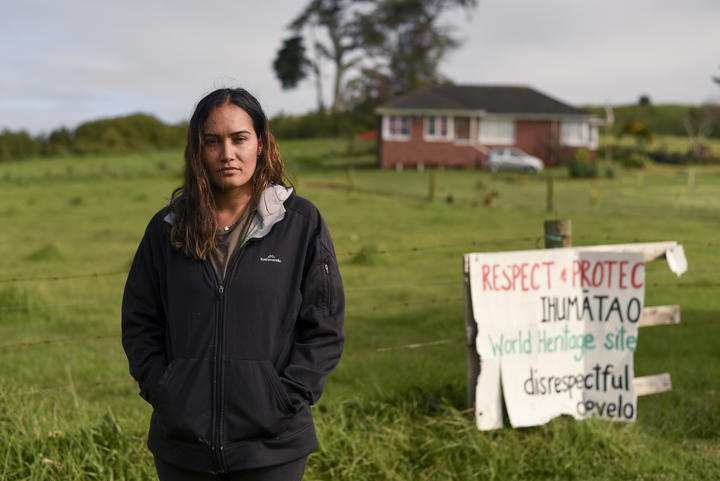 In this episode of He Kākano Ahau, Pania also speaks about the challenging of tikanga. The idea that a teina never questions a tuakana was something that Pania had to overcome. It is a challenge that became apparent early on in conversation with the chair of Makaurau Marae.

"Our chair always said that at one point we may come to a head in the future. And we acknowledged that and in many ways it reared its ugly head but it hasn’t been enough to make us want to ditch the campaign."

Kaumātua and current Makaurau Marae Chair Isaac Rakena has been vocal in his support of the Protect Ihumātao movement. 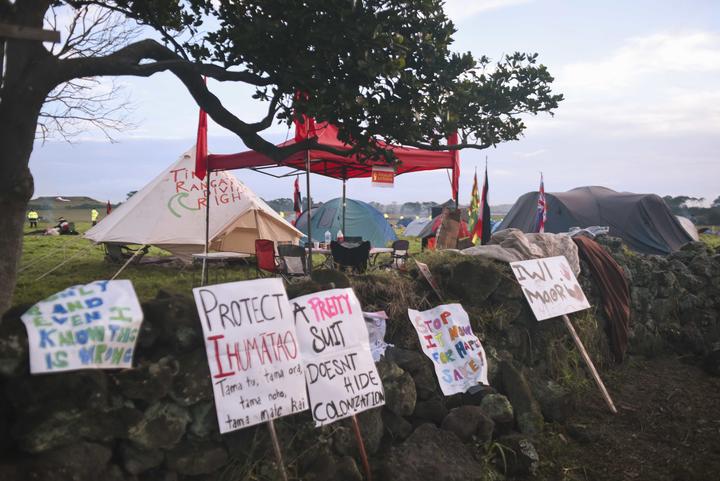 Pania Newton speaks candidly to Kahu about what was required to start a resistance movement like this. Pania's leadership has earned her comparisons to other influential Māori wāhine including Eva Rickard, Dame Whina Cooper and Te Puea Herangi.

As thousands flock to the land, Ihumātao becomes a symbol of hope not just for Ihumātao, but for te iwi Māori as a whole and wider New Zealand.

Paddy, 24, is Pākehā and spoke to Kahu about why being at Ihumātao was important to him.

"It's my belief that if you want to do anything about racism and decolonisation in this country it’s a very simple choice whether to support this cause or not."

Ihumātao has become more than a Māori issue. For those who protect the land, Ihumātao is also a health issue, a wellbeing issue, a climate change issue, a heritage and culture issue, a human rights issue.

Pania has every intention to fight for her land and these issues for as long as it takes.

"Over the years we have become conditioned to having this great sense of hopelessness or this sense of having to accept and adapt a move on from any injustice that we've had to face in the past."

He Kākano Ahau is an upcoming podcast written, researched, and hosted by Ngāi Tūhoe writer, activist, and young person Kahu Kutia. Kahu now lives in Wellington after spending the first 18 years of her life in the valleys of Te Urewera.

Over six episodes, Kahu explores stories of Māori in the city, weaving together strands of connection. At the base is a hunch that not all of us who live in the city are disconnected from our culture. The full series will be available soon at RNZ Podcast and Series and feature weekly here on Te Ahi Kaa.