“This is one of the happiest days of my life, for all the critics who said it couldn’t be done, we had hope to build a waka like yours.”

These words were spoken by Nga Puhi leader Sir James Henare in 1985 in response to a visiting Hawaiian crew who had sailed in their canoes to the shores of Aotearoa. The late Sir Hekenukumai Busby was there and hearing those words stirred something inside of him that would lead to a pathway to waka building, ocean voyaging and wayfinding.

On May 15th the tangihanga (funeral) of Hek, as he was known to many, was held at Te Uri o Hina marae in Pukepoto. Hundreds travelled to the Far North to farewell the leader who forged close ties with the wayfinding community in the Pacific and lead the charge of bringing about awareness and education in celestial navigation and waka building. 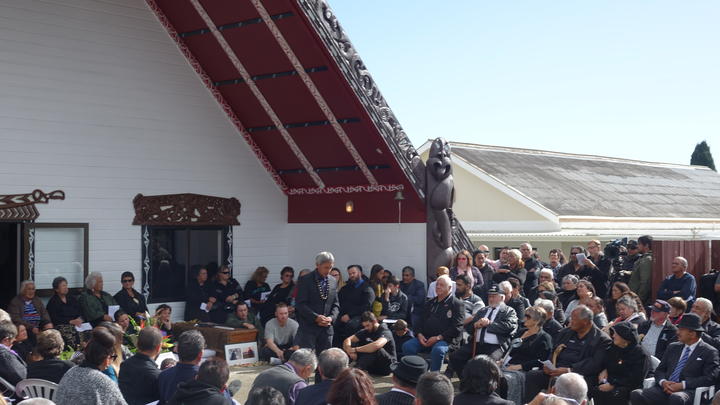 Nainoa Thompson at the tangihanga of Hekenukumai Busby - May 15th. Photo: RNZ/Mani Dunlop

Hekenukumai was raised in the Northland on a farm, where he and his family had to milk their fifty or so cows by hand, there’s two mantras that he lived by – there is no such word as can’t and if you look after the pennies the pounds will look after themselves.

Hekenukumai went to school in Pukepoto, milking cows was part of his chores, all done by hand because they had no milking machines.

“We were just farming kids, our parents didn’t have much money but we never starved, they were beautiful mum and dad.” He said in an interview with RNZ in February this year.

Hek worked in a bakehouse for a year in Kaitaia and decided to follow his mates into the cement works, but after a few years the dust was impacting his health so he turned to bridge building. This lead to a business venture alongside his two brothers. The company went on to construct over 150 bridges in the Northland region. 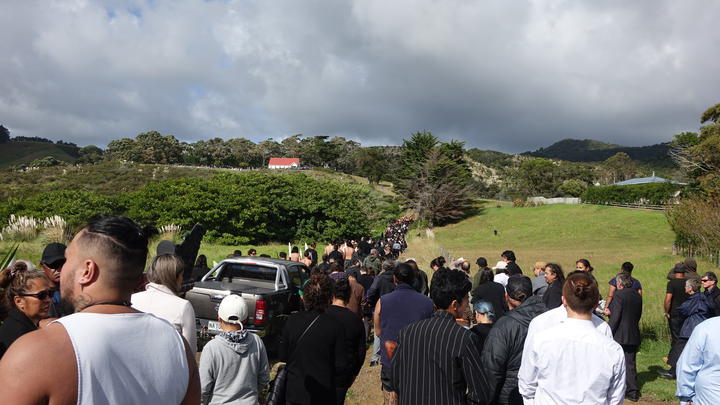 The crowd walk to the ancestral urupa at Pukepoto. Photo: RNZ/Mani Dunlop

In 1985 the words of Sir James Henare seemed to resonate, in 1989 Hek attended his tangi and made a promise that he would build a waka and bring about awareness to celestial navigation.

From this period of time, Hek who set about doing exactly that, Kauri trees from Herekino forest were felled, Hekenukumai set about building Te Aurere, named after the place where it was built.

The maiden voyage of Te Aurere to Rarotonga took place in 1992, before it set off the waka had to undergo a number of sea trials. Broadcaster Haare Williams was in the Northland and talked to the young crew members before they embarked on the voyage later that year. 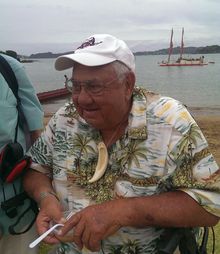 From that time until his recent passing on May 11th, Hekenukumai has been instrumental in building not only waka, but relationships. With both experienced Navigators who began as his students.