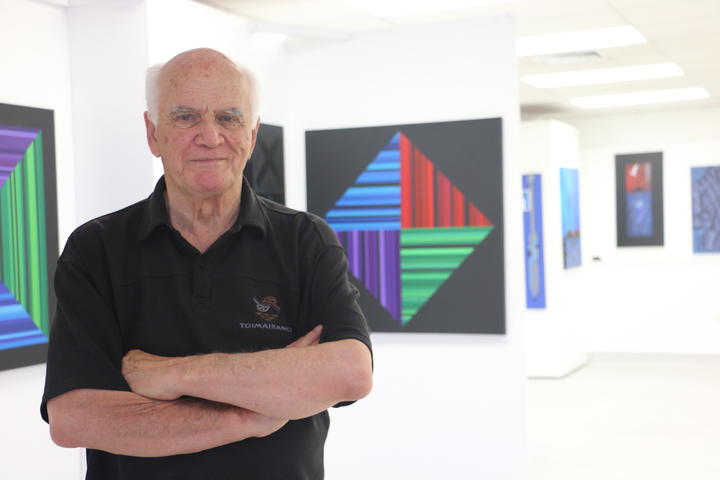 In this series Influence Te Ahi Kaa explores the landscape of Māori Arts, Education and Te Reo Māori with leaders in their field who continue to share their knowledge and inspire a generation of students.

Dr Sandy Adsett is as passionate about Māori arts as he was some fifty years ago, he points out the installation pieces and art by his students of Tōmairangi, the Māori Visual Arts school at the Hastings campus of Te Whare Wānanga o Aotearoa.

The revered artist and painter moved home to Hastings in 2002 to set up the school. Māori visual arts and education is the foundation of Adsetts career, with both of his parents from Ngāti Pahauwera, Sandy was raised in Raupunga and attended the local native school.  His mother has links to the Gemmell whanau of Scottish heritage which makes for a good yarn.

“He (Gemmell) had an interesting life he got bumped off by this third wife’s brother when they felt he may have been spying for the constabulary, whether it was true or not, it makes for very interesting history.” he says.

As a child Sandy says there wasn’t a lot of art around, there was an old whare and kōwhaiwhai images around the doorway of the native school.  But he does remember his grandparents sending parcels from Wairoa to the farm via the freight train.

“They’d feel sorry for their grandchildren stuck on the farm, they used to send a tin of condensed milk and some luncheon sausage and I wouldn’t let them (his siblings) go near it.” he laughs. 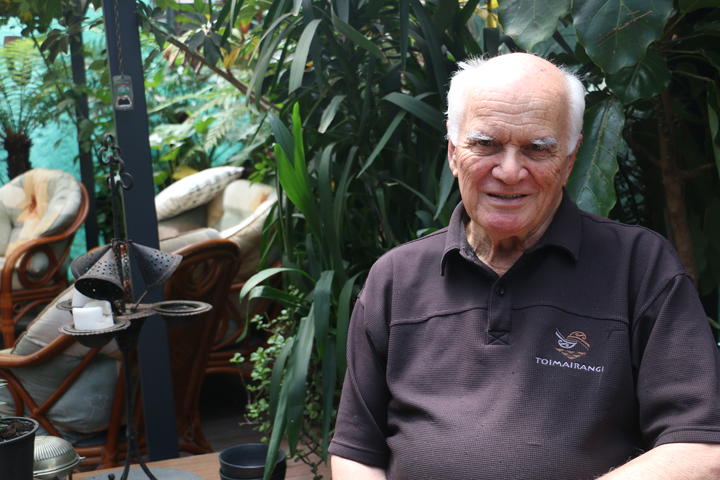 And along with the treats, on occasion they would send drawing and picture books

“Because you’re on the farm and there’s not a lot to do, I did a lot of drawing…and it just carried on through primary and secondary school.”

When his family moved from the farm, Sandy had chores that included milking the house cow, his father ran a picture theatre in Nuhaka and when he left native school, he attended Te Aute Māori Boys School for four years.

“It’s one of those places that our friends that we made during that time…if I see them now…even if I haven’t seen there for twenty years it didn’t matter…..”

Sandy attended Ardmore Teachers training college and eventually became an arts advisor, the job took him to regions where he would show teachers the Māori arts syllabus at the time the programme was supported by Gordon Tovey. He remained in advisory roles throughout the 1980’s and 1990’s. In 1987 Ivan Ehau (1946 – 1952) set up the Māori Arts programme at Tairawhiti Polytechnic, Sandy joined the team as a tutor in 1992.

Learning was not restricted to the classroom, the students undertook restoration work at marae, schools and community halls. The worked on the library at Ngata College under the guidance of carver, Pine Taiapa. Being out in the community also created a space to showcase work.

“We would have displays in the dining rooms wherever we could because people brought their work along…young students were coming in to experience it, and we couldn’t wait for the next year to come round, because we just wanted to hang out.” he says.

Over the years Toihoukura has trained Māori artists many of whom excel in their chosen field either visual arts, Māori performing arts or taa moko (customary Māori tattoo).

“It’s always a positive to know that during that time that they picked up enough of the practice itself and the fact that were having to take exhibitions overseas…the tertiary offered not only the visual arts but also the performance arts.” he says.