The use of rongoā Maori (traditional Maori remedies) in battle

During the NZ Wars, Māori used native plants to numb their muscles ahead of combat and to heal the wounds they suffered on the battlefield, says rongoa Māori (traditional Māori healing) practitioner David Kukutai Jones. 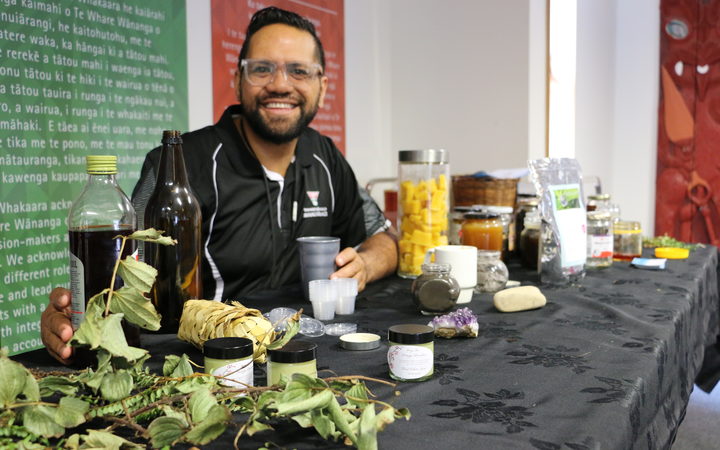 David Kukutai Jones is a Rongoā Practitioner based in Whakatane. Photo: RNZ/Justine Murray

Listen to highlights from David's presentation at the recent summit on the NZ Wars, Te Pūtake o Te Riri.

In his presentation, David draws on recipes and information given to him by his former tutor at the University of Waikato.

He says that in the midst of inter-tribal warfare and battles with the Crown, Māori used tonics, balms and ointments for pain relief and poultices were used to cover wounds before going back into battle.

“We used clays ingested or applied as a topical treatment… there were various oils rubbed on bodies before going to war so they couldn’t feel anything… I have been very fortunate to have been given access to some of that Rongoā and Mātauranga Māori (traditional Māori remedies and knowledge).” 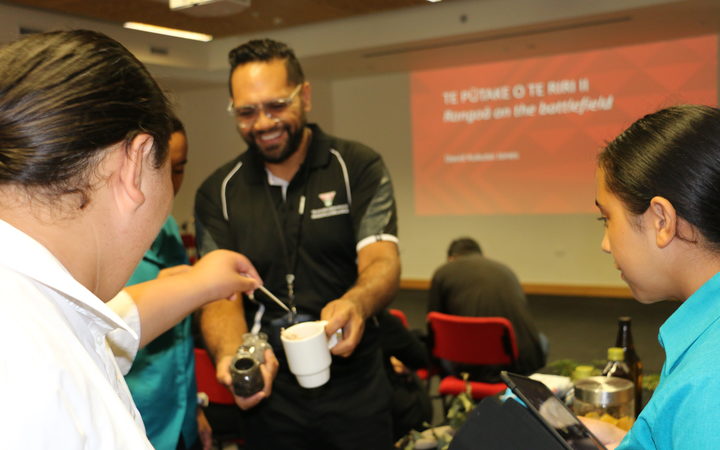 David shows students how clay was used as a poultice on the battlefield. Photo: RNZ/Justine Murray