Descendants honour kuia painted in the 1970s at Auckland exhibition 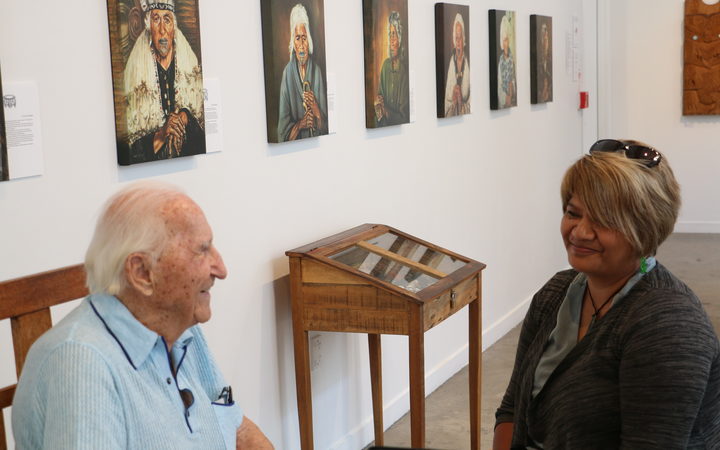 When artist Harry Sangl immigrated to New Zealand in 1971 he was so inspired by Goldie and Lindauer paintings that depicted early Māori life that he soon set off in his caravan to the rural Tuhoe Valley in the Eastern Bay of Plenty to ask kuia – elderly Māori women – if he could paint their portraits.

Sangl was met with suspicion – and denied permission – but after over four years of building up their trust, 34 kuia agreed.

As a tribute to his portraits, the exhibition Te Kuia Moko is running at Auckland's Depot Artspace until 22 March.

Justine Murray visits the gallery and talks to some descendants of the Kuia and to Harry who at 97 years of age can still recall a few special moments from the early 1970s.

Caline Ruri-Kerr is the guardian of a first-edition copy of Sangl's book The Blue Privilege which features a portrait of her great-great-grandmother Rangi Ruri.

She says the story of her receiving her moko was traumatic – she was held down and it was so painful that her upper lip was left undone.

Caline jokingly adds that she has apparently inherited her great-great-grandmother's lazy eye. 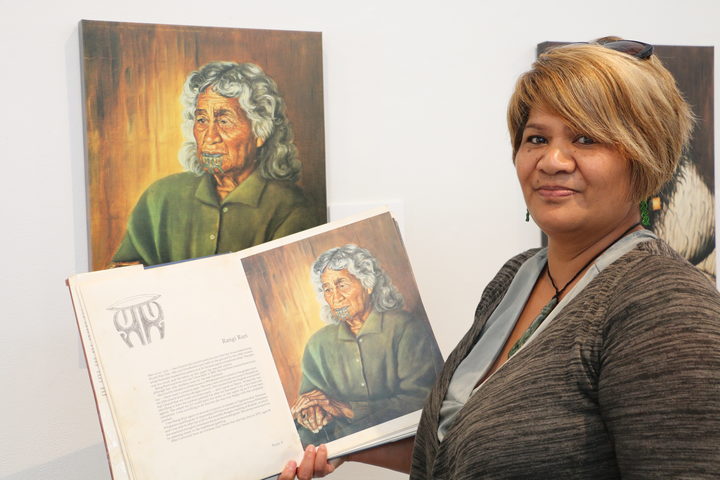 The book is important to her, its pages are ruffled and the corners have weathered 40 years.

Caline knows most of the 34 kuia contained in the pages and their stories.

She says the book has left her many times but she is the book's kaitiaki [guardian].

In recent years, Caline says that her own children have taken to reading it too, and her mokos [grandchildren] sometimes sleep next to it.

Caline didn’t know much about her great grandmother Rangi so it is with interest that she gets to meet artist Harry Sangl who travelled parts of the Tuhoe Valley in the Eastern Bay of Plenty during the early 1970's asking kuia (elderly women) if he could paint them.

Sisters Rovina Tata and Christine Knight have travelled from across town to see Harry.

They have brought in old black and white photos of their grandmother Makarita Hose and written on A4 paper. 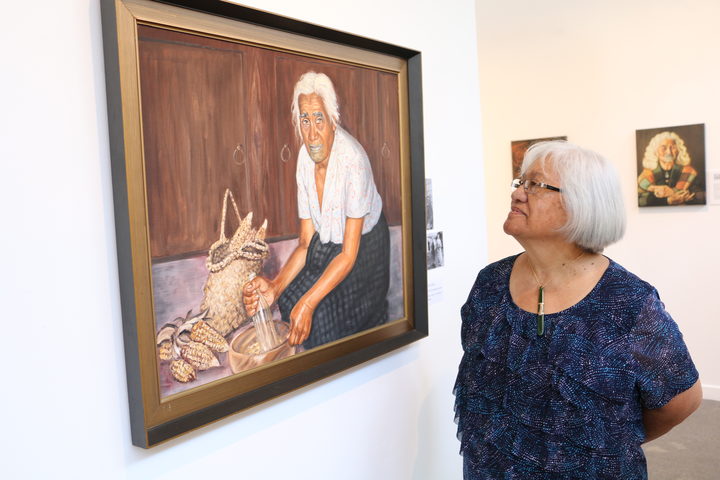 Rovina Tata next to the portrait of her Kuia Makarita Hose. Photo: RNZ/Justine Murray

The sisters show Harry their whakapapa that begins from Horouta, the captain of the Tainui Waka all the way down to Makarita, down to Rovina and her family.

Both sit with Harry as he shares stories about his time painting her in the Tuhoe Valley.

Co-curator Jermaine Reihana has been working behind the scenes for the past year to get the exhibition up and running.

During the installation process at Depot Artspace, one clear theme was that most of the kuia received their moko from Tame Poata - a well-known artist at the time.

“Tame was part of refining the practise… he pops up quite regularly… To experience them in the space together is quite moving, the wairua, the mauri of these kuia is apparent.” 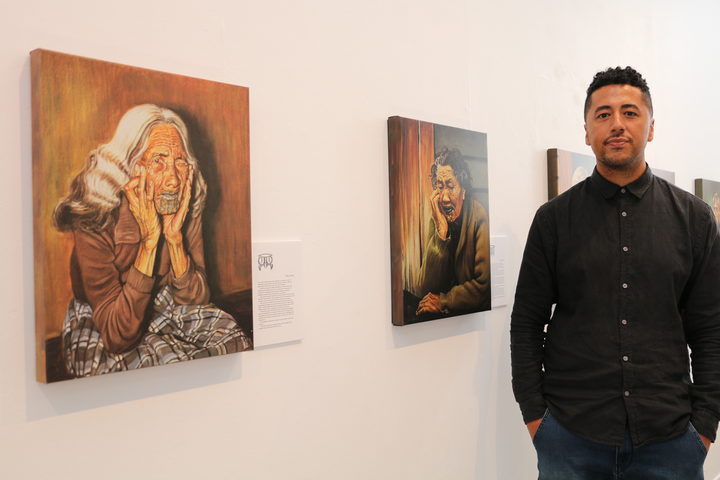 Harry and his daughter Mikaela were involved in bringing back the exhibition of original portraits, which last toured the country in 1994.

Brierley Investments bought the paintings and they were shown in galleries and marae across the country, however the current whereabouts of those original paintings is unknown.

Mikaela Sangl was just a young girl when her father was driving around parts of the Tuhoe Valley asking kuia if they could sit for him.

Her father Harry is 97 years old even though he moves a bit slower these days and uses a walker, he can still recall moments almost forty years ago when he formed a close bond with each of the elderly women.

Some passed away before he got the change to paint them, others allowed him to do so even though their families disapproved, and other’s came around over cake and tea.

Harry immigrated to New Zealand from Prague in 1971 and took a liking to Godfried and Lindauer paintings which inspired him to paint the kuia and produce the book. 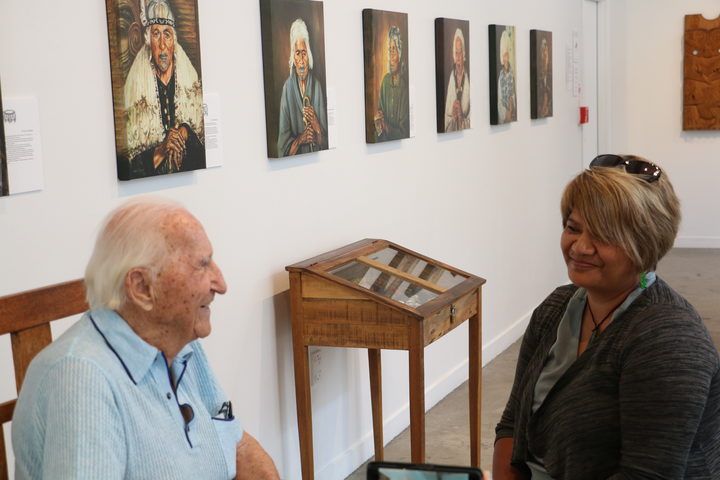