It was the words of James Henare that inspired Sir Hekenukumai Busby to pursue a career in ocean voyaging and waka building.  From the early 1980’s the former bridge engineer's work would go on to influence a new generation of ocean voyagers. On February 4th, Sir Hek was knighted at the investiture ceremony at Waitangi.

To mark the occasion, Te Ahi Kaa features a range of interviews that have featured on the programme.

For the past forty years Sir Hekenukumai Busby has been at the forefront of reviving the practise of celestial navigation and waka building. 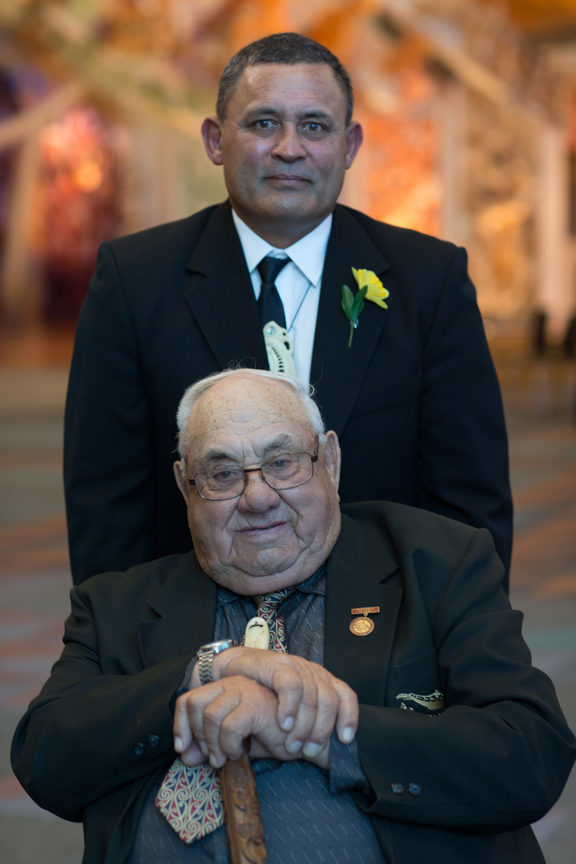 In 2013 Jack Thatcher captained the embarked on a ten month ten thousand nautical mile journey from Auckland to Rapanui, that same year he was nominated for an award at Te Waka Toi awards that celebrate Māori and their contribution to the arts.   Sir Hek accompanied Jack to the ceremony in Wellington where the pair sat down for a chat about their relationship that began in the early nineties made memorable by the time Jack stowed away on board Te Aurere.

In 2012 Te Ahi Kaa visited Sir Hek’s home in the Far North where he explains the workings of his star compass, a 360 degree circle marked by pou that give readings of the stars, the sun and horizon.

From in an interview in 1992, Haare Williams is in Aurere, Kaitaia where the first maiden voyage of Te Aurere is months away.  Williams’s interviews Sir Hekenukumai and Charles Wilson about the training involved for the young crew members.