As part of te wiki to te reo Māori, Te Ahi Kaa looks at life in the classroom with student Pat Old and teacher Justin Kereama. 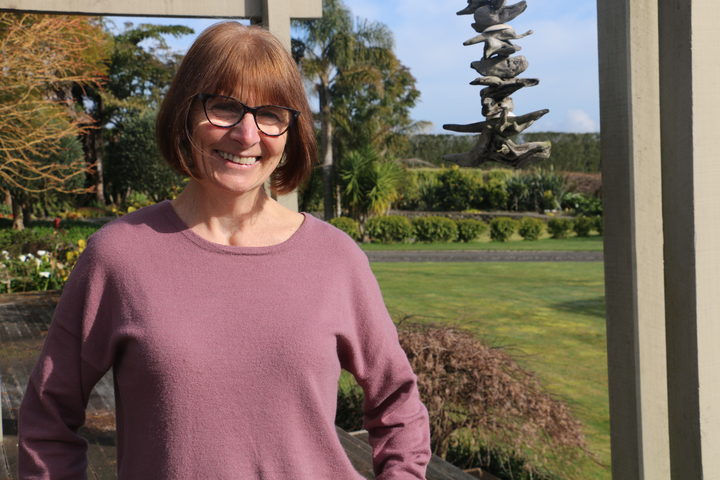 Pat at her home in Pyes Pa. Photo: RNZ/Justine Murray

Pat Olds is a semi-retired fibre artist who lives on the outskirts of Tauranga.  When she attended her daughter’s wedding to a Māori, language proved to be a major barrier and she was inspired to study te reo.

“The wedding reception was at Pārāwera marae, we were sitting there up the front and I couldn’t understand a word that was being said during the whaikōrero, so I thought 'if this is going to be part of my future then I have to learn'”

Justin Kereama has been a teacher of te reo Māori for 15 years and has heard a lot of excuses for not learning the language.

“I’ve heard people say 'oh, I was never brought up in the reo'.

"Then go to class or go to somewhere you can learn to reo.”

She credits the whanau atmosphere in class with making learning easier.

“I try really hard to understand what’s being said and it doesn’t always work and I can sometimes say the wrong thing, but [our tutor] tells us 'well, if we’re making mistakes we’re in the right place'." 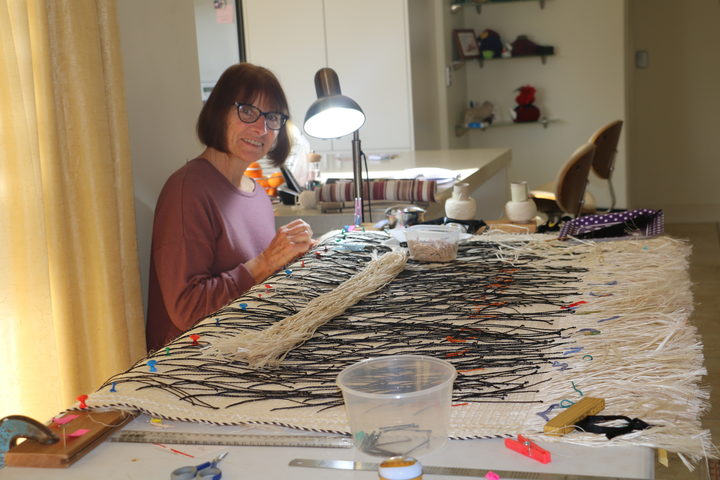 Pat Old is a semi retired Fibre Artist and graduated this year with a Degree in Māori Arts. Photo: RNZ/Justine Murray

Pat is originally from Wakefield in the South Island and didn't see many Māori in her community there.

Despite this, she’s always been interested in the culture and enjoys learning the context of different words.

“I think the way the kupu, the language, is tied in with whakatauki ... with the way of life for Māori, I go onto the marae and [see] the special traditions ... I really enjoy the community.”

Her daughters married into Māori whānau and Pat says everyone in her family have either learned or are learning the language.

Pat has spent the past nine months finishing off a korowai fashioned from muka with hukahuka tassels. From time to time she is commissioned to create pieces and likes to make kete (flax bags) and porowhita (circle flax designs). She says it will be kete for Christmas this year. 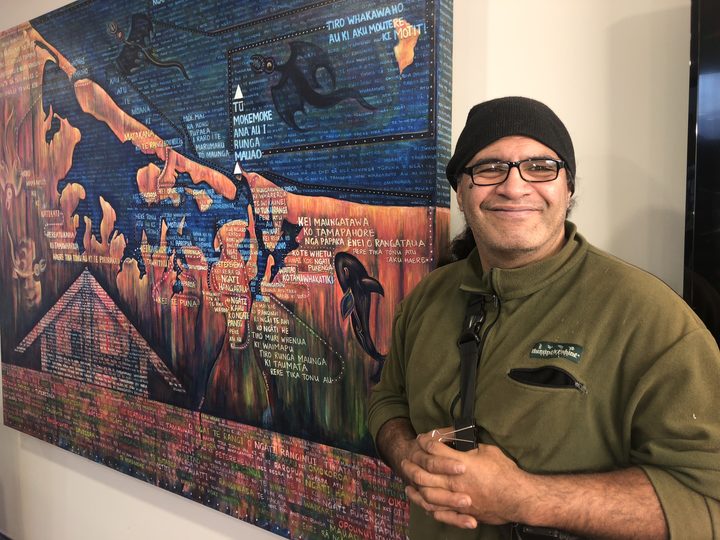 In his fifteen years as a teacher of te reo Māori, Justin Kereama has heard a lot of excuses for not learning the language.

Justin is aware that his comments can sound harsh, but he has spent 15 years both in Auckland and the Bay of Plenty teaching the Māori language.

Today he teaches levels three and four Te Ara Reo and even though other classes are filled with waiting lists, his class has a different makeup.

"Most of the students are retirees, others are employed in shift work, and some haven't done any tertiary study", he says.

Te Ara Reo is not an immersion class, but an "accelerated learning environment" where new subjects are taught every week.

Homework is described as "homeplay" so that students don't take it too seriously.

“We have formulated scripts and [it's] not really serious ... tonight we’re doing assessments with kupu takitahi (singular words) and I know it sounds freaky but sometimes we sing too,” he says.

Born and raised in Ruātoki, Justin is also a musician and plays percussion alongside his partner Whirimako Black.