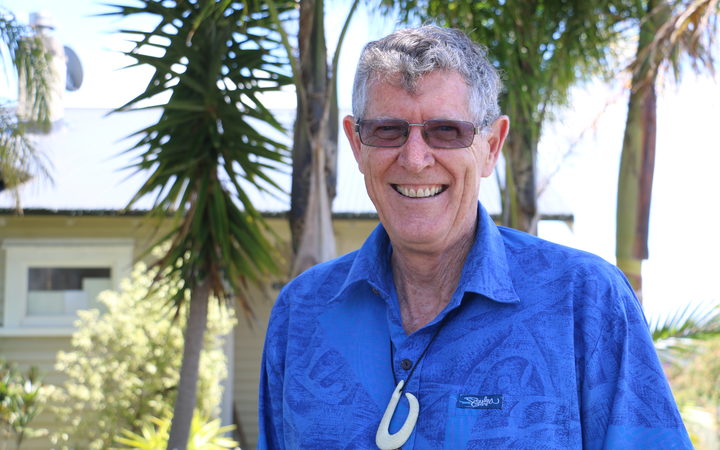 John McCaffery has spent most of his life studying languages, literacy and linguistics. Photo: RNZ/Justine Murray

This month Te Ahi Kaa presents stories relating to te reo Māori (Māori language) in its past, present and future.

When the Te Reo Māori Society gathered support for the Māori Language Petition they faced threats of violence, people set their dogs upon them, and they were pushed and shoved.

“Te reo Māori members were punched and pushed, petitions were grabbed at to be torn up… there was a lot of opposition… I got treated better but my Māori colleagues were seen as someone pushing it down people’s throat … I expected that. I knew those views were there.” he says.

For most of his career John has worked in literacy and languages, when he finished school he travelled to Tonga on a volunteer service scheme for the Department of Education assessing the English of Teachers and students. Upon his return his mother had applied to Wellington Teachers Training College on his behalf.

“I wound up in the social studies department with Tipene O’Regan and Barry Metcalf of course that famous Pākeha Māori one of the few who could speak Māori really well, [he] could compose Māori poetry and knew about Oriori…they ran the first Polynesian Studies Courses at Wellington Teachers Training College.” 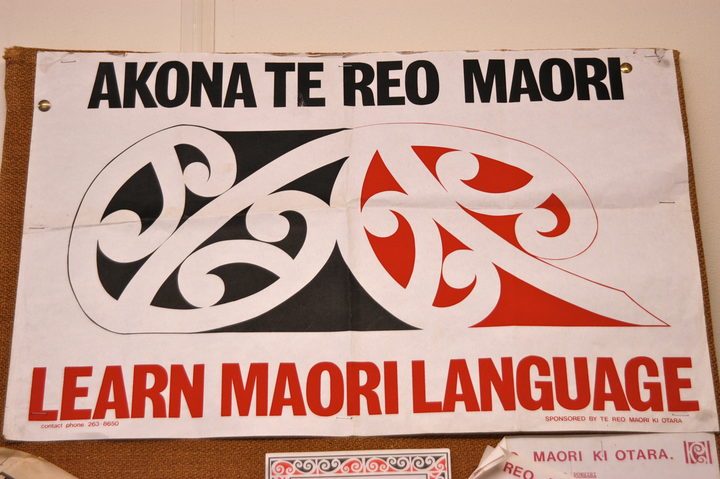 John McCaffery was born in Auckland and raised Irish Catholic,  while his great grandfathers were fluent speakers of Gaelic, it was not something he picked up because his grandfathers and father were too shy to speak it.

As a student at Victoria University - John was there before the society was formed - the idea to establish a group came after a trip to East Coast with Pine Taiapa and Bernie Curnow.  The trip focused on the communities in the region, students spent time at Te Poho o Rawiri marae and met with composer Ngoi Pēwhairangi. During this time students discussed issues affecting them.

“To see a glimpse into that world that was still staunchly Māori speaking and very proud of that, it had a huge influence on us as students who were growing up in an urban area without access to those things,” he says. 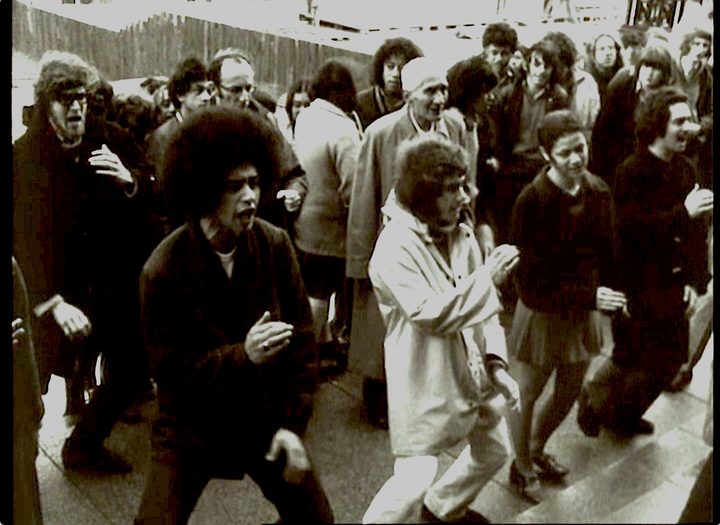 At the time, John says that most of the members did not speak Māori despite many of them hearing it amongst their extended whānau. In 1970, their teacher Koro Dewes and his wife Kura agreed that a Māori language group would be formed.

They set about holding te reo Māori lessons, practised waiata and haka, and met at the Tennis Pavillion a few metres up the road from the University campus.

The relationship structure within the society was agreed that the Pākehā students would be teina (younger) to the Māori students who were considered tuakana (elder).

John describes himself as a lifelong teina member of the Te Reo Māori society.

Influential to John at the time was the work of linguistics expert Dr Richard Benton who worked as the Director of the Māori Schooling Unit for New Zealand Council for Educational Research. The unit focused on English language for Māori and aimed to raise Māori academic achievement, but this changed to a focus on te reo Māori.

“Richard drove that from within the unit and produced 30 to 40 academic papers and publications - books - over the years that he was there, he was in my opinion the backbone of the research, and he shared that with us through his lectures…we had access to koroua, old people to academic researchers.” 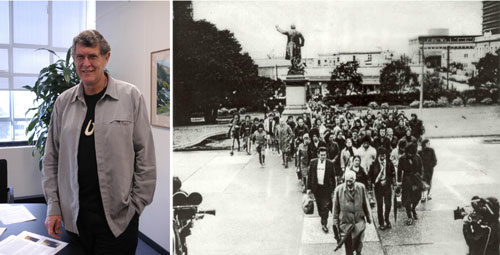 Dr Richard Benton and his team of researchers travelled the North Island between 1974 and 1979, and in that time interviewed 6500 families. The research set out to find if the Māori language was used in the home, who spoke it and the general attitudes towards the language.

“Most of us were working for him as researchers, we had insights into what was happening in te reo, our gut feeling was then supported as early as 1971 that there was crisis looming.”  John says.

The grim findings provided another cause of action to support the Māori language petition, the brainchild of Hana Te Hemara.  Activist group Nga Tamatoa lead the charge in Auckland and Te Reo Society in Wellington. 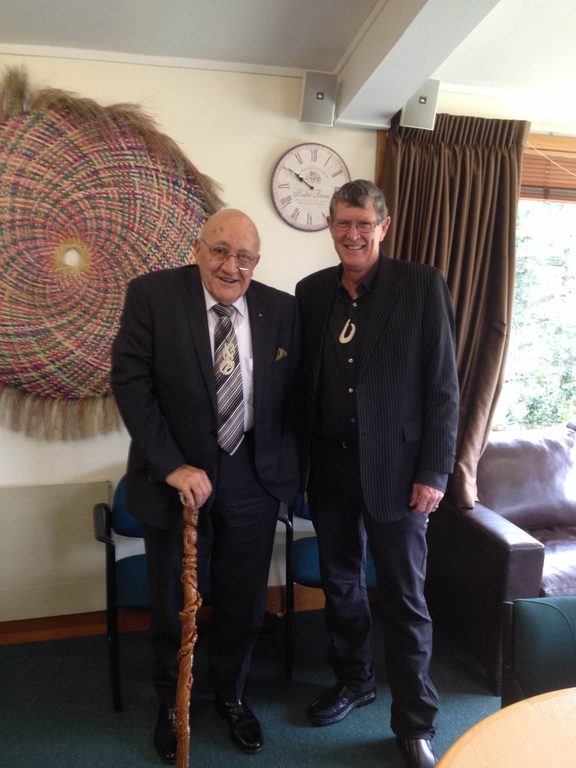 On 14 September 1972, the petition was taken to parliament. As part of the ceremonies, kaumatua Te Ouenuku Rene performed a karakia, or what was called a tuku tāonga, an incantation to ensure the petition's success.

The petition would ultimately lead to the formation of Kohanga Reo, Kura Kaupapa, Māori language teaching curriculum and Māori broadcasting.

In 2017 Victoria University hosted former members of the society who still work in language revitalisation in tertiary and Māori education.

“If the reo didn’t survive for Māori, it wouldn’t survive for Pākehā, [or] for the rest of New Zealand. So, we had a vested interest … if we wanted our kids to have the reo and for all of us we had to make sure that it survived for Māori," John says.

John keeps a swath of recordings, books and materials from his formative University days that he has plans  to write a book, but it’s intended to be a collection of sorts. 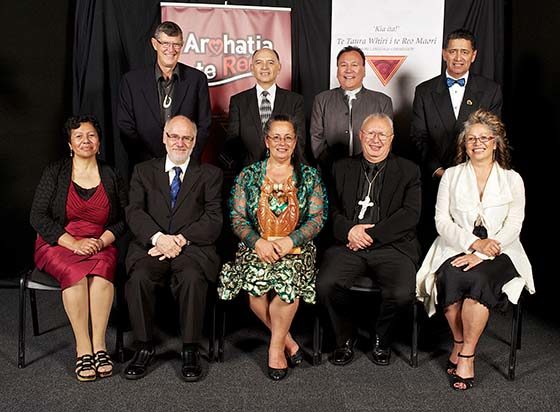 “I think there are histories, I think people have very different experiences … so they can go to the same event for the same period of time but see history as [something] different ... I’ve tried to argue that my views are [mine] as I experienced it. So when we finally get around to writing our book, it will be a collection of stories based on the history of individual people.  I always thought it would be good to put those together.” 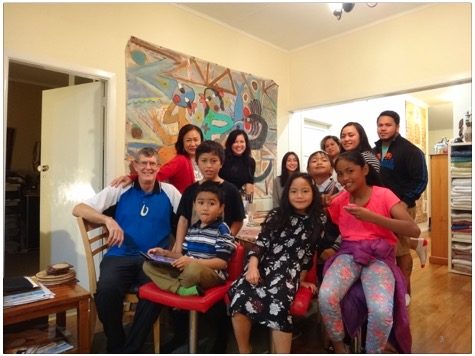 John with his wife Judy McFall-McCaffery with her sister Jackie (rear) and the couples children (rear) and grandchildren (front). Photo: John McCaffery

Today, John is retired. He is a doctoral student and is Director of New Zealand Biliteracy consultancy business Waka Aotearoa Education. He was the previous Head of Department of Reading Studies and was co-coordinator of the Bilingual Education papers at the Faculty of Education, University of Auckland.

He has six children and ten grandchildren with his wife Judy McFall-McCaffery who works as Pacific Librarian at the University of Auckland. She is also founder and first chair of the Pacific Library and Information Management services Network. Raised in Samoa, Judy is fluent in Samoan, Tongan and is learning te reo Māori.