From the beat to streetwear

Ra Mead's police colleagues used to wonder why she stayed in the force when her 'side hustle' selling secondhand clothes online was more profitable. Today she runs an award-winning vintage clothing store in downtown Hamilton. 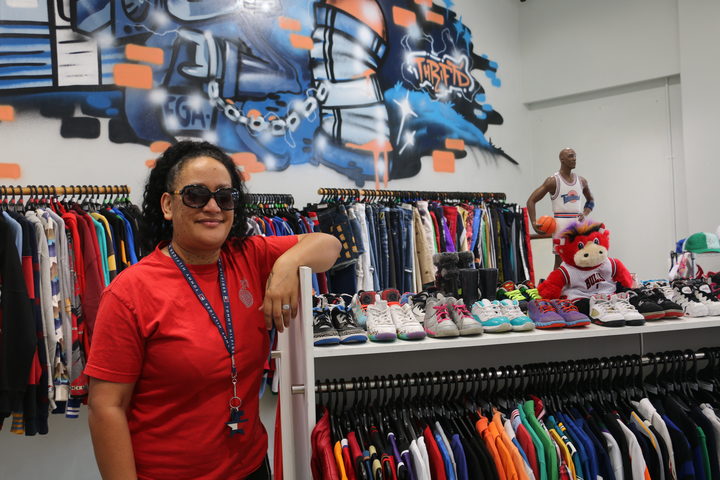 "The boys would be like 'Ra, are you doing your court files over there?' …and I would be on Trade Me and minimise the screen,” she laughs.

“I just loved seeing what people would throw away and what they would class as junk.”

It wasn’t until she was on maternity leave after her third child that Ra created a Facebook page to sell vintage clothes.

As her following grew, Ra's niche became '90s streetwear and she decided to turn the side-hobby into a full-time business.

“I thought 'Oh, I’ll try and make some grocery money… and find something and flip it. It just progressed from there.”

For two years, she ran the business from home, and clothing took up most of the available space.

“We had constructed racks in our double garage and customers would come and see us at our home. 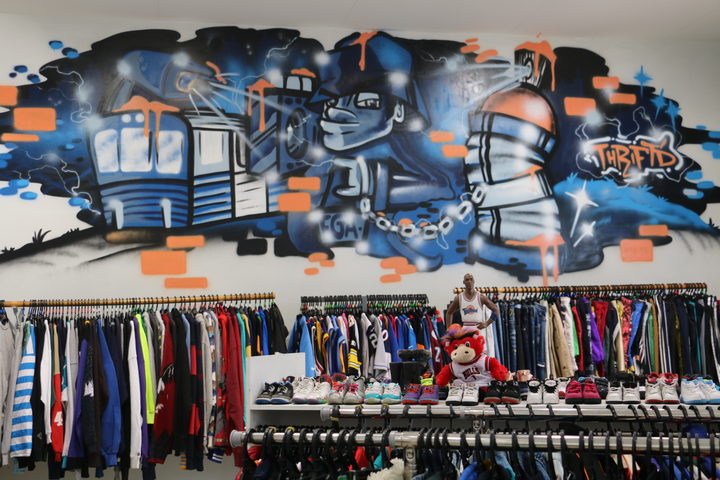 Ra Mead set up Thirft'd Streetwear on a credit card and now business is picking up, and she has steady customer base. Photo: RNZ/Justine Murray

"My husband said to me 'You need to get out of here, I can’t see our couch anymore'. He said 'You need to be on [the TV show] Hoarders'.

"So that gave me the push [to find premises] because our house was a bit of a nightmare.”

Ra secured premises in downtown Hamilton with no investors and no strategic plan.

She put the set-up costs on her credit card.

A year ago, Ra set up Thrift’d Streetwear, specialising in streetwear labels from the '90s such as Starter, Stussy, Cross Colours, Karl Kani, Champion and Ralph Lauren.

She sources most of the clothing from Goodwill stores across the United States.

Ra travels there for weeklong buying trips a few times a year and returns with suitcases full of clothes.

Any surplus is boxed up and shipped home.

After six months of operation, Thrift’d won the New Business Award from the Hamilton Central Business Association at a swanky black-tie event.

"We accepted the award graciously. Still a little tick in the box and an award for the CV for such a new business… It was a huge achievement.” 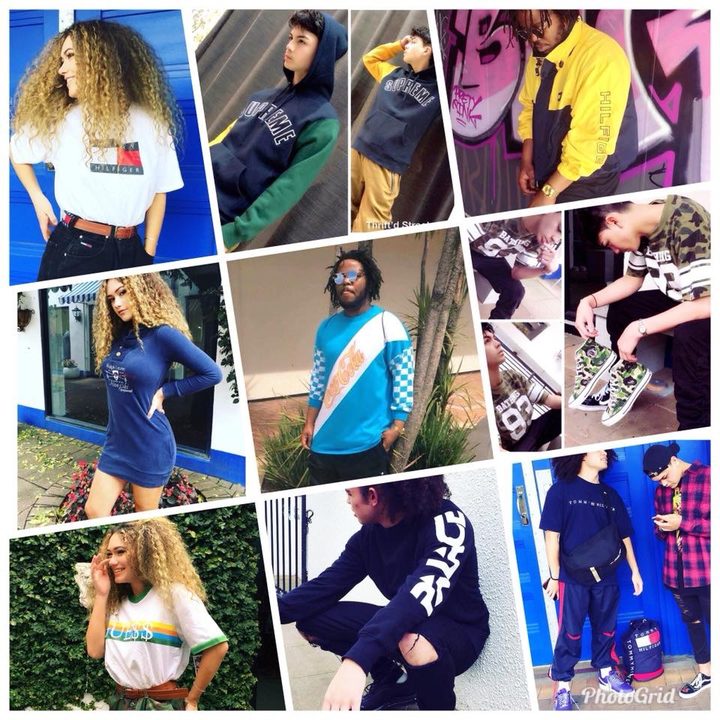 Ra sources most of her clothes from the states and says that NZ doesn't stock many of the clothes she sources. Photo: Supplied: Ra Mead

Ra was born in Christchurch.

When she was three, her family moved to a Hamilton street with a second-hand store at the end - where her teenage passion for op-shopping began.

In 1983, the family moved to Ngaruawāhia which she considers her home. Her iwi links are Ngāti Pōrou and Ngāti Kahungunu.

Four years ago, Ra was diagnosed with Graves’ disease, which means she can’t be in either natural or artificial light for very long.

"I pretty much wear glasses until I go to bed.”

After undergoing radiation therapy, the condition has now improved, she says.

Ra is currently looking at ways to extend her Thrift’d business, and says Mount Maunganui could be an ideal location.