Dennis Marsh: 'It's about people and passion' 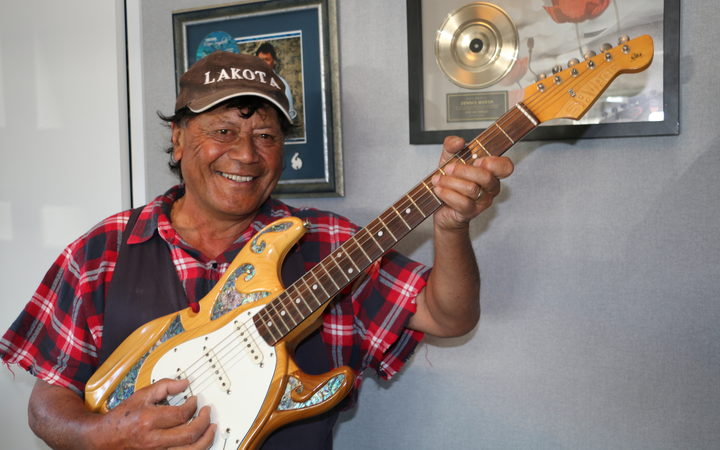 Dennis Marsh with one of his prized guitars. Photo: RNZ/Justine Murray

Dennis Marsh says he wants to retire but it's unlikely to happen soon. People still want to see him perform, and he’s only happy to oblige.

The days of him flogging his cassettes up and down the country are far behind him now, but on the odd occasion he still encourages his local retailers to stock his CDs if there are none on the shelves.

A self-starter since 1989, Dennis has recorded an album almost every year - a testament to his hard work as the writer, producer and promoter of his own music.

“I bought a car specially and loaded it with all my CDs and drove up to Kaitaia selling them and then drove all the way to Wellington."

While on the road Dennis recalls how he called record shops and asked them if they needed any CDs.

He says he liked to meet people who took his music to heart.

In those early days, Dennis would buy 500 cassettes and sell them himself.

Pursuing a record deal, he door-knocked and cold-called record companies, but without any success.

“I got knocked back from many of these companies, I went to Ode Records… and Terence O’Neill-Joyce, he said 'Come and see me, we might have a contract'.”

The story is that Dennis was signed because O’Neill-Joyce's wife had seen Dennis perform in a show on the North Shore and told her husband he was fantastic.

Dennis left Ode Records a few years later when management suggested another label would be better-resourced to take his career further.

“That’s when I went to BMG... I thought it was better to be on top in a little company than to be little in a big company, I was getting hōha with them so I went to another company. If you don’t find a way around it, over it or through it, that’s where most people stop, but I didn’t stop there.”

For almost 30 years the Pukekohe-based country music singer has performed at events, markets and concerts around the country. His handprints are set in concrete outside the Gore Country Music Club, home to the Golden Guitar Awards. 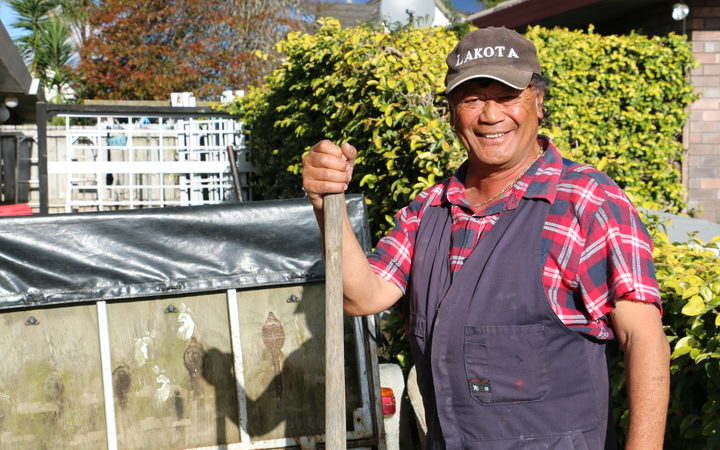 This year Dennis released his 29th album I Believe - a collection of gospel music that pays tribute to his time as a trainee under the Māori Trade Training Schemes in the 1960s. Photo: RNZ/Justine Murray

It was a different world, where he first heard the music of Jim Reeves, Elvis Presley and Marty Robbins, he says.

As a kid Dennis didn’t play any musical instruments - instead, he chose to ride his tractor or his horse after school.

His father worked for Māori Affairs as a land surveyor and shifted around the North Island often.

Dennis is the third child of ten siblings and was born on his grandparents' veranda in Te Kuiti. His mum would tell him how he was born underneath the stars.

Music was not a prominent part of his childhood, there was no guitar or radio in the home. Instead, he roamed the nearby lakes, creeks and reserves.

“I wasn’t into music then. I was that person out on the tractor and out on the farm, my brothers and sisters watching the TV.”

Dennis bought his first guitar in his early 20s and pursued music as a side gig along with his main job as a builder.

“I started singing in competitions. It became country music. Someone said 'Why don’t you come to the country and music club?' and I thought I don’t want to go there, it’s all old people… I had a totally wrong attitude.”

In 1989, Dennis was awarded Entertainer of the Year - one of a number of awards he's racked up along the way.

Today the 66-year-old country singer has lived on the southern outskirts of Auckland for 20 years.

He's still signed with SONY and is the resident artist at Lavalla Chapel Theatre in Tuakau.

After 30 years, Dennis says the secret to longevity in the industry is consistency and perseverance.

“It’s people and passion. If you show people your passion, they will stick with you”.