In his 20s, Dr Joe Te Rito was part of the group who took the Māori language petition to parliament. 45 years on, he is still a Māori education leader. 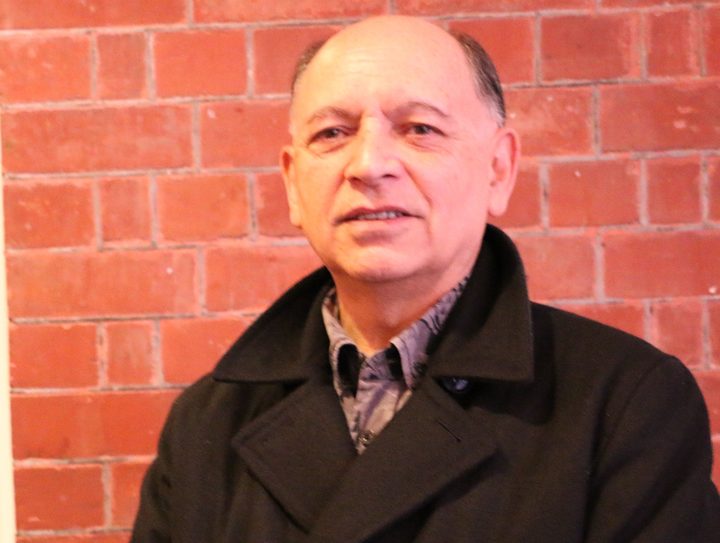 In this episode of Te Ahi Kaa, Dr Joe Te Rito talks about his work and language projects in the pipeline.

Dr Joe Te Rito grew up in Mahia Peninsula at a time the Māori language was spoken and heard everywhere.

When Joe moved to Omahu the language “bubble” burst and English soon became his dominant language when he got hooked on BBC radio programmes like The Archers and Checkerboard.

“The technology of radio really has had a major part in affirming the English language within me and at the same time dulling out the Māori language in us because it became proliferated in our household.”

In his 20s, Dr Joe Te Rito was one of the original members of the Te Reo Māori Society at Victoria University.

In 1971, the society along with Māori activist group Ngā Tamatoa went door-knocking around Karori and Porirua, gathering signatures for the Māori language petition.

Both groups presented the petition to the government on the steps of Parliament on 15 September 1972. 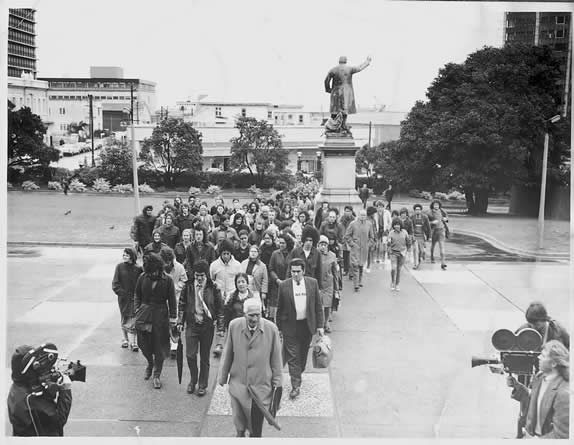 The Māori language petition being delivered to Parliament on 14 September 1972. Photo: Ministry of Culture and Heritage (URL: https://nzhistory.govt.nz/media/photo/maori-language-petition-1972)

At a two-day symposium at Victoria University, original Te Reo Māori Society members including Dr Cathy Dewes, Andrew Robb and Lee Smith talked about that time and the work involved.

“I had te reo Māori in my ears and in my heart, but I didn’t have it as a regular spoken language, and as soon as we started learning under Koro Dewes it just all fell into place.”

He then spent 17 years at EIT Hawkes Bay Polytechnic where he became Dean of Māori and led the development of BA and BA Honours degrees in the Māori language.

There he also led the development of the Toa Takitini Media Studies Course which would set the foundation for Radio Kahungunu.

“Right from the beginning in 1988 we first had our two-week broadcast as part of the culmination of that Toa Takitini media studies course.” 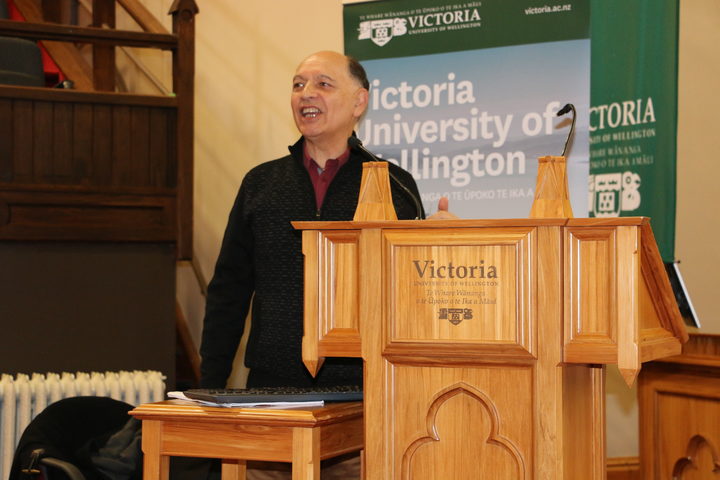 Dr Joe Te Rito was one of the original members of the Te Reo Society who took the Māori Language petition to parliament. Photo: RNZ/Justine Murray

Dr Joe Te Rito has been founding chair of Radio Kahungunu for almost thirty years and says he won't relinquish the role easily.

He doesn’t have a station vehicle and utilises technology to remote-connect to the station from Auckland.

This year Dr Joe launched a project called Talking Books in which he digitised hours of informal conversations with his kuia.

This is now available as the online resource Pukapuka Kōrero Tahi and he hopes it will eventually become a phone app.

“[Our elders] willingly and graciously bequeathed their language, their voices to the nation. I have a hard drive. I’ve got at least 2,000 recordings from nannies and koros. We’ve got 25 years of recordings … so it’s all about promoting conversational reo. I believe Māori aspire to be able to korero Māori without being flash. Kuia and Koroua, they didn’t use flash words. It is quite fundamental nowadays, we make it really hard. We have too much whakataetae (competition) amongst iwi. We get iwi fundamentalists about our dialect and we push them dialectally to one end.”