Artist Linda Munn was one of the three creators of the Tino Rangatiratanga flag. These days, she is pretty content teaching art in Tauranga.

Te Ahi Kaa catches up with her for a kōrero at the Toi Oho Mai Institute of Technology. 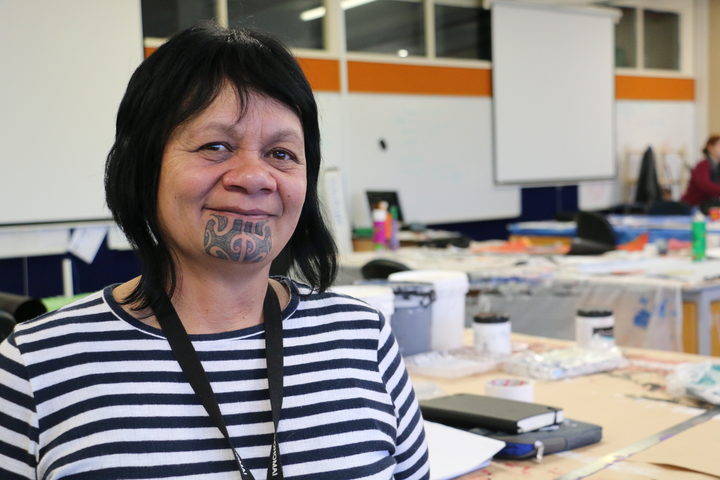 Teaching has many rewards for Linda.

“I like watching [the students] find something they didn’t know they had. They come in here with no confidence. We call this the happy place. For me, it's watching them grow as people and as artists.”

One of Linda's students wasn’t even aware that 28 years ago she created one of New Zealand's most iconic symbols.

Not that she talks about it much, she can count on one hand the interviews she's given in the past decade.

Linda says she loathes the notion of celebrity and describes herself as a 'tea-towel girl'.

Born in Christchurch, when she was two, Linda's family left the country when her army dad was posted at Malaya. One of her brothers was born there.

She didn’t know much about her Māori ancestry until joining the Black Women’s Movement as a teenager.

“For me, I went looking or my whakapapa because I wasn’t brought up with it.”

As a teen in Christchurch, Linda spent holidays in Tauranga with her grandparents. The one time she never returned and decided to move to Auckland. 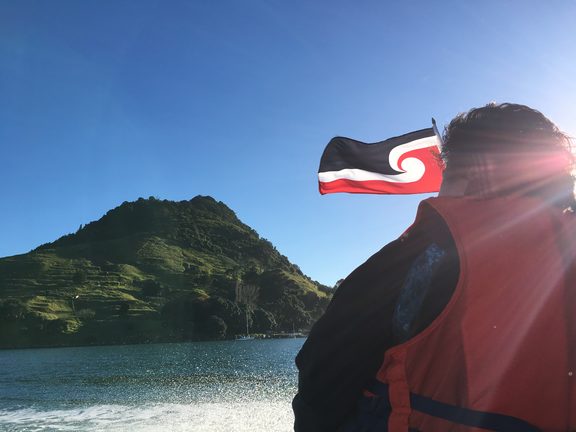 The Tino Rangatiratanga flag was created in 1989. Photo: RNZ/Justine Murray

Working at Nestles Chocolate as a 19 year old, Linda she met the people who led her into the Black Women’s Movement.

“There was one moment where I realised I was Māori and it was okay to be a Māori woman, I was the fairest Māori you’ve even seen. You kind of feel like you don’t fit in anywhere.  I’m Irish, Portuguese and French. I probably have more tauiwi [foreign] in me than Māori, but the Māori bit is the strongest”.

From Auckland, Linda moved to Houhora in the Far North where her parents owned a farm. There she met Hone and Hilda Harawira.

In 1989, the members of political group Te Kawariki launched a flag competition. 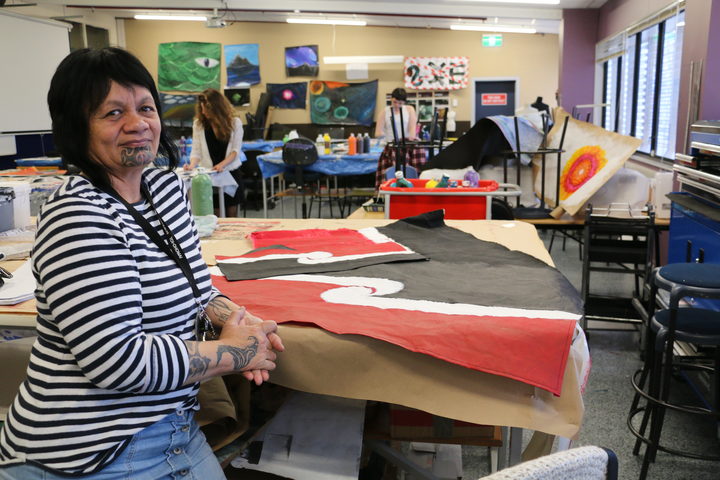 “[The media] always talk about myself Jan and Hiraina being the creators, but you know for me there were a lot of people behind this, and a lot of them are not with us anymore. I remember that day it as around Labour Weekend… Jan and I sewed seven flags before the 1990 celebrations, we spent three days sewing those things they all had separate components and we sewed them on my ex-mother-in-law’s sewing machine”.

The location of those original seven flags remains unknown, but Linda is optimistic they are being looked after.

“Tino Rangatiratanga is for me a set of values I have always lived by… Even if you’re not Māori we should all have a choice on how we live our life… But for us, Tino is foremost about moving Māori forward. That symbol is ours. It doesn’t have a colonised design. It’s not just for hikoi”.

Earlier this year Linda exhibited some of her work during Matariki with fellow Māori artists Regan Balzer and Maraea Timutimu.

The inspiration for her art includes themes of death, sadness, grief, disconnection, whakapapa and Māori life in general.

“Some of best work is made out of angst. The sadder the people are around me the better my art is. So if I’m sad I have to find other people’s angst. As soon as something is finished it’s gone, it gets sold, gets given away,  I always find I like to give [away] pieces… The kaupapa is precious, the whole giving is precious, but I’m not precious about the work”.

In August, Linda was part of a contingent of 30 Māori artists who travelled to Seattle for the Gathering of International Indigenous Artists at the Evergreen State College.

The Longhouse at that college displays a Tino Rangatiratanga flag and Linda took a few handmade flags as a koha [donation].

Although Linda is kept busy these days teaching a Certificate in Art and looking after her mokopuna, she continues to be a long-time supporter of Women’s Refuge.

“Women’s Refuge has always been close to my heart, and most of us grew up with abuse of some sort, it’s my other big passion”.

A couple of years ago, Linda received a moko kauae [female chin tattoo], saying that it felt right when she found the ideal artist.

“I’m the first moko in four generations to have a moko kauae, so we’re looking at either side, Nga Puhi, Tauranga, Te Ati Awa and Ngai Tahu. Some people didn’t realise I’d had it done, and it’s like it has always been there for kauae. If its meant to be yours it’s always been there”. 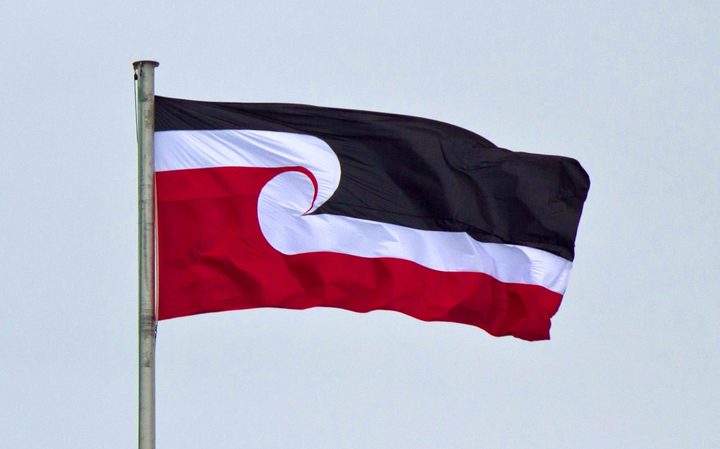