Although the candidates for the Māori seat of Tāmaki Makaurau also talk about transport, justice and the environment, homelessness and housing are the key issues under discussion. The speakers are Peeni Henare, the sitting MP from the Labour Party, Shane Taurima from the Māori Party and Marama Davidson from the Green Party.

In 2015 the Māori Party secured $37 million in funding over six years for the Maori housing network including emergency housing and upgrades. The network approved funding nine proposals for new housing, but none of them are in Tāmaki Makaurau.

According to Māori Party Shane Taurima, the Kāinga Ora initiative had a budget of $17m when it first started. Given that the government was already spending in excess of $200 million on housing in Auckland, the Minister Te Ururuoa Flavell had to make a decision as to where the smaller fund would go.

“So,” says Taurima, “He focused that fund on smaller rural communities, eg in Kaitaia with Ricky Houghton.” His programme providing social and emergency housing has the kaupapa which is typical of what the fund has gone to support. “So that’s why unfortunately that kaupapa hasn’t been able to support any homes here. But I tell you what. If I get in, we’ll absolutely be getting more funding for housing here in Tāmaki Makaurau.” 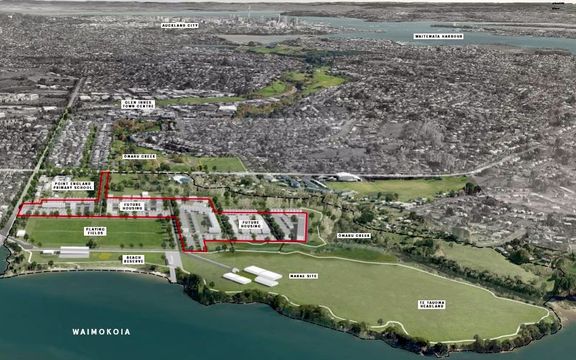 The area in red will be used for new homes under the plan for the Point England Reserve development. Photo: Supplied

In March, Labour withdrew support for the Point England Development Enabling Bill that would allow the government to sell nearly 12ha of public land in east Auckland to Ngāti Pāoa as part of its Treaty settlement. The land would be used for a privately-funded development including about 20 percent social housing and 20 percent affordable housing, with the rest to be sold at the market price.

Given that the pressure for affordable housing in the electorate is so acute, and that Labour has been so critical of government policy and action, how does Peeni Henare support his party’s claim that Ngāti Pāoa’s development at Point England is “nothing but a land grab?”

Henare replies: “We’ve been very clear on the Point England Bill. What that bill seeks to do is actually change the status of that land to allow it to be developed. It doesn’t automatically gift it back to Ngāti Pāoa. In fact it strong-arms Ngāti Pāoa into making sure that they fund the development themselves in order to recoup the costs. And as far as I’m concerned, I think that’s a bad deal. We called it a land grab because that’s exactly what it is. Changing the status of that land simply for development purposes to solve a housing crisis this government’s ignored for far too long.” 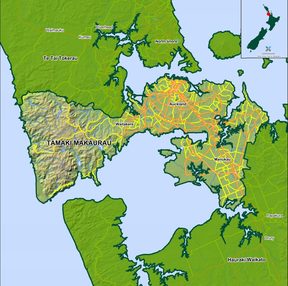 “If the government is genuine about Point England and Ngāti Pāoa,” Henare replies, “Why doesn’t it give the land back to them unencumbered? Why are they saying ‘you must develop this to meet the market and the housing crisis at the moment?’ We’ve also been very clear that when the Ngāti Pāoa Settlement Bill does come into the House, we will be supporting it.”

What does he say the charge of trampling on the mana of Ngāti Paoa and other iwi who are supporting them?

"We know that Ngāti Whatua entered into an accord with Ngāti Pāoa. They do it on a tikanga basis. What we’re saying is that’s the problem when you rush legislation like this. You transgress mana whenua. That’s the fault of the treaty settlement process driven by this government.”