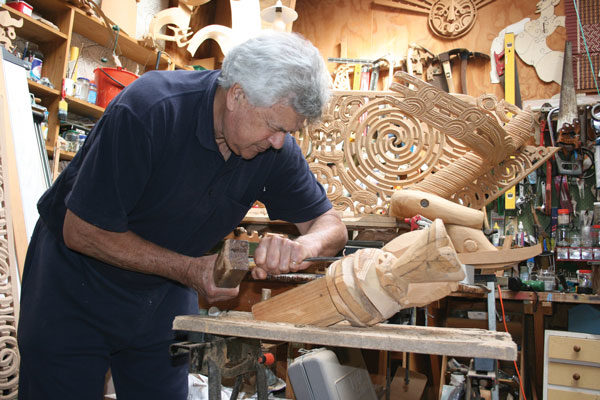 Dr Cliff Whiting's artwork is seen in many prominent buildings in the country. Photo: Supplied

Dr Cliff Whiting, a master carver and a leader of the Māori artistic renaissance.

The artist was born in 1936 in a raupo hut near the Kereu river in Te Kaha on the East Coast, it is Te Whānau-ā-Apanui country, and it was here that he was laid to rest this week, he was 81 years old.

Te Ahi Kaa pays tribute to Dr Cliff Whiting with archival recordings from the 1990 Tāonga Māori conference and at the opening of Te Papa Tongarewa, 1998.

“I make things, and I try to manifest some of my thinking into the pieces of work that I get involved with.” Whiting said in 1990.

For the past fifty years, Cliff was involved in all aspects of traditional and contemporary Māori art which adorns many buildings across the country. 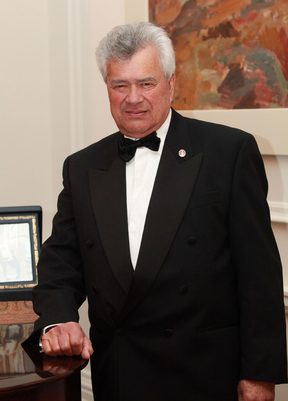 In 1998 Dr Whiting was made a member of The Order of New Zealand. Photo: The Arts Foundation - Photographer Nick Mackenzie.

He led the design of Rongomaraeroa and the carved wharenui (meeting house) Te Hono ki Hawaiki at the National Museum Te Papa Tongarewa.

His works can be seen in the corridors of the Beehive, the National Library, the interior of Kimiora, the wharekai at Turangawaewae Marae and Te Rau Aroha Pa in Bluff.

In 1995 Dr Whiting was appointed the Kaihautu of  Te Papa Tongarewa and on a windy Wellington morning on February 14th 1998 the museum was opened.

Cliff Whiting and Henare te Ua provided commentary of the opening for RNZ during which he talked about the design of Rongomaraeroa and the marae.

“I should point out that we are just standing beside the waharoa (the gateway) of the marae of Te Papa Tongarewa, this waharoa is a celebration first off all, the discovery of Aotearoa,  Kupe and his crew and in the front is Hine te haparangi and she was the one [that] first voiced the call as they came across the Pacific,  he ao he ao ko Aotearoa! she is out the front looking out to one of Kupe’s daughter’s which is Matiu island which is in Te Whanganui a Tara".

“So this is a waharoa about early discovery and Ngā hekenga, in other words those arrivals have come here and make up part of this society in New Zealand, they make up this nation of ours and this is acknowledged…as a marae for all people starting with the waharoa” said Whiting in 1998 at the opening of Te Papa Tongarewa.

Current Kaihautu of Te Papa, Dr Arapata Hakiwai described Cliff as a true leader and visionary who believed with passion and commitment the importance of heritage and art. 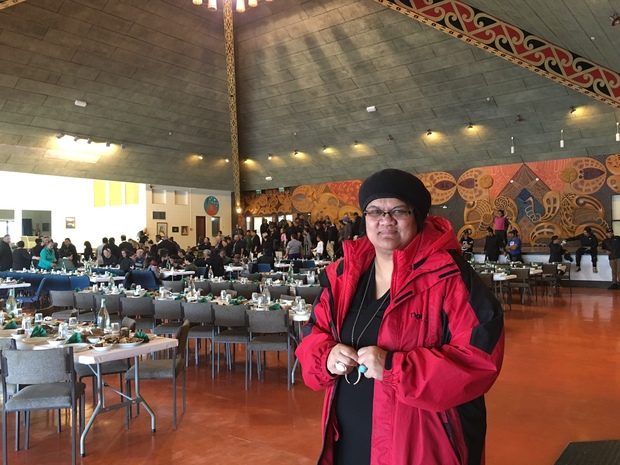 His influence reached many facets of arts administration.

In the 1970’s he was a member of the New Zealand History Places Trust on the heritage advisory committee and made a life member in 2004. He was also Chair of Te Waka Toi, the Council for Māori and Pacific Arts.

In 1998 he was appointed to The Order of New Zealand and in 2013 he was a recipient of the Icon award from The Arts Foundation of New Zealand.

His tangihanga was held at Kaiaio in Te Kaha.