In part two of this series about Awahou and the local iwi of Ngati Rangiwewehi, Te Ahi Kaa visits Taniwha and Hamurana Springs. 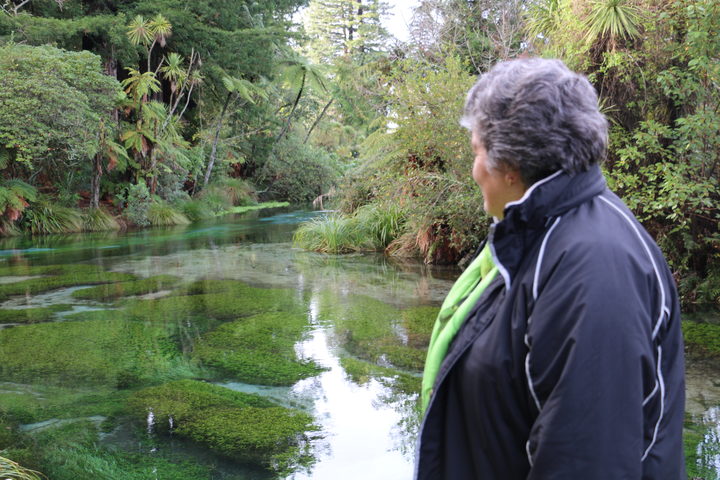 Te Rangikaheke says Hamurana Springs is not a place for swimming but people do fill their water bottles there. Photo: RNZ/Justine Murray

Te Rangikaheke is optimistic about the future of Hamurana Springs, in the last week the iwi received news of a successful application to the Ministry of Business, Employment Innovation and Employment to explore business opportunities.

Tourism is set to be an important part of its future development.

The land includes a nine-hole golf course, a lodge, the redwood forest and the Hamurana Springs Track.

Hamurana Springs ownership was handed back to Ngati Rangiwewehi in 2014 following their Treaty of Waitangi Claims, formerly managed by the Department of Conservation.

The iwi has an on-site manager who oversees the maintenance and upkeep of the grounds. The original name is Te Kaikaitahuna river.

There are five streams on site, and five small puna (springs).

Local community group Hamurana Springs Incorporated Society worked closely with Department of the Conservation in the replanting of native trees and the eradication of pests. In the past few years, the society and the iwi have sought volunteers for the restoration programmes.

“One of the interesting things that has come about as a result of that programme is that fantails are returning in numbers.” 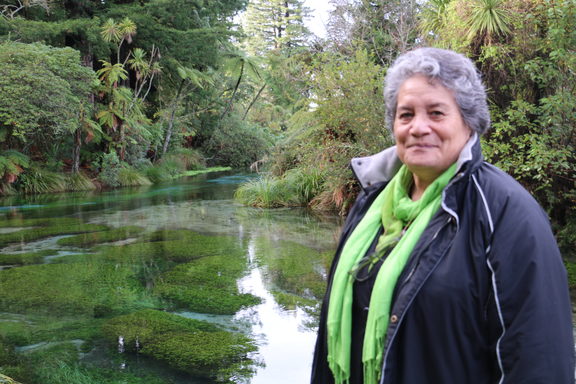 The redwood grove is used as a venue for wedding ceremonies.

Redwoods are an introduced species from the Pacific coast of California. At Hamurana they average 55 metres in height and two metres in diameter.

Te Rangikaheke says the grove was planted in commemoration of the returned soldiers from the first world war.

According to the local stories, Hinerua of Hamurana and Pekehaua from the neighbouring area Awahou procreated and their offspring are known as the teretere, or small fish.

The main spring is known as Te Puna o Hangarua and is the largest head spring in the country.

In 1957, more than 5,000 pennies dating from 1860 were recovered by a skin diver from Wellington. These pennies were distributed to a number of charities.

The water travels down the Mamaku Plateau and through underground aquifers which takes 70 years. From the springs the river flows in the Kaikaitahuna River, into Lake Rotorua, then through the Ohau Channel and Lake Rotoiti.

Te Rangikaheke says that swimming is not permitted there due to health and safety reasons.

Located on the north-western side of Lake Rotorua, Te Rangikaheke remembers the whanau picnic days, performing at concerts to raise money for the church at Tarimano Marae.

Today, Hamurana Springs is a tourist visitor attraction, the 20-minute walk through the track leads to the redwood grove, and adjacent to the golf course.

Taniwha Springs is a few kilometres from Hamurana. This was handed back to Ngati Rangiwewehi in 2015, taken from the iwi under the Public Works Act by the Ngongotaha Borough Council in 1966. 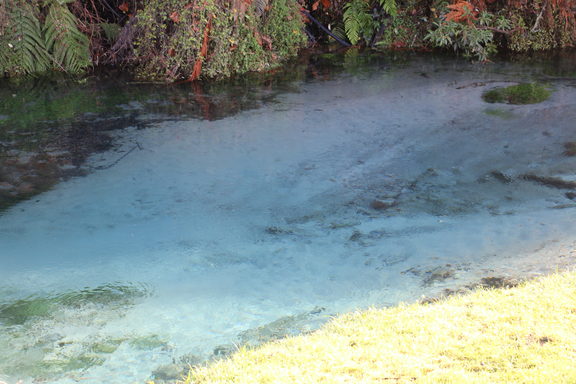 Watercress was plentiful at Taniwha Springs, but the kai source is no longer there. Photo: RNZ/Justine Murray

Te Rangikaheke grew up close to Taniwha Springs and says the watercress that was once plentiful in the river is no longer there.

“We came together with the late Mauri Ora Kingi and updated and reviewed the protocol and it’s about development language. The kaupapa (plan) behind that is wanting to have a great relationship with our council of course, but the bottom line with our claims process was land back and pumps out. The variation of pumps out is that they will all be coming out but potentially go underground and they won’t draw directly from out of the spring from a concrete box as it is now - that will be changed.” 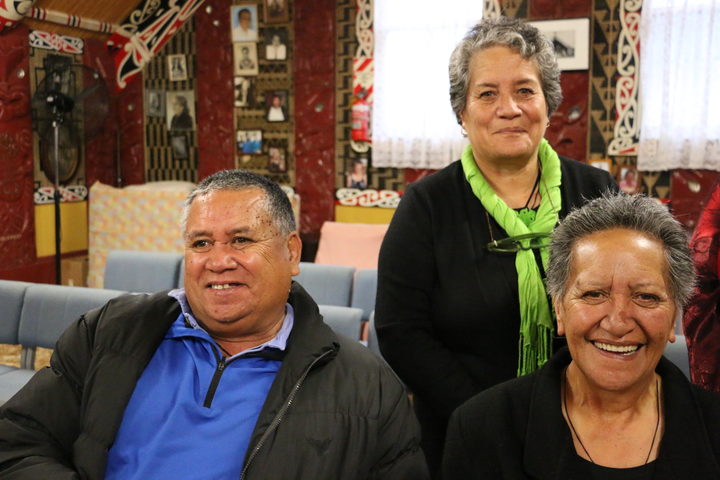