The healing waters of Awahou 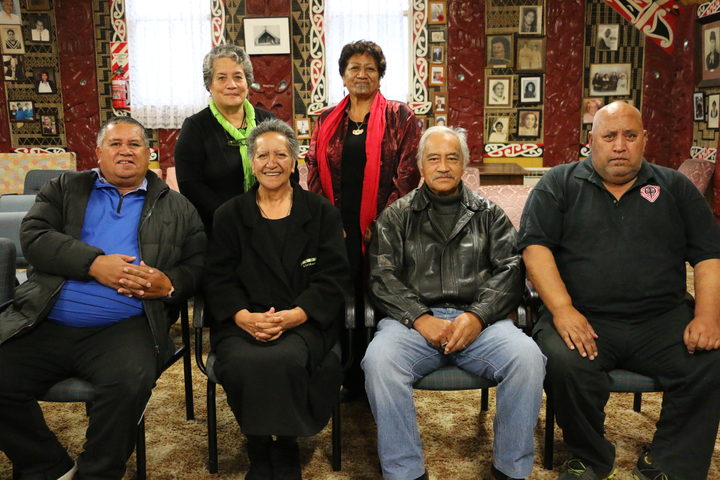 In this series Te Ahi Kaa visits communities to get an insight into the past, present and future of the people. This week we’re in Awahou, near Rotorua.

The local tangata whenua of Ngāti Rangiwewehi believe that the Awahou river is a place of healing, protected by Pekehaua, their kaitiaki (guardian).

Pekehaua carved the river with his tail, and according to stories told to Rauroha Clarke, if you dive down deep enough you can still hear Pekehaua swimming around.

“We believe that he is taking away our taumaha (burdens)” Rauroha says.

Pekehaua and Hinerua, a guardian of the Hamurana river, had offspring known as the teretere or small fish. Although the river is known mostly as Awahou named by Te Arawa ancestor Ihenga, it is also named Te Wai Mimi o Pekehaua.

“No one has drowned in our awa, and we attribute that fact even today, it’s the presence of Pekehaua, we all know it. When we go to the awa with our kids, we’ll do karakia and we will bless ourselves. You take a dive in that water and it just clears everything…we’ll go to battle over our waters, our wai, our awa” – Toro Bidois. 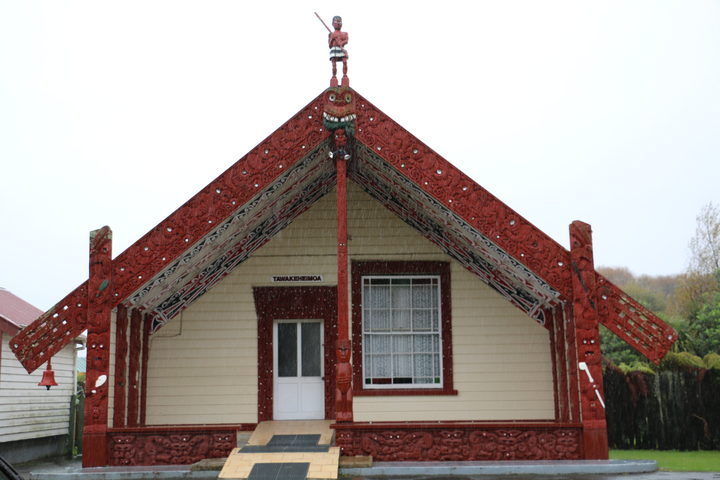 Tommy Bidois has lived in Awahou for most of his life, at 82 years old  he remains active in his community.  His mother was from the Pitini whanau of Ngati Rangiwewehi and his father Harry was from the Pirirakau hapū in Tauranga Moana. Today he lives near Lake Rotorua, at the mouth of the Awahou River. Tommy says Gloucester road (formerly Pa road) was named after the Duke of Gloucester after he went fishing there.

And as a kid he remembers fishing for trout, eel, freshwater crayfish, morihana (karp) and whitebait during the season.

“We used to go for morihana, karp (it was a) delicacy for our elder people, very bony but sweet”

Tommy describes the watercress as looking like a ‘green carpet’ seen for miles alongside and in the river.

“There were two acres of watercress, it’s all gone now, what do we attribute it to? Well we’ve got our ideas” he says.

During the height of recreational fishing, Tommy says he would see up to 30 – 40 fisherman.

“It was a sight to see…at the time the limit was ten fish, well they all used to come in with their limits, thirty boats out there, the mouth of the river was a haven for fishing”

Tarimano Marae hosts the annual ANZAC commemorations and the names of the men that served overseas, and those that did not return, are honoured every year. Outside the meeting house is the cenotaph has the names of those of served etched into it.

“We’ve got 70 returned servicemen from World War II, and five from World War I, when we have our Anzac day here, we read their names out so we don’t forget them… (Awahou) is only a little place but we are counted”

Ngamaru Raerino moved to Awahou after living in Te Teko. Today he is one of the Kaumatua that sit’s on the paepae tapu, the orator’s bench at the marae.

He can remember the high calibre of speakers on the marae.

On one occasion Ngamaru heard his uncle Tumamao Mohi’s whaikorero and was so impressed that he approached him to tell him so,  to which he replied, “Koinei ko te ihi o Rangiwewehi e kakapa ana, that is  the power of Ngāti Rangiwewehi.”

A former actor and cultural advisor, Ngamaru has worked as a radio broadcaster, and actor and advisor on production sets that included the TVNZ series Mataku, and Shortland Street. His career has largely centred around Mātauranga Māori (Māori knowledge, practise) and the Māori language.

“I’ve watched (whaikōrero) over the years as a young person and now (I am) actually sitting on the pae, to maintain and uphold the kind of precedence these old fellas have set”

We were tutu kids

Huia Hahunga grew describes herself as a pa kid, nothing was out of bounds to her and her cousins, they often ignored the old people who told not to go to certain places. Fruit trees were plentiful and they knew a certain place near the river where the ducks would lay their eggs.

But on the occasion they felt the presence of Pekehaua, they’d be swimming in the river and get tired only to find a rakau (log) pushing them along.

The opening of the wharekai Te Aongahoro was on December 28 1968 by Pakake Leonard. It was the genesis of the kapahaka group, Ngāti Rangiwewehi.

In 1969, they performed in Whanganui at the Catholic gathering, Hui Aranga and went on to win.

Kato flavell and Hori Brennan were the group's first composers.

“They wouldn’t tell us how to do it, they would show us”