'It was instilled in us as we grew up, our Katorikatanga' 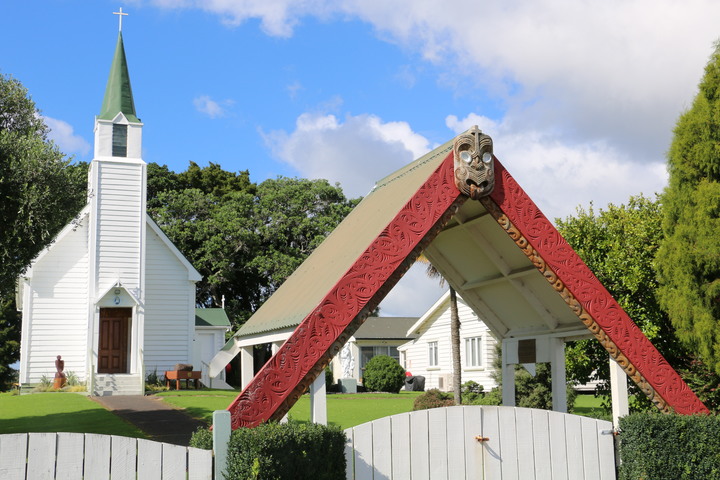 First up, a visit to Te Puna on the outskirts of Tauranga where locals Kiritoha Tangitu and Billy Borell reflect on the history of Catholicism in their small community.

Plus, Henare Ngaia and Vera Wilson reflect on Hui Aranga – a four-day Easter event which attracted thousands to Tauranga this year.

There is the story of the trees that were felled in Whakamarama and the logs that floated down Te Puna River then were used to construct Saint Joseph’s Church, there is the church bell which came from the first site of the Catholic missionaries in 1846, and today there is the legacy of whanau with the French surnames living in the hapū of Te Pirirakau.

The Catholic faith first came to the iwi of Tauranga Moana [the Tauranga Harbour and Bay of Plenty] in 1840 with the visit of New Zealand's first bishop, Jean Baptiste François Pompallier, (a French Marist missionary) a month after the Treaty of Waitangi was signed.

“Pompallier came here amongst us. He was the one who brought the faith to our people. So you will find even today 80 to 90 percent of the Māori in the Pirirakau are Katorika [Catholic]. We are very strong in our faith, we have at least two or three Māori masses a month,” says Kiritoha Tangitu. 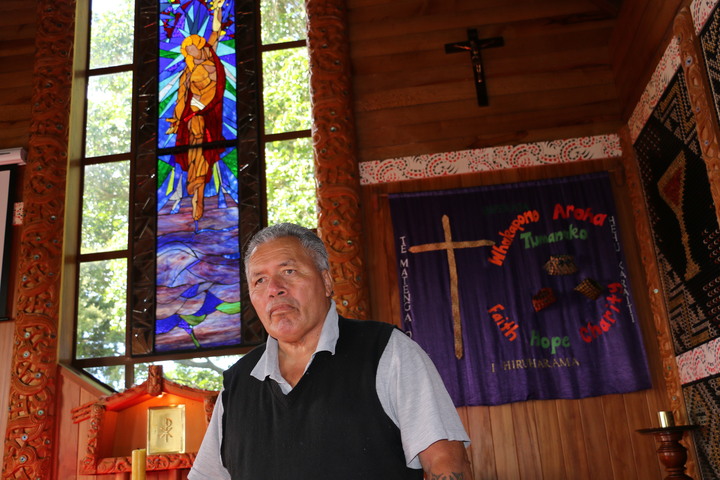 Kiritoha Tangitu says when he was a young boy, mass was part of his daily routine. Photo: RNZ/Justine Murray

In 1958, a convent school was established at Te Puna by the Sisters of St Joseph of Cluny.

From that time until its closure in 1980, the Catholic faith was taught to many children there.

Father Dolyphyne – a Dutch priest who had learned the Māori language while based in the Northland – gave daily mass teachings that Kiritoha remembers as a child.

“We would go down and milk the cows at 6am in the morning, catch our horse and go to church at 8 o’clock and we did that every morning. That was my upbringing in the faith.”

In 2000, the church celebrated its centenary. Next year the hapū will celebrate the anniversary of St Joseph’s School, which was established in 1958 and closed in 1980.

Service to their faith

Octogenarian Henare Ngaia is a campaigner of sorts. His campaign to correct Māori street signs in his hometown of Taranaki resulted in a correction by the Taranaki District Council.

Henare has attended every Hui Aranga since it was first held in Otaki in 1946.The 81-year old says the Hui Aranga is about Māori coming together and reaffirming their Catholic faith.

“This Hui Aranga is doing very well for te Hāhi Katorika, these young people… But when they come here they settle into the kaupapa. It was instilled in us as we grew up, our Katorikatanga. We made sure that our children were baptised. It gives them a foundation even though they don’t go to church.”

Vera Wilson is a music teacher and for the past five decades has been a member of the Ruapehu Māori Catholic Club. She was awarded a New Zealand Order of Merit for services to Māori, music and her community.

In 2015, she and Henare were both awarded the Benemerenti medal for their services to the Catholic church.

The pair agree that Hui Aranga is about creating a sense of unity and shared belief within the Catholic faith. 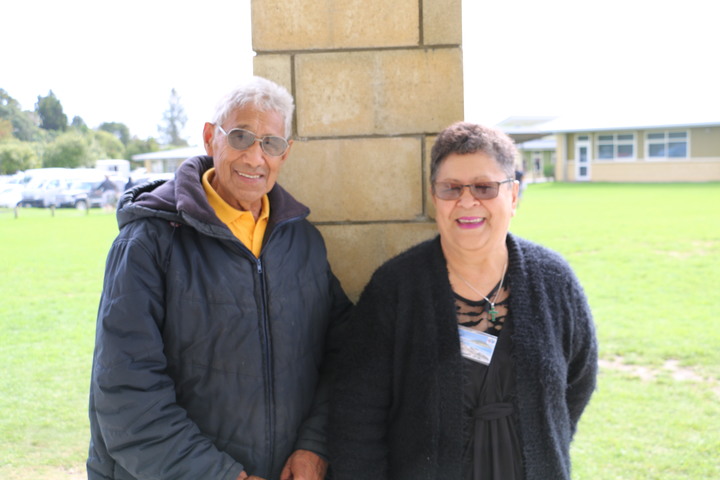