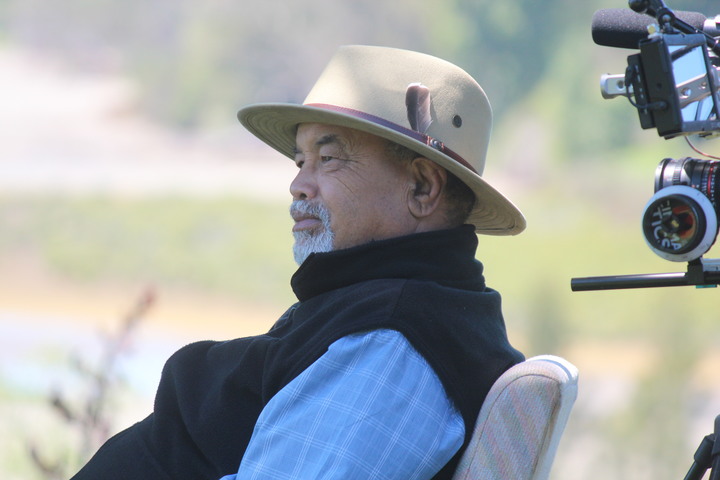 He wrote it while hosting his students at a marae and their guest speaker was running late. Within a short time he composed the song and actions.Today Piki Mai is sung with slight variations. Matiu said he wrote it to acknowledge Ngati Awa and their tupuna (ancestor) Wairaka.

Matiu judged kapahaka at all levels including secondary schools, regional and Te Matatini.

A week before his passing, Te Ahi Kaa visited Matiu Dickson at his home in Hamilton to discuss a range of kaupapa. As a lead-up to this week’s Te Matatini festival we have included an excerpt of this discussion.

I just composed little songs that were very simple and basically identified who the group where and maybe said one of the whakatauki from one of tribal area, I normally copied the rangi off Pākeha tunes to make it more appealing to young people, so that was my beginning of composing kapahaka. I also used the other songs of other groups that I already knew, but I don't know if that is possible now.  Everybody was doing that, using songs that were very popular that came out from Waihirere, the songs that were composed by Hirini Melbourne were good for young people.

I just taught myself how to compose. I would normally write the words that I like and I would fit the tune in with the words.

What do you look for when you are judging?

The first thing I look for when judging is the words, and I particularly like words which are simple and straightforward.  But I also look at the words for any message it is intended to convey. Then I look at the tune and whether the tune conveys the kaupapa of the words. Then I look at the strength of the singing as a whole package, knowing full well that when the group is on stage they only get to do it once.

On the role of Kapahaka

I’m fully aware of all of the work that goes in to tutor groups, a group of 40-odd people, some who have never done kapahaka, some who have, but its hard work, and it’s made even harder when you know you’ve got one shot at it when you are on stage.

Performing on the stage is just one part of being in kapahaka - the other part is just as important that’s the being part of a group, building up relationships, getting to know what the group is about, learning the kōrero that goes with that group and that tribal area, learning how to lead, learning how to help people, going out into the world showing other people what you are like and what you are about.

Who are some of the composers that you admire?

Ngoi Pēwhairangi, I like all the old people that composed songs… When you listen to them, they are really really simple and that’s what I like, the tunes are catchy and I really admire people who compose Māori songs that are taken up by pakeha, like Poi E, every pākeha wants to sing that song! … I think that’s good.

On the Māori language in compositions

(Composers are using more of the old words that are not heard often on the marae, most people don’t use these words, to them they are considered new words but they are not, they derive from our ancestors. Composer who want to embed their songs with eloquent language, I say do it! these words are from our ancestors, the main issue here is that our language is heard.) 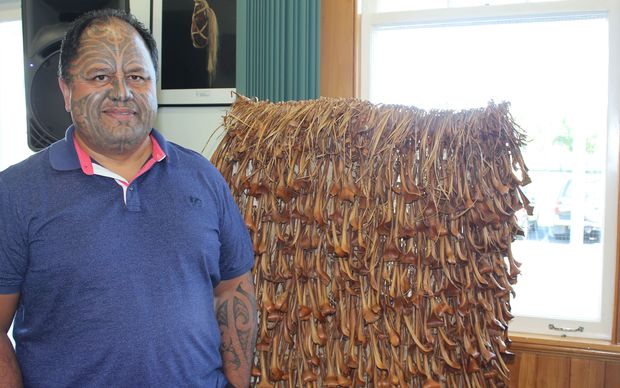 Dr Wayne Ngata (nō Te Aitanga a Hauiti, Ngati Ira, Ngati Pōrou) wrote his doctoral thesis about mōteatea or what he considers to be the large body of knowledge and the epitome of Māori literature.

The mōteatea or the traditional chant is one of the disciplines judged at Te Matatini - these are waiata tawhito or waiata koroua.

"In order to understand and appreciate the psyche of the Māori, if one was able to able to access the epitome of modern literature, then one can understand the thinking. That body of knowledge is very much encompassed in mōteatea" says Wayne.

The songs and tune are said to be the the first sound uttered by Hineahuone, the first woman fashioned by clay by Tāne.

In his doctoral thesis research, Dr Ngata cites the work of the late Dr Hirini Melbourne who mastered the sounds of the environment in his music.