'I struggle to understand the whole concept of coming out. I just am'

“If you are going to become a woman there’s no going back. You drop that side and you take up this, and if it means going to karanga, well, then, haere koe ki te karanga.”

These are the departing words Stacey Kerapa remembers from her ‘drag mother’ Witoria Drake that reinforced her identity both as Māori and transgender.

Stacey’s story is one of a dozen or so from the upcoming book Takatāpui – A Place of Standing, which explores Māori sexual and cultural identity.

Important note – On 21 November the New Zealand AIDS Foundation announced that the publication date of Takatāpui – A Place of Standing has been postponed until further notice.

Stacey says that many takatāpui (lesbian, gay, bisexual and transgender Māori) had the experience of growing up with a drag mother they had no maternal or paternal connection to.

“She (Witoria) was quite clear that is wasn’t going to be an easy road and that as with anything else within the GLBTIQA (gay, lesbian, bisexual, transgender and queer and ally) community [they will] face many controversies and there’s going to be a lot of hate out there, but what you’ll find is that there will be acceptance, as well. So that’s how I evolved into mahi karanga” – Stacey Kerapa.

The idea of the book came about after a conversation Jordon Harris had with the late Mama Tere Strickland after they attended the funeral of the late Carmen Rupe in Australia.

Mama Tere, who was a matriarchal figure on the streets of Auckland urged Jordon to record "our" stories before people die and they are lost for good. 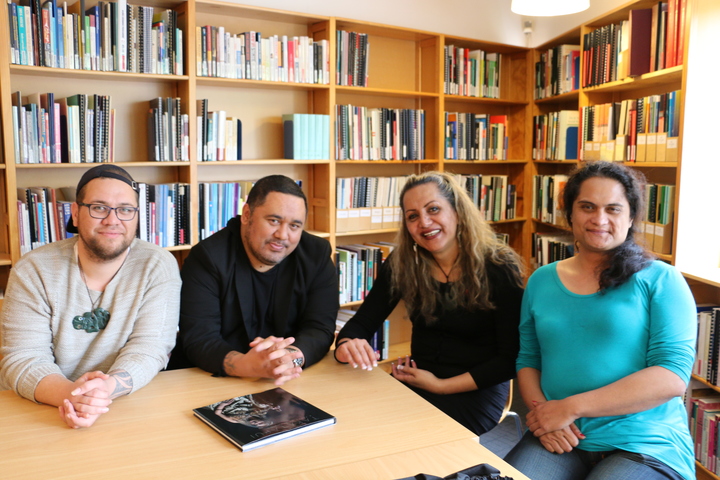 A few years later, Jordon set about with a team recording and transcribing the personal accounts of takatāpui about coming out to family and the challenges, hardships and redemption as they navigate cultural and sexual identities. The book is also an homage to Takatāpui who have died from the HIV/AIDS virus.

Jordon Harris works at the New Zealand AIDS Foundation as the Programme Manager Community Engagement Co-ordinator and says some will love the book and other’s will hate it.

“I think it’s quite confronting for some people, because in my own experience I come from a very religious whanau and at first me being takatāpui was not accepted.Today I’m like the matriarch of my whanau. They came around, it took a few years. What we forget is that I came out but my whanau also have to come out as having a gay son.” 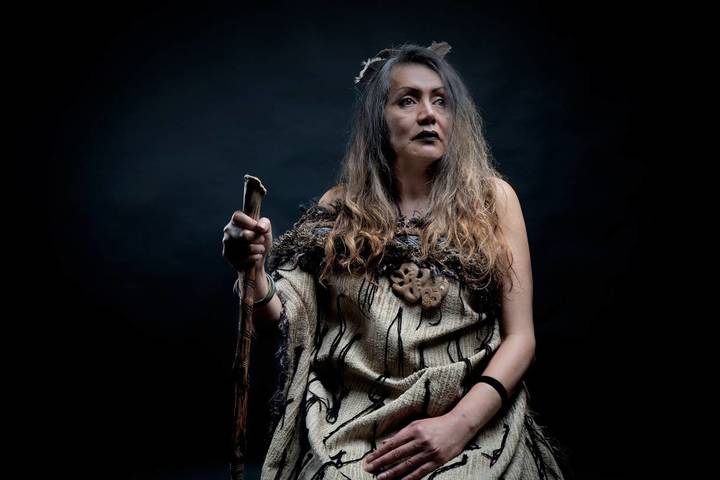 Image from 'Takatāpui – A Place of Standing' Photo: Tanu Gago

Stacey Kerapa says the book is about breaking down barriers in the lesbian, gay, bisexual and transgender community.

“There was huge fragmentation, so the gays boys were warring with the trannies, the trannies were warring against the lesbian and the gay boys. The gay boys got angry at the trans people because we could pull the guys that they couldn’t, the lesbians were furious at us because we take up the mirrors and we looked prettier than they did, and we had all that kind of dynamic and what has come of that education process and this book, is that you can see the tūhonotanga (connection) that has become of our community.” 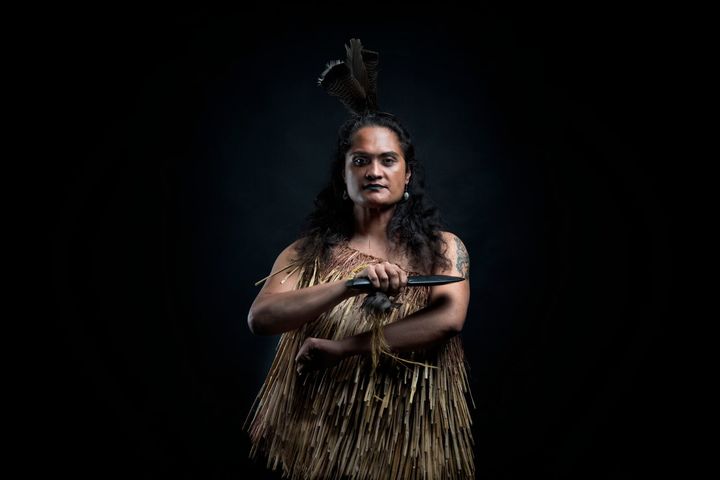 Stacey Kerapa says it was the wise words of her 'drag mother' Witoria Drake that helped her move into the space of being a Māori woman. Photo: Supplied

Shannon White features on the front cover of the book. She and Jordon Harris made the kakahu she wears. Shannon says the book is not only an asset to the New Zealand AIDS Foundation, but an example of the strong bond in the takatāpui community.

Hui Takatāpui (held 18 - 20 November this year) is the biggest gathering for takatāpui Māori from across the country and internationally.

Whatitiri Te Wake works as the Community Engagement Co-ordinator Māori at the New Zealand AIDS Foundation – his job has been to oversee the Hui Takatāpui alongside Jordon Harris.

Whatitiri is from the small Far North community of Panguru and grew up in a tight whanau unit that extended to his parents, his grandparents, cousins and schoolmates.

“That’s the thing that I struggle to understand is the whole concept of coming out... I just am. I think I was fortunate enough to be a teina (younger person) to a lot of tuakana (older) who were gay…I saw my cousins you know, fluffing around in the marae and making the wharekai (dining hall) look absolutely amazing, just being who they were.”