"There’s got to be something about a person, that they can move into Māori communities – a Scotsman at that – and find a place within a Māori community, in fact within a Māori society. There’s got to be something special about that person that they can find that space amongst our people” - Minster of Māori Development, Te Ururoa Flavell on  Jock McEwen. 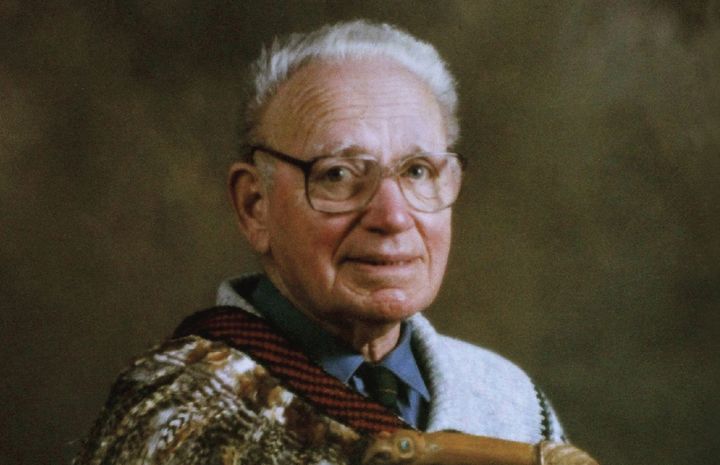 Historian, linguist and master carver Jock McEwen died in 2010. The stories told at his tangi and funeral were the starting point for a new biography launched recently.

Justine Murray went along to the launch and talked to those who knew the pākeha kaumatua. 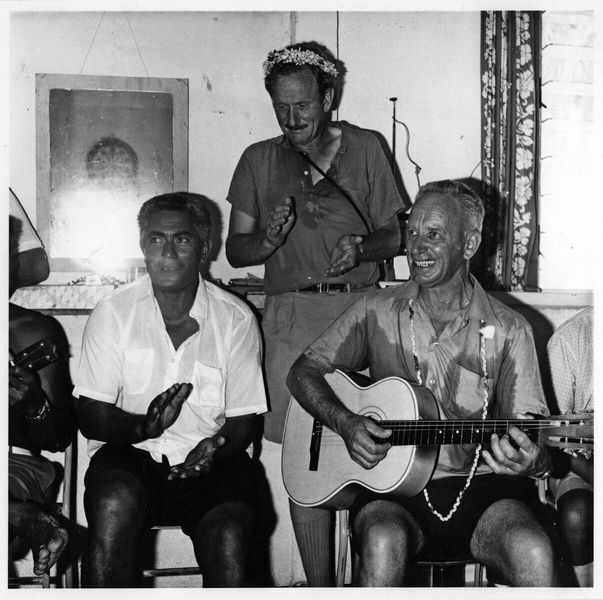 Jock was a skill musician, he entertains with his guitar while Minister Duncan Mcintyre stands behind him. Niue, 1970's. 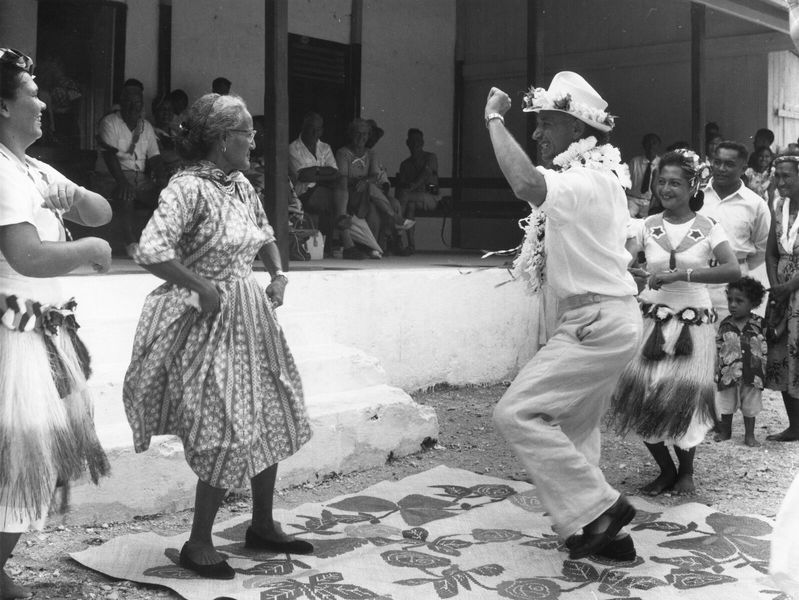 During a 1962 visit with Minister Leon Gotz to Manahiki Island in the northern Cooks. Jock danced with a woman to earn the fine woven flor mat that they presented to him. 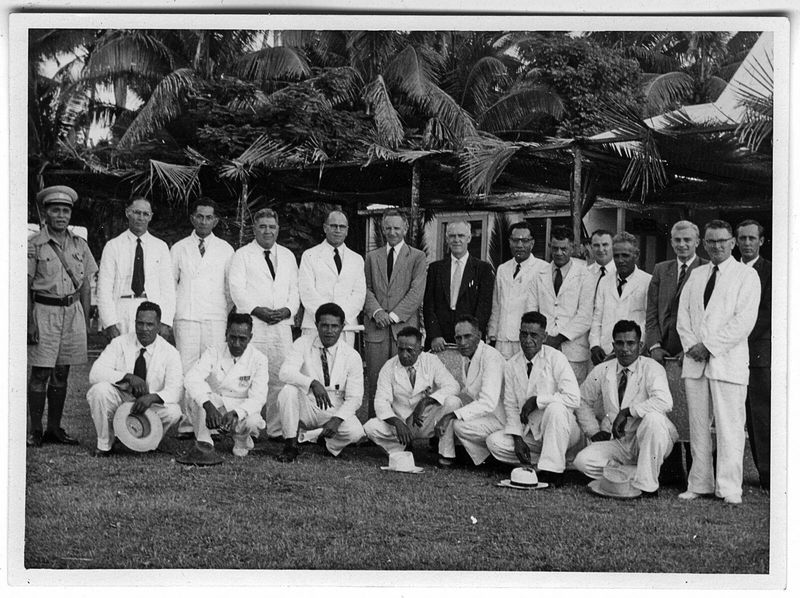 The Minister of Isand Territories Jock Matheson (dark jacket) with Jock McEwen on his right at a meeting with Niue Island Council, Niue, May 1958. 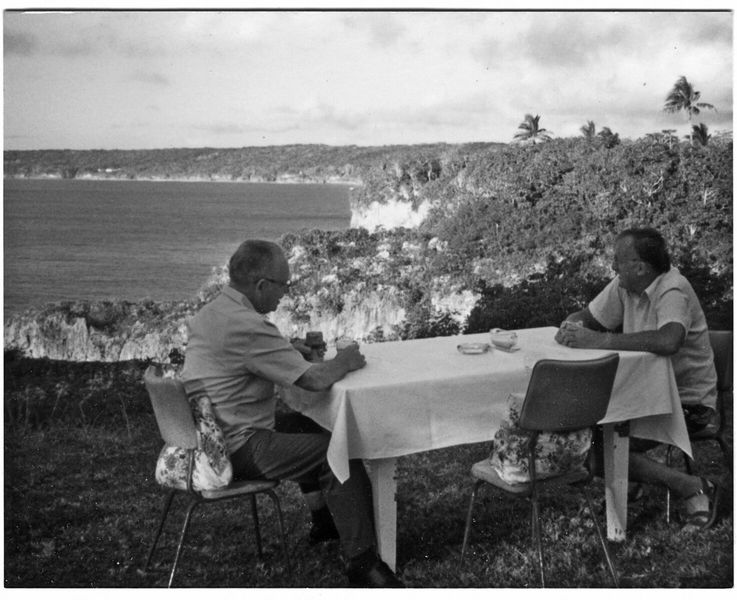 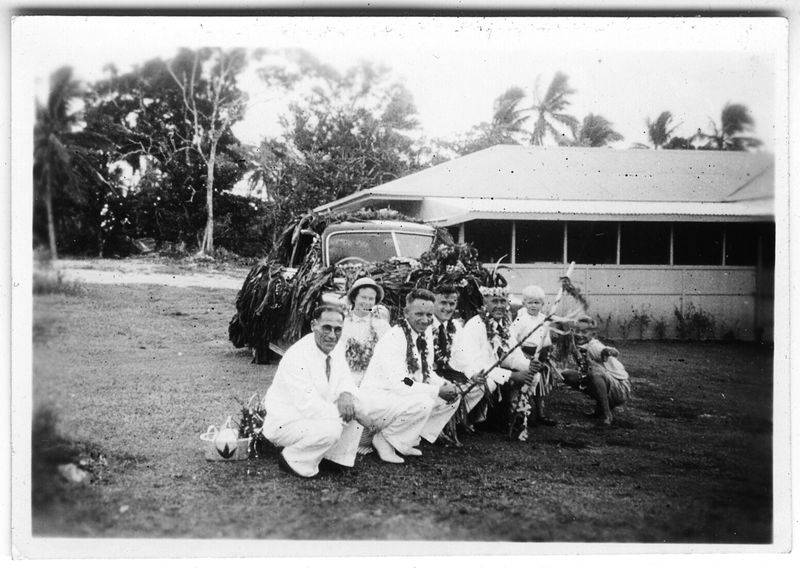 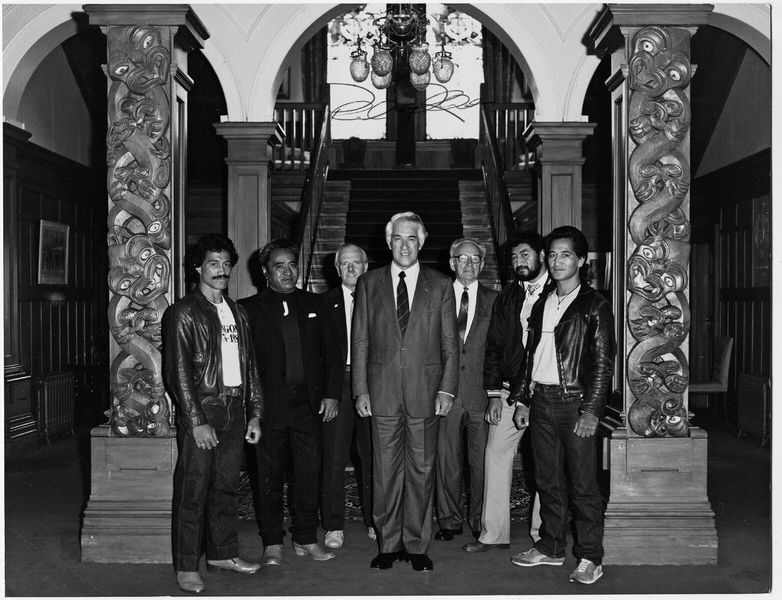 Governor-General Sir Paul Reeves (1932-2011) invited carvers to Government House. Two large carvings they made were installed in 1987. Jock is third from the right. 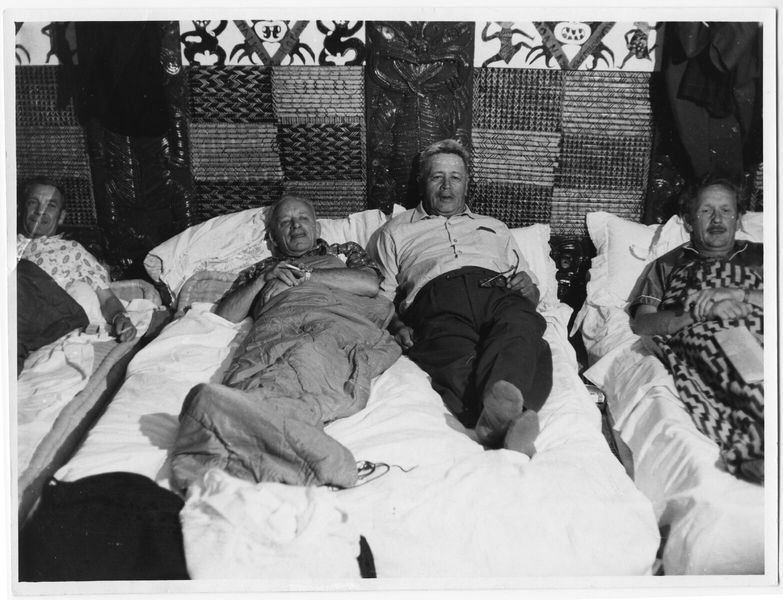 At the launch, friends of the McEwen family gathered to remember Jock as a pillar of the community in Upper Hutt. Niue High Commissioner to New Zealand Tauveve O’love Jacobsen said the name 'Te Oka' means great or special. In the Māori language Te Oka is a transliteration of the name Jock. 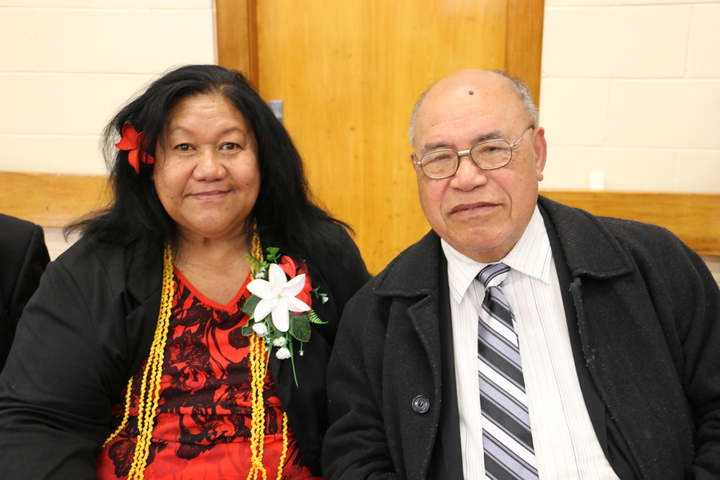 "We created a whanau here at the marae, before the marae was built. We belong to the Māori Women’s Welfare League - that was the basis of the people who then started fundraising to build our marae. At that time we had Jock always here with us” – Hine Poa. 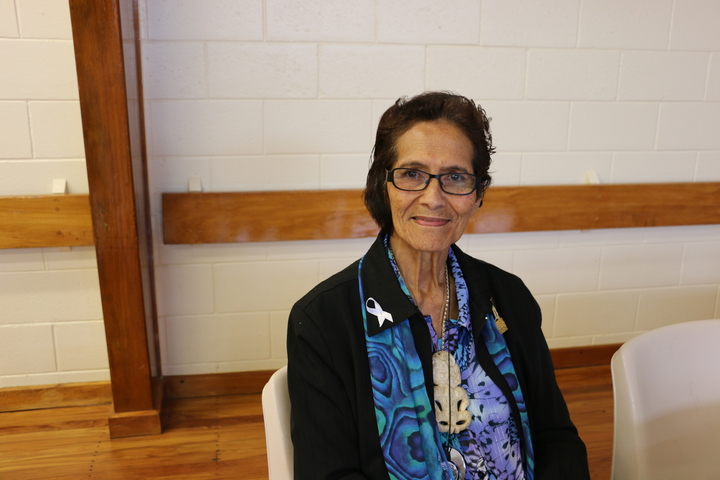 Hine Poa says Jocks Legacy was his knowledge of whakapapa, she says he carved a pou inside Kahukura to represent every iwi in the country. Photo: RNZ/Justine Murray

Jock learned the Māori language as a child. He attended Taonui School in Feilding where his father Malcolm McEwen worked as headmaster. Taonui was not a native school but most of the pupils were Māori. He picked up the language quickly and would visit Aorangi Marae and talk with the elders of the Marae Mason Durie (Meihana Te Rama-Apakura) and his wife Kahurautete, Mihi ki Turangi and Mrs Penehira who had married Mason’s cousin. They were his sounding boards and would ‘gently’ correct his mistakes, according to the book.

In 1935 Jock joined the Native Affairs Department to begin work as a clerical cadet. At this time Sir Apirana Ngata was also working at the offices and began work on Nga Mōteatea – a collection of traditional waiata with Henare Te Raumoa Huatahi.

Jock was posted to Niue as the Resident Commissioner in the early 1950s. His son Andrew was 9 years old at the time, according to Reverend Tom Etuata. It took Jock about six months to learn the language and become a fluent speaker and he went on to write Niue’s first dictionary.

Jock taught carving at Rimutaka Prison, today two large Pou (carved poles) in the foyer area of The Michael Fowler centre is evidence of the work carried out by Jock and his young carving students. Jock also carved the Waka Huia that is awarded to the winner of the Korimako category at the Nga Manu Kōrero speech competitions and many of the Pou inside the Wharenui (Meeting House) Kahukura.

“During his tangi of course most of the speeches were in te reo, which I don’t speak, and I had already written a biography of my own father. I just realised from all the wonderful things that were said about Jock that he really was a unique human being” author Dr Mary McEwen. 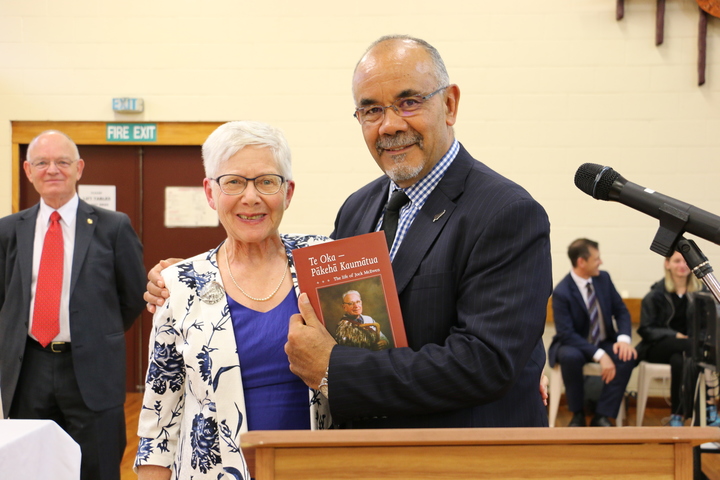 Te Oka – Pākeha Kaumatua: The life of Jock McEwen was launched this week at Orongomai Marae in Upper Hutt - a marae he helped establish. Copies will be donated to 400 schools in New Zealand, Tokelau, Niue and the Cook Islands.