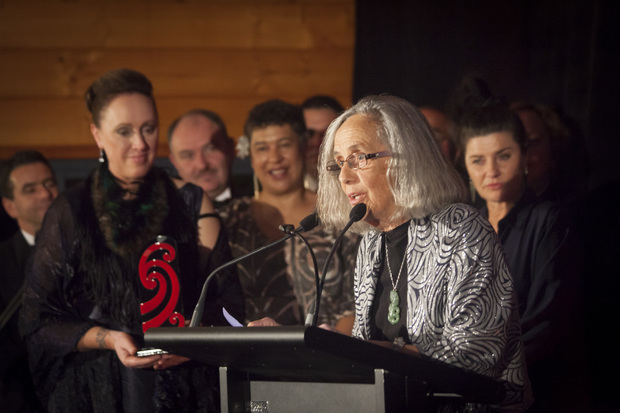 Author Patricia Grace was honoured for her work at the recent Te Waka Toi Awards in Rotorua. Justine Murray sat down for a chat with her in Rotorua, where she talked about her mission to complete her late husband's memoirs and her own short story anthology.

When Patricia Grace stood at the podium to accept her award at the recent Te Waka Toi Award evening in Rotorua, she made the crowd chuckle as she described her experience the evening before.

She had a restless night because she slept with her glasses under her back. The glasses were fine, if a little squashed.

When Patricia was phoned up and told about the award she asked who the other recipients were. Most were friends who she held in high regard and her first reaction was to suggest Te Waka Toi give the award to one of them instead.  But she was swiftly told that it wasn’t up to her  it was the decision of the committee.

“I didn’t really express my gratitude because it was kind of terrifying but I want to say to Creative New Zealand, Te Waka Toi and the selection committee, how honoured and grateful we are, we being Dick’s and my children, Hongoeka whanau, Ngāti Toa Rangatira, Ngāti Raukawa, Te Ati Awa for this very great honour that has been given to us” 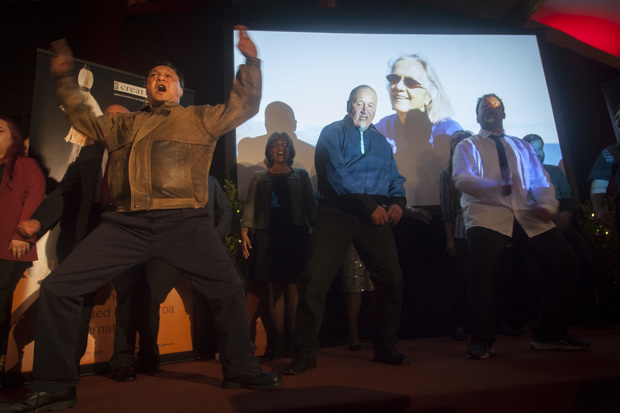 Patricia's writing career began when while teaching and raising a young family with her husband Dick Grace in Auckland, she joined a penwomen’s club and entered their monthly short story competition.

These short stories formed her first work Waiariki, published in 1975, which went on to win the PEN/Hubert Church Award for Best First Book of Fiction. Between 1952 and 1976 her stories featured in The New Zealand Listener and Te Ao Hou - a publication by the Māori Affairs Department. 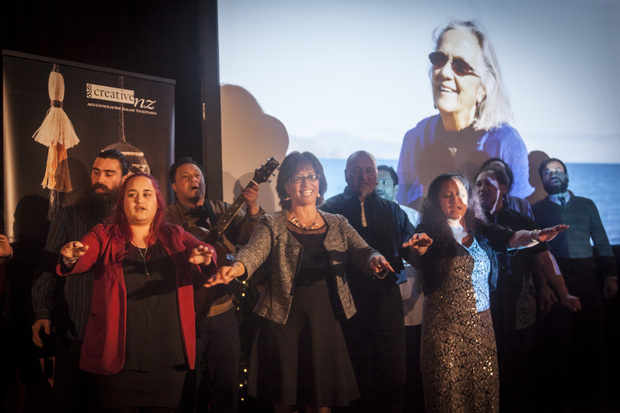 In 1978 Patricia's first novel, Mutuwhenua: The Moon Sleeps tells the love story of a Māori woman and a Pākeha Man. In 1986 her second novel Potiki was published and won the New Zealand Book Award for Fiction. Her other novels include Baby No-Eyes, Dogside Story and Tu. Potiki was translated into several languages and won the LiBeraturpreis in Frankfurt, Germany in 1994. Other prestigious international awards she has won include the Kiriyama Pacific Rim Book Prize for fiction, the Deutz Medal for Fiction and the Neustadt International Prize for Literature.

Patricia's novels, short story collections and children’s books have been adapted for radio and in 2012 playwright Hone Kouka adapted Tu for the theatre.

“There’s mainly characters that interest me. The first thought is about characters and who is going to tell the story. And they may be based on people you know or people you come across, but they don’t remain that person, we build them, so that their somebody different from who you started out with.”

Robyn and Patricia then collaborated together on the 1984 book of Robyn’s paintings Wahine Toa: Women of Māori Myth.

Patricia was approached by the Nathan whanau to tell the story of their parents, Ned and Katina Nathan. In 2012 the late Manos Nathan told Te Ahi Kaa:

“My brothers and I made the approach to Pat because of our links to the art world, Nga Puna Waihanga and Waka Toi, we were friends from way back and I knew my dad and her dad were 28 battalion, I sort of had a gut instinct that it needed to be written by a woman and my brothers concurred.”

Ned and Katina: A True Love Story was published in 2009, telling the story of Ned Nathan and Katina Torakis who met during WWII in Italy.

Her next novel Chappy was published in 2015 and this year it was a finalist in the 2016 Ockham New Zealand Book Awards.

In 2007 she was appointed a Distinguished Companion of the New Zealand Order of Merit for Services to Literature.

“I think it’s more my own elders, my own whanau and the aunties and uncles and parents and grandparents that I’ve been bought up amongst who always communicated with us when we were children. I think especially the uncles. They were the ones had been very close to me and who are inspiring in the way they talk, the things they said, the fun they had, the guitar parties, all that stuff.” 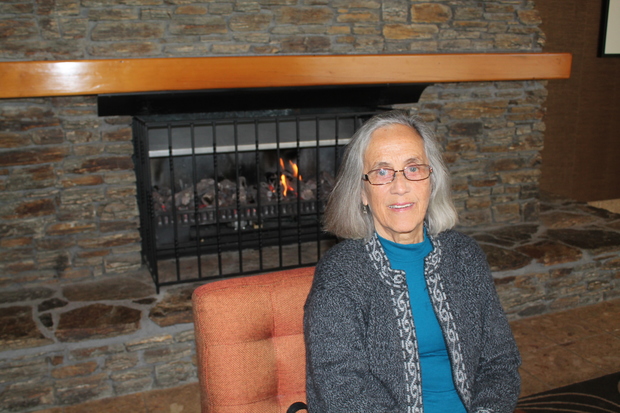