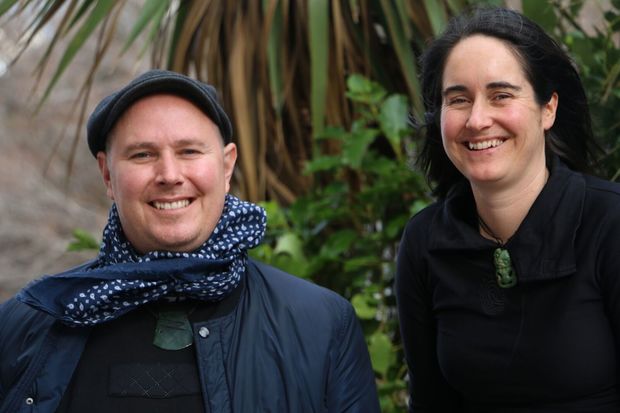 Melanie Nelson and Alex Hotere-Barnes have had very different pathways to becoming fluent in te reo Māori. Along the way they've met challenges and discouragement. They share their story with Jerome Cvitanovich.

It’s a wet Wellington weekend. At a kura kaupapa on the western side of the harbour a small group of Pākehā are being welcomed into the school hall. The welcome follows Māori tikanga and all of the speeches and songs are all  in te reo Māori. What is unusual about the gathering is that everyone, both visitors and hosts, are Pākehā.

Melanie Nelson and long-term friend Alex Hotere Barnes say they and the other Pākehā at the hui are on a mission to develop and build a support network of Pākehā speakers of te reo. Their group is called Ngā Rauawa o te Waka Reo Māori  / Reo2NZ – and they are committed to supporting the revitalisation of the language.

The Wellington hui is the first in what they hope is a series of gatherings building support for their initiative.

Both Melanie and Alex are fluent speakers of Māori but like others at the hui – they have had quite different paths to learning the language.

Melanie took up te reo Māori at high school in Motueka despite being told she was learning a “good for nothing” language. She kept up her use and study to a point where seven years ago she was invited to attend Te Panekiretanga o te Reo Māori: The Institute of Excellence in the Māori Language. Melanie describes the year-long course for high level Māori speakers as life changing. 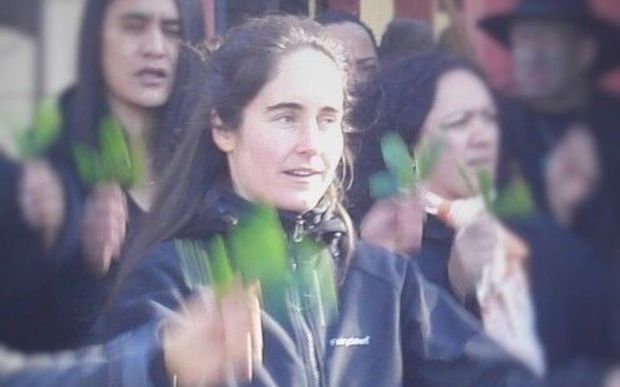 Te Panekiretanga has been running for 11 years and Melanie is still the only Pākehā to have attended. Part of the focus for that year was being challenged to look for ways to encourage growth in the use of te reo Māori within her iwi. It is from that seed that the Ngā Rauawa o te Waka Reo began.

Alex’s pathway to fluency in te reo is quite different. When he and his twin brother were toddlers their father enrolled them in a kohanga reo.

"We were treated as part of the whanau, we were mokopuna of the Kohanga and we were connected to those marae in Welcome Bay" - Alex Hotere Barnes.

Despite the family having no whakapapa to Te Ao Māori, Alex says his father’s wish was for his children to grow up bilingual. Alex says it wasn’t until he hit his early teenage years that he wondered why he was only mixing with Māori and had no Pākehā friends.

After school Alex continued with his study of the language. He has held a range of research and evaluation roles generally focussed on strengthening the working relationships between Māori and non-Māori people and organisations.

These days Alex says being Pākehā and a fluent speaker of te reo is still a challenging space to be.

He says he is very aware of the Pākehā colonial history and the way in which so many Māori were deprived of their language and culture.

"I’m not into feeling guilty, but we do have a history that we need  to  address. We have to move beyond being paralysed and bogged down and that is why this new initiative is so important” - - Alex Hotere Barnes.

These days Melanie Nelson freelances in the area of cross-cultural collaboration as a strategist, writer and translator. She says the creation of Ngā Rauawa / Reo2NZ  is also about trying to help Pākehā normalise the use of te reo.

"We really need to walk the talk, we need to take it to public places and make the use of te reo (so that it is) something that doesn’t provoke stares” - Melanie Nelson.

Melanie says the first step for many Pākehā is feeling comfortable about being Pākehā. Being comfortable not knowing or understanding language or tikanga is an important step to address the lack of knowledge.

“One of the things I notice about my work with overseas visitors is that they don’t carry the baggage that many Pākehā do – so they can ask really simple questions.” 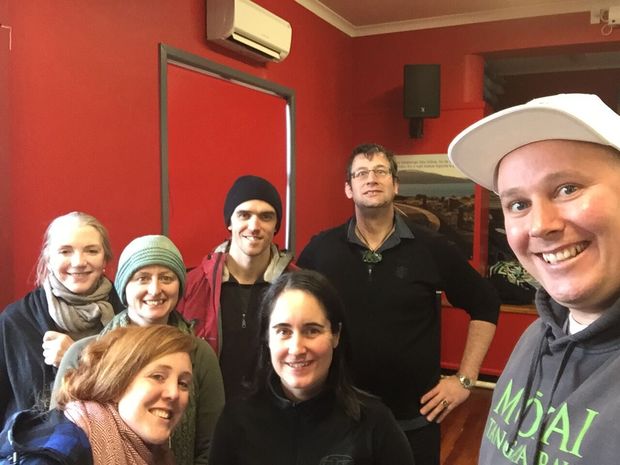 Both Melanie and Alex say their lives have been enriched by involvement with Te Ao Māori. Both of them say they have been stretched and challenged but the benefits far outweigh any disadvantages.

Melanie is in the process of researching a book on a diverse range of Pākehā who have learnt the language and have walked in the Māori world. She says she is very interested to explore the learning journeys these Pākehā have been on, to hopefully inspire other Pākehā to get past the fear and uncertainty many have about Te Ao Māori.

The working title of the book is My Ears See Better – which is a title that comes from a conversation with a mentor. She says it encapsulates the value of approaching living in Aotearoa with the benefit of more than one framework.

She is currently seeking crowd funding for the book.