In this Te Ahi Kaa Māori Language Week special, actors talk about bringing a te reo version of Purapurawhetū to the stage and Northland leader Sir James Henare gives a heartfelt and humorous speech about the importance of language and culture (recorded in 1984). 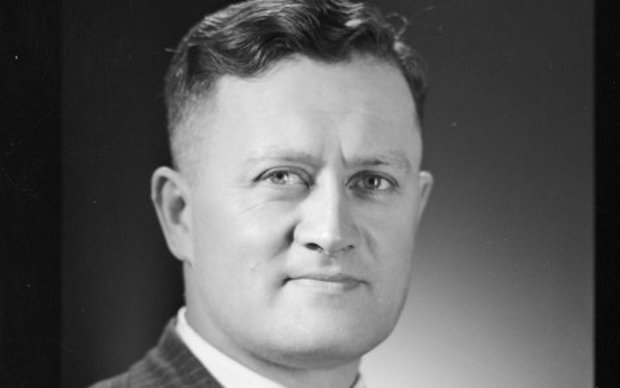 Sir James Henare was born and raised in Motatau. His mother was Te Rarawa, Ngāti Kahu and Te Aupouri. His father Taurekareka Henare was Ngā Puhi and Ngāti Whatua. Recognised as a leader from a young age, Henare was educated at pākeha schools and taught in the Whare Wānanga at Ngati Hine, where he learned whakapapa, tikanga and stories of his hapū. He attended Sacred Heart College in Auckland, where he was one of only two Māori students. In his early 20s he married Roiho Keretene, the betrothal was a tomo (arranged marriage).

Henare served in World War II and upon his return home after 1946 became involved in public service. He formed close ties with prominent Māori figures of the time and played an active role in the royal tours of 1953-1954 and 1963.

He held a number of posts and positions and often represented Te Tai Tokerau (the Northern electorate) at national meetings. In 1984 he travelled to New York with the Te Māori exhibition and was instrumental in the language revitalisation of the Kōhanga Reo movement.

In 1984 Sir James Henare attended Hui Mātauranga Māori hosted by Turangawaewae Marae. During his heartfelt and humorous speech in both English and te reo Māori, he spoke about the importance of teaching children their culture and language, he explained that from this action they will go out in the world knowing where they come from. In this archival recording he reflects upon his earlier life in Motatau and makes a few quips in te reo Māori about balancing life on the farm and the social scene of the time.

“Many of the difficulties that our young people are being confronted with today stem from the fact that most of them have no knowledge of their culture. Until they can have pride in their own background we’re going to have much more of the kind of difficulties we are faced with. We’ve got to restore to them the pride of their race, and you can only do so by them knowing their own culture” - Sir James Henare

Actor Rawiri Paratene has performed on stage and screen for many years. He presented the pre-school programme Playschool in the late 1970s, and featured in the movies Whale Rider, The Insatiable Moon, and What Becomes of the Broken Hearted?. In 2012 Rawiri was part of the Māori theatre ensemble Ngakau Toa who performed Toroihi rāua Ko Kāhira (Troillus and Cressida) at Shakespeare’s Globe Theatre. To celebrate Matariki, Rawiri is reprising his role as Hōhepa in Briar Grace-Smiths play Purapurawhetū – a role he last played in 2010. The play was staged as part of the Matariki events calendar and coincides with Māori Language Week. Rawiri was 18 years old on the first Māori Language Day in 1972.

“It came out of the protest movement… When we presented the petition it was instigated by Hana Te Hemara. I worked along with the Te Reo Māori society of Vic Uni (Victoria University) back then, and the driving force of that protest movement was Nga Tamatoa.”

Actor and producer Amber Curreen first found out that there was a Māori translation of the play written by Te Ohorere Kaa and Wiremu Kaa commissioned by Te Ipukarea – the Māori Language Institute at Auckland University of Technology. Always on the lookout for ways to improve her Māori language skills, Amber set about bring the reo version to the stage. 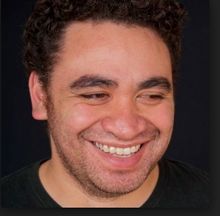 Director Tainui Tukiwaho says the cast of Purapurawhetū have double the amount of work, learning two scripts with two languages.

“There are two audiences we are looking to cater (for) and they have two very different needs. Our reo speakers who are Māori, generally speaking, theatre is quite a foreign space. And there’s pākeha who like to come to theatre, but need to move past the barrier about te reo Māori being something that may be inaccessible” - Tainui Tukiwaho

Tainui Tukiwaho founded the company Ruia Taitea Creative which runs Te Pou Theatre in New Lynn. In 2011 Tainui portrayed Billy T James in the television movie Billy. He is excited about the potential for delivering theatre in te reo Māori.

“We have audiences out there who are very hungry to cheer and own our reo with us, which is a very exciting time to be artists and making things for the masses” - Tainui Tukiwaho