As we wrap up our series for this year’s New Zealand Music Month, Te Ahi Kaa explores The Guitar.

Dr. Michael Brown completed his thesis in 2012, 'Making our own – two ethnographies of the vernacular in New Zealand music. Tramping club singsongs and the Māori guitar strumming style'. Part of his research included a series of case studies of the Māori Strumming Style, its origins and its place in popular music and the māori performing arts spectrum. 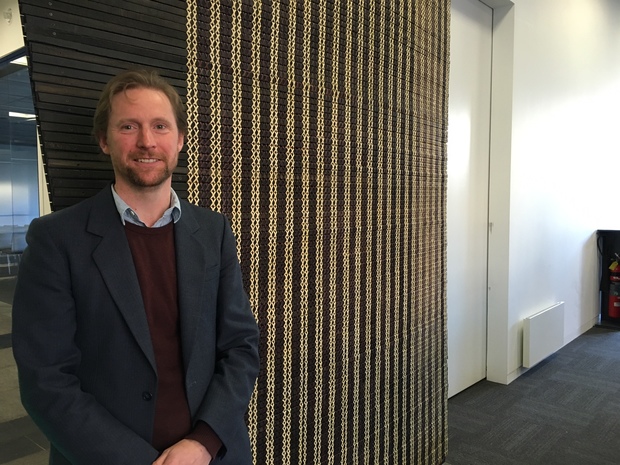 Onomatopoeic terms like the jingajik, the a-ringa-chick strum or the fish-n-chip strum are known as the 'party sing-a-long' strums, or the 'Māori strumming' style.

Dr Brown grew up in Waikanae and learned the piano, but is self-taught on the guitar. His childhood home on the Kapiti coast had one ‘old’ ukulele and a guitar. A keen listener to radio and records, this formative setting lead to academic study and today he is the Curator of Music at Alexander Turnbull Library.

“What I call it in the thesis is vernacular music, which is a term to imply that it has got this grown-into quality like our vernacular languages have, and also that this kind of music is sort of available to everybody”.

Dr Brown shares some of the findings from his research. 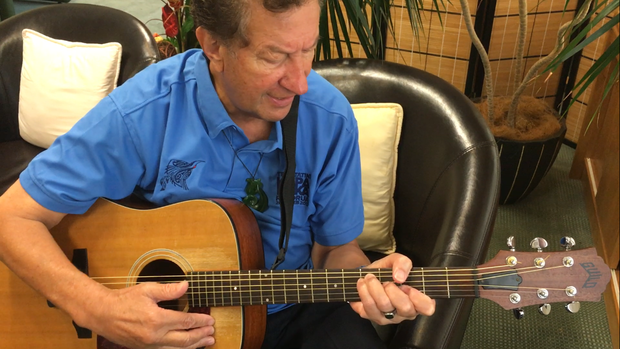 Trevor Maxwell grew up in Awahou, on the outskirts of Rotorua. As a child, he was part of the Ngāti Rangiwewehi Midgets and as a  teen he went up the ranks to the Junior team. In the late 1960's, Trevor toured with The Māori Theatre Trust where he learned stage presence and performance from Inia Te Wiata (1915 - 1971), and Don Selwyn (1935 - 2007). Trevor and his late wife Atareta (1956 – 2007) would go on to tutor the senior Ngāti Rangiwewehi group who competed at the national kapahaka competition, Te Matatini. The group won the top award in 1983 and again in 1996. 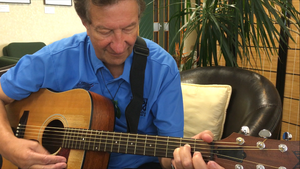 He grew up with nine brothers and sisters but just one guitar in the house. They learned to play by ear. Today, Trevor is a Councillor for the Rotorua City Council and talks about the importance of the guitar in all kapahaka performances and how teaching guitar is about basic chord structures.

‘I taught Howie, taught Tem, taught my son Inia, and I used to play tricks on them, we’d have whanau rehearsals on the lawns, we’d have three or four guitars, and say right follow me, go up the scale, E, F, F#, G, A,  I used to test them about knowing where the chord structures are. I used to play them off one another, I’d whisper in Tem’s ear and say, ring me at home I’ll give you a few more chords. Now, they are better than I am.  It’s about planting that seed” 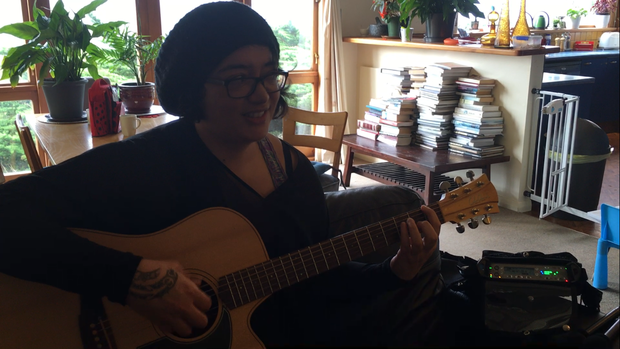 Puawai Cairns took guitar lessons during her time at high school, she learned how to play flamenco for a few years before moving into Jazz and Classical guitar. She was taught to play by ear instead of learning from written music and today she still remembers the techniques learned from those lessons with Harry, her guitar tutor at the time. 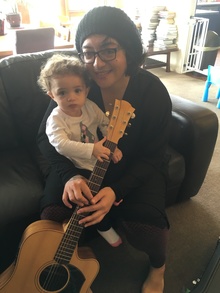 Puawai Cairns with Betty the Guitar and her pēpi, Awhiorangi. Photo: RNZ/Justine Murray

"There was a lot of guitar playing around me, guitar parties, jingajiks….there were particular cousins who were just astounding, and weren’t all about haka strum, they were doing cool breaks, and leads, everybody loved George Benson and Stevie Ray Vaughn...the best thing is to play (guitar) with people who are better than you, all the time, go and seek out people that are better than you, I was lucky I had cousins around me when I was at high school who taught me really well”

Over the years, Puawai has played guitar alongside her friend Turei Reedy under a few names including The Flying Riwai, and Hori Potter - for her, it’s about having fun with music. She has also played guitar on stage with neosoul singer Ria Hall.  From her home in Wellington, Puawai talks about learning the guitar and shares tips towards becoming a better player.