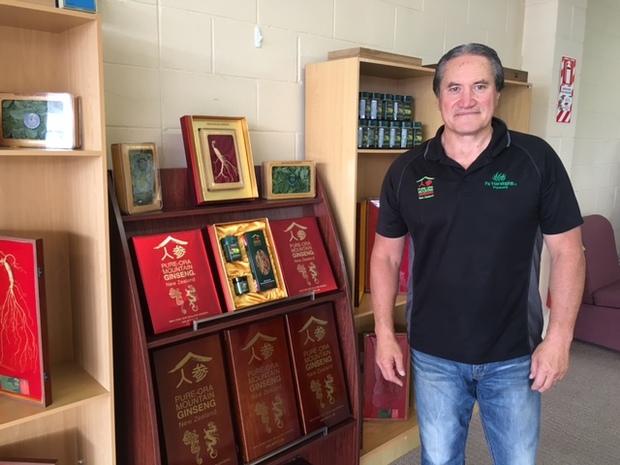 When Glen Katu asked his koroua what Maraeroa meant, he was told that it wasn't about a 'long marae'. Instead the name was referencing the hospitable nature of the marae, so it is the same for the people of the area.

Mai Rangitoto ki Tuhua (From Rangitoto to Tuhua) forms the regional boundaries of Ngāti Rereahu in the King Country. Glen recalls a trip back to Rereahu when he attended a meeting for the land trust Maraeroa C Incorporation.  Glen's mother and his aunties were shareholders. At the meeting he wound up becoming a trustee so he decided to leave his job in Patea and a 27-year career in banking to return home to Te Kuiti.

"Maraeroa C was incorporated in 1973. Uncle Koro Wetere was our first chairman,  and so he and his first board inherited 5,500 of barren land, you might say. The native trees had been harvested and milled and when they were all gone the Crown handed the land back to Maraeroa C, to the owners with no money. It was like a fallen forest."

In 2002 he was appointed the trust's CEO. Today Maraeroa C Incorporation has around 60 years left in its 99-year forestry lease with Hancock Forest Resource Management Limited. There are 1,200 shareholders and one of their main aspirations as a trust is to build their asset base, benefit its shareholders, create sustainable revenue streams and grow its assets.

When the trust was paid a dividend from their variable stumpage lease, they decided to invest in business and more importantly create business opportunities for whanau at Ngāti Rereahu. Business mentorship and funding from Te Puni Kōkiri and the Ministry of Business, Innovation and Employment led to the creation of a business plan to create a forest and native plant experience Pā Harakeke (flax plant garden) an eco-cultural centre located at Pureora Forest was formed. 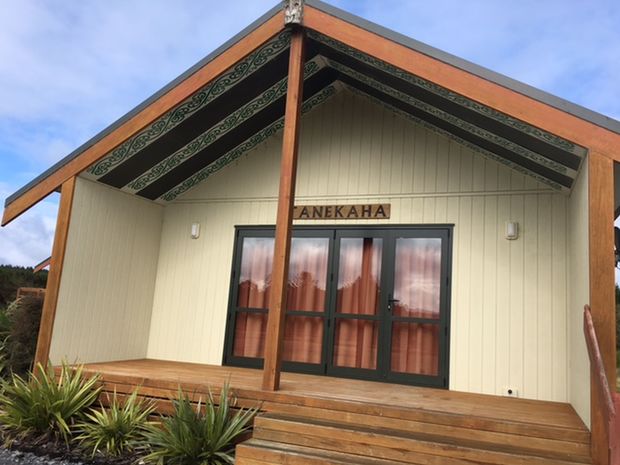 One of two chalets at Pa Harakeke Photo: RNZ/Justine Murray

Replica pā buildings, a nursery, on-site accommodation for freedom campers and two chalet buildings would follow. However it would be the Timber Trail Bike Rides built on Te Pureora o Kahu mountain in 2013 that would increase tourist and local visitors by thousands per year.

The trust invested in shuttle services and mountain bikes to cater for increased visitors. One of its most recent innovative ventures is the growing and harvesting the perennial plant ginseng. 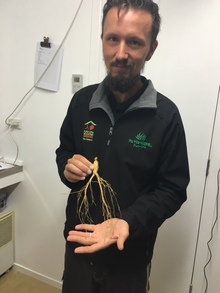 Daniel Benefield with a piece of Ginseng Photo: RNZ/Justine Murray

Manager of Ginseng & Natural Plantations Daniel Benefield says the trust was approached in 2006 by New Zealand Plant and Food Research to find a suitable Māori trust in the Central North Island area who were interested in growing ginseng. The pine forest and weather conditions were conducive to growing the plant.

A small room inside the eco-cultural centre space is where the Ginseng is stored and processed. The team then package the ginseng in large red and gold designed boxes which is then sold in their gift shop. In March this year, the trust attended its first gift fair in Auckland.

The first commercial harvest will be carried out this year and already Maraeroa C Incorporation are looking into developing ginseng products including lozenges and beauty products.