As part of a series about Pākehā whose work has been associated with te ao Māori, Te Ahi Kaa visits Brian Flintoff - a master bone carver who continues his work in the revitilisation of traditional Māori instruments. 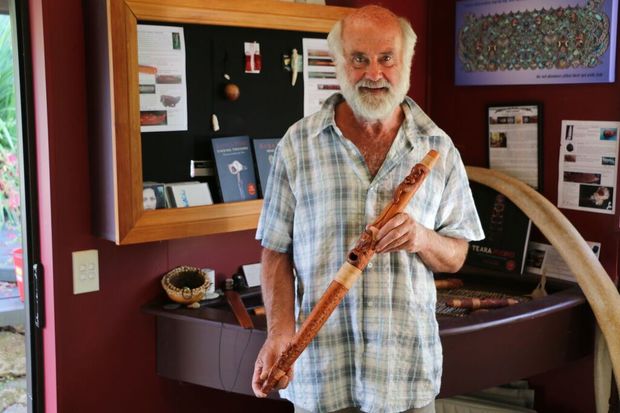 Master bone carver Brian Flintoff is probably best known these days for his involvement with the revival of tāonga pūoro - the musical instruments of the Māori.

But Brian’s carvings have been exhibited all internationally and at home, and his work is held in public and private collections worldwide, including many Marae.

Carving began as a hobby and a way to relax, away from the stresses of teaching at a high school in Wellington, but it soon grew much bigger than that.

“No one was doing it commercially. I took a year off work to give it a try and after two weeks I knew I was never going back to teaching.”

Brian zoned in on Māori art forms and the philosophy that stands behind them. “The early work I was doing was just out of the love of the form. I didn’t have the knowledge. But when I gathered the information about those forms it added a powerful new dimension that drew me in." 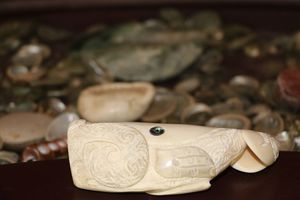 Initially, Brian did a lot of research on his own but he says he was very fortunate to be supported by important Māori, including Sir Tipene O’Regan, who made sure he was heading in the right direction.

“They were generous sharing their knowledge – especially when you know how many times Māori have been ripped off.”

Brian says he felt privileged to be brought into the Māori world. He loved exploring the philosophy and mythology, and the balance between the spiritual and physical that stands behind the forms found in Māori carving.

“Coming from a pākehā world it was a matter of learning to make sense of it.  If you don’t know how it works, then you are just making copies.” 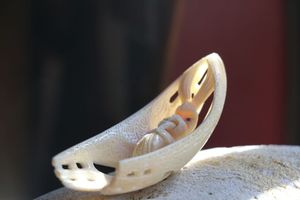 In the 1990s Brian  – along with musicians Hirini Melbourne and Richard Nunns – became involved in a series of workshops that launched the revival of tāonga pūoro -  Māori musical instruments.

Brian says Hirini Melbourne was the inspiration behind the revival because he took workshops onto the marae.

“The thread of knowledge about the traditional Māori instruments was close to snapping. We met only one man who had any memory of being taught to play one of the instruments. To be part of bringing it back was such a privilege.” 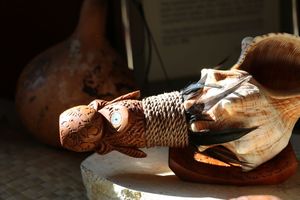 Brian has written a book – Tāonga pūoro – Singing Treasures – which introduces the musical instruments with instructions on how to make and play them.

Early on he says he was apprehensive being a pākehā at Māori gatherings – especially since he’s never been able to master te reo, but says that in most cases he couldn't believe the reception and welcome he received.

He  was recently involved in running a workshop with local people in Nelson, when someone asked: “what’s the pākehā doing here?”

To that, a kuia at the workshop replied: “Don’t tell him, he doesn’t realise he’s a pākehā”.

More from this series: