As part of its series about Pākehā whose work has been associated with te ao Māori, Te Ahi Kaa visits Alice Patrick - a Pākehā teacher of te reo Māori. 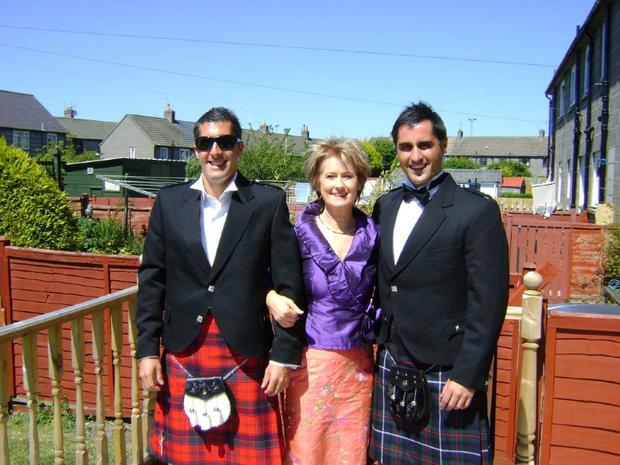 When the first of Alice Patrick’s two sons were born, she made a vow to herself to raise them in te reo Māori.

"I vowed that as soon as that child was given to me in hospital, I would kōrero Māori ki a ia (speak to him) and it felt weird, it felt contrived, but I knew I had to do it. I had to break the cycle of hitherto studying the language but not actually getting it out of my mouth in a communicative everyday way."

Why a Pākehā woman would take on that challenge had a lot to do with the fact that her partner of the time was Māori - but it was also because of a deep attraction to te ao Māori fostered during Alice's childhood.

Alice was born in Scotland. At the age of 10, her family moved to New Zealand on what was called an assisted immigration passage. It was a scheme for working class people like her parents to come to a new country for better opportunities. 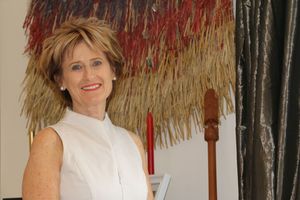 When she moved to New Zealand, Alice was the only child left at home with elderly parents. A neighbouring Māori whanau from Taranaki took her in and included her in many family activities.

"They had a very strong influence on me ... I became their whāngai, their eighth child. I was lucky enough to be taken by them to collect kaimoana, visit their nannies, and attend whānau hui," she says.

"The greatest gift they gave me was the sense of whanaungatanga and manaakitanga."

Alice moved to Otago to study and it was there that she met and married her Māori partner. Through his whanau, she started learning many aspects of tikanga and started teaching herself Māori.

"If you aren’t cocky and you do go in with a humble open heart, they can see you are trying your hardest and that you are there for the right reasons.

"And certainly in the '70s, there were so few of us - we had to be there for the right reasons."

Alice trained as a teacher and has taught in primary and secondary schools – primarily as a Māori language teacher. She has worked for the Ministry of Education and has undertaken a number of contracts producing resources to improve Māori language learning.

These days, she is a Māori language advisor in schools. She works with mainly non-Māori primary teachers – building up their confidence and upskilling their Māori language proficiency.

Language tells us who we are and where we come from, she says. “I’m passionate about the maintenance of Māori language, so that all New Zealand students can enjoy the benefits.”

More from this series: