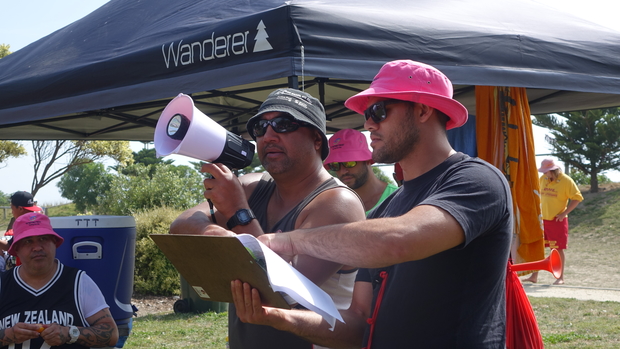 In 2006, Rob Hewitt spent three nights and four days out at sea, floating alone along the Kapiti Coast, close to death.

As he floated he thought about family and visualizing their images helped to keep his spirits alive in a very bleak situation.

Following the ordeal, he came up the whakatauki - Kia Manu, Kia Ora (Stay afloat, Stay alive). It’s this experience and his navy background that Rob Hewitt draws on to teach young people about safety in the water. He is an Ambassador for Water Safety New Zealand and spreads the message to marae around the country.

“There are two scenarios - building resiliency and we can pass some of that knowledge to these kids about how resiliency is created, then they can take that from the ocean, from water safety and employ that into their day-to-day lives. The other one is not forgetting who you are: as a kiwi, as a Maori, as a Pasifika, just as a human being; what is it that you want to be remembered for?” –Rob Hewitt

According to Water Safety New Zealand, seventeen people drowned over the summer period from Dec 1st until Feb 10th.

By the same time last year the number was 25.

Keeping safe in the water is one of the life skills being taught to a group of 150 young people at Te Tai Timu Trust’s annual Summer Camp. 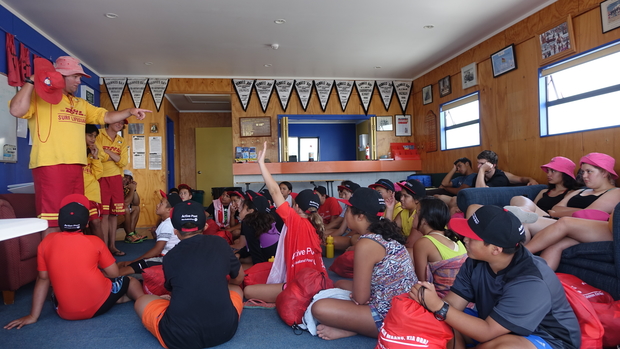 Since 2007 many rangatahi (youth) and tamariki (children) have travelled to the Hawkes Bay to learn practical skills from volunteers and experts at these camps. The camp draws its expertise from a wide pool: the Fire Service, Surf lifesaving, Central Hawkes Bay Police and Water Safety New Zealand are all part of the kaupapa.

Rex Timu is the head of the Hastings Mongrel Mob and has two children attending the camp this year.

“Half of our kids don’t know how to swim because one, maybe they haven’t got access to a swimming pool or their parents may not take them to the river or the beach. As parents, as kaitiaki of our kids we have got the responsibility to show them these things, to give them these skills. A lot of these kids come from hard to reach whanau.” - Rex Timu

The kids are taught survival skills in the water including how to find kaimoana safely, how to wear a life jacket and how to swim safely. The programme has had impressive results and the young kids who started in the programme several years ago are now mentors for others. 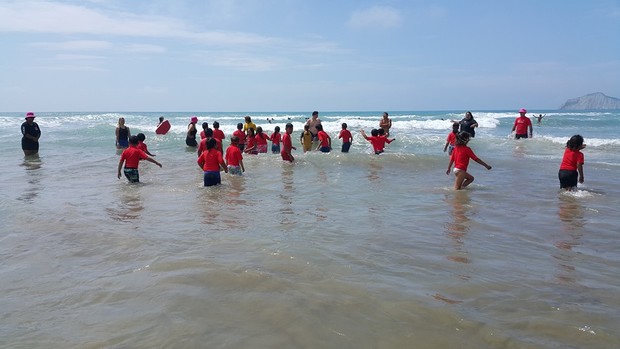 Water Safety is the message at every Summer Camp. Photo: RNZ/Alexa Cook

Te Timu Trust is a Whanau Ora initiative founded by Zack Makoare who says the trust is non-compliant in the sense that he doesn’t vet anyone who wants to be involved.  Hastings Mongrel Mob president Rex Timu is a trustee but encourages youth to keep clear of gang life. 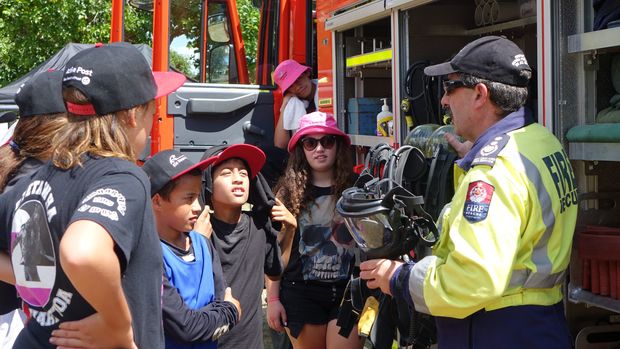 Te Taitimu Trust had its genesis when Zack lost his son Kelly to suicide in 2000. It took seven years to overcome the grief and the trust was part of that process.  The original intent of the trust’s work  was suicide prevention but they have also branched out to include life skills.

“We have got a future group of rangatahi, younger people, gang members, academics, farmers, underneath that we’ve got a rangatahi group, you’ve got to keep that sustainability going of young chiefs coming through, you’ve got to join the gaps first. If I leave this earth I’ve got to know that this kaupapa is still going, it doesn’t just hang on one person” - Zack Makoare

Zack finds peace in his caravan parked just over from Pukehou Marae in the Hawkes Bay. It’s a quiet space that sits close to a church.  When he talks about his son Kelly, he recalls that at the time he died there was a stigma attached to the issue, in that you didn’t talk about it openly.

Today, suicide prevention is openly addressed, and Zack Makoare has talked about it through social media and on a Maori Television documentary series, He Ara Wairua. 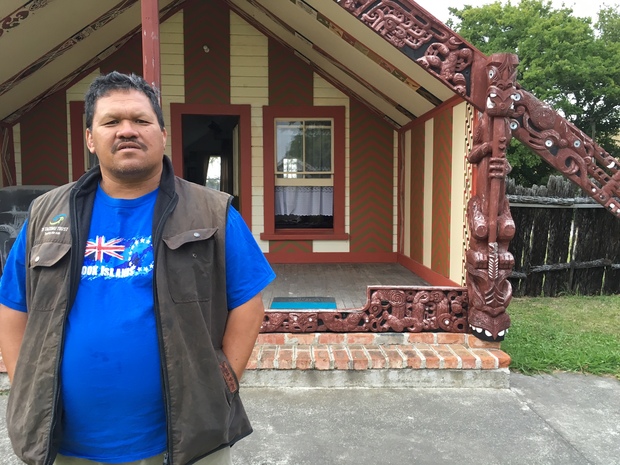 He worked at the freezing works for twenty plus years and remembers when he and his mate Joe Williams (now Judge Joe Williams) working as Fly Swatters, shooing flies away from the meat, and holding fly swats in their gumboots. Eventually he got the sack but on reflection says it was a blessing in disguise.

From there Zack worked for nine years at Te Aute College, his old school haunt.

Justine Murray joined Zack Makoare in his caravan to talk about the history and purpose of Te Tai Timu Trust.