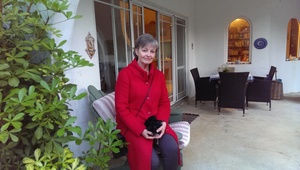 As a teenager Millan fought for boxing titles. Today he fights for the health of Northland's rivers.

It's five years since Millan Ruka stood on the banks of the Wairua River with his 80 year old uncle Henry - and realised what he'd lost. The awa (river) he'd swam in and fished as a boy had turned into a sewer. After years of working overseas as a builder and project manager he'd come home to Whangarei to find intensive dairy farming had polluted the once-pristine waters. 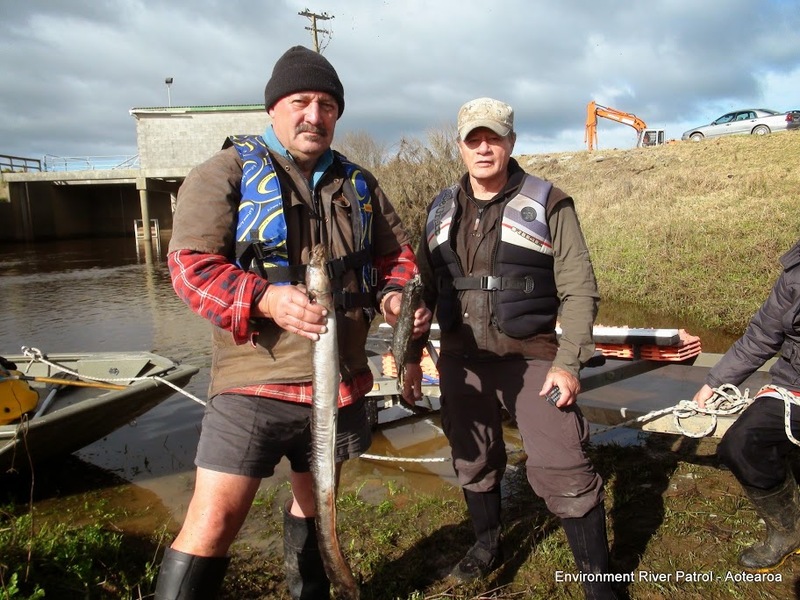 Millan Ruka with dead tuna, the victims of river pollution. 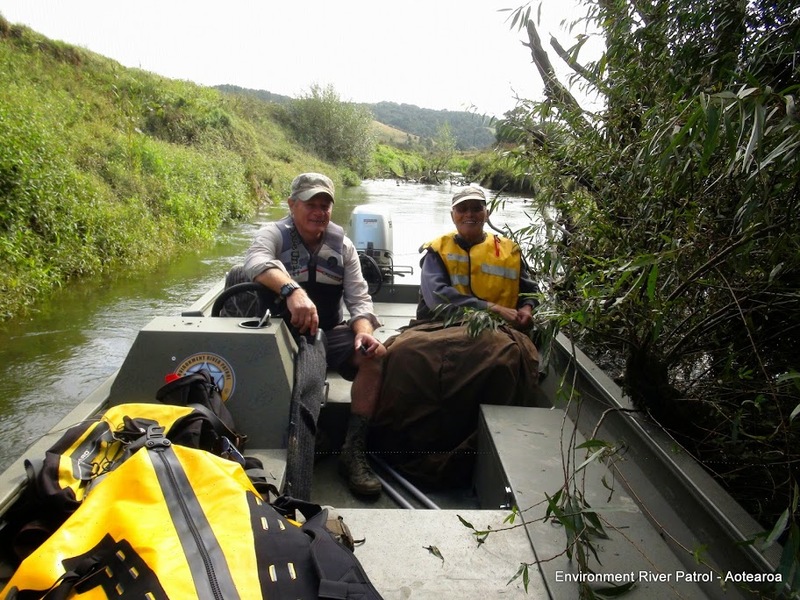 Millan and his uncle Henry Ruka on patrol Waiotu River, 2014 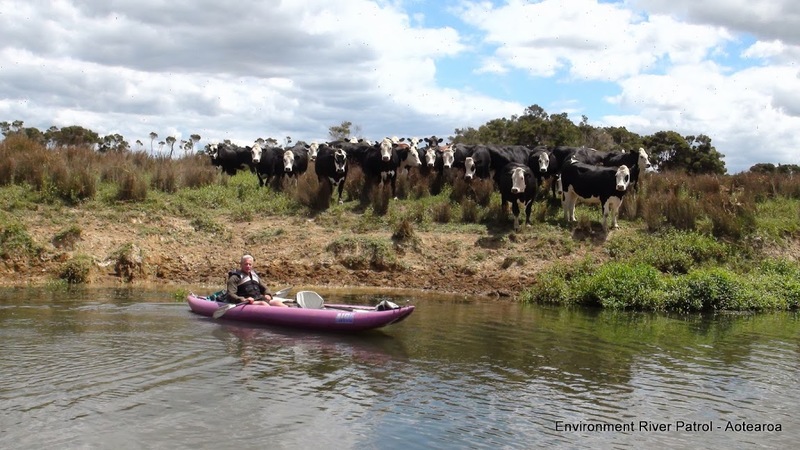 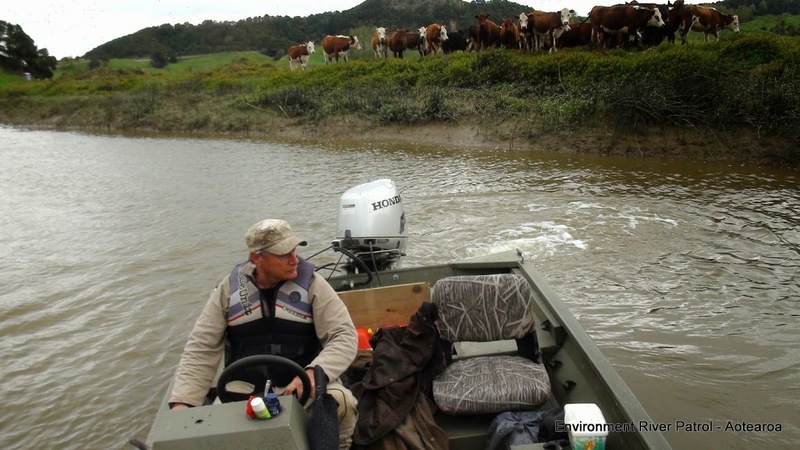 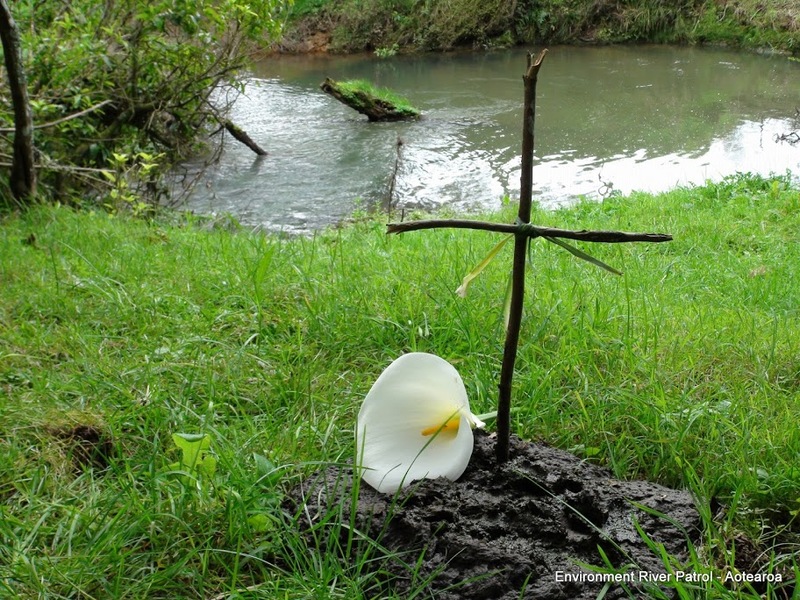 "We just stood beside the river and couldn't believe how bad it was.  It was stagnant, red and green and brown in colour, and this was on a fine day when there wasn't sediment running. And it was paru - you could smell it, you know?  It was so full of agricultural run-off. We sort of stood there looking at where uncle used to swim and bathe. And I thought I've got to find out what's causing it" - Millan Ruka

It was a moment that changed his life. Instead of winding down to a comfortable semi-retirement with time for his dual passions of horse-trekking and kayaking, Millan found himself at the age of 60 with a new and arduous mission - to clean up the rivers. Being a practical sort of bloke he started with the basics, good gear. He spent more than a hundred thousand dollars of his retirement savings on an American riverboat, a truck to tow it and and a trailer with launching gear. He bought a camera  with GPS function, and he and Uncle Henry, now in his 80s, set about documenting the damage, paddling and  motoring up and down the waterways of his childhood and filming what they saw.

He was not prepared for what he saw. Cows grazed the unfenced banks, roamed the stream beds and defecated in the water that carried their waste all the way to the Kaipara harbour. Millan began bombarding the Northland Regional Council with highly detailed river reports showing the degradation, and the locations mapped by GPS. Eventually people sat up and took notice.

"The first day coming down the Whakapara, from where the old whanau homestead was, I couldn't believe it. There was cow crap, urine, mud everywhere , just a foul stench all the way down" - Millan Ruka 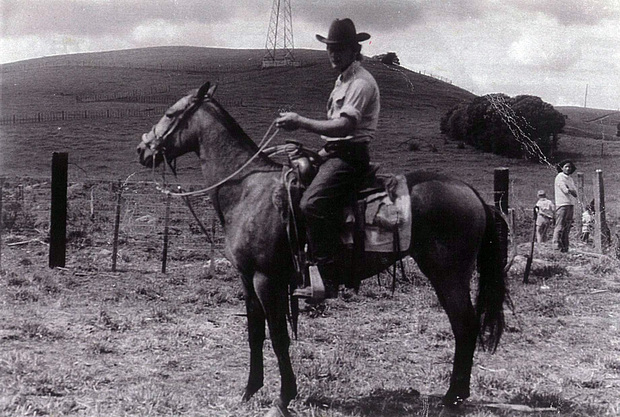 Members of Millan Ruka's hapu, Te Uriroroi, Te Parawhau and Te Mahurehure, had been working quietly for years to protect their awa, and persuade farmers to fence off their stock, with success in some cases. But the efforts of the lone river crusader, spending his savings to confront  the powers-that-be with the unpalatable truth about dirty dairy, captured the public's attention and pricked the council's conscience. Council began subsidising fences, and as Fonterra brought more pressure to bear on dairy farmers to clean up, more  fences and hotwires started appearing along the riverbanks. And Millan Ruka was able to secure some funding to continue  his work from conservation sources. He says his job is far from done - there are still stretches of  the rivers that are unprotected and there's no clean stream accord for cattle farmers. In catchments like the Hatea beef cattle continue to pollute the water that flows into the Whangarei Falls and the harbour where the Whangarei Council has spent  $60 million on sewerage systems to keep out human waste. That's a target Millan Ruka now has in his sights.

"I was starting to peel an orange, and then I realised how dirty my body was, my clothing, my waka and I just didn't feel clean enough,  you know, to eat my kai.  And, yeah, I started to cry on that day.  Because of the enormity of it all" - Millan Ruka (on the first time he patrolled the river in 2010)

He says he's stubborn, and a cowboy from way back. His backstory reveals he's also extremely resourceful. 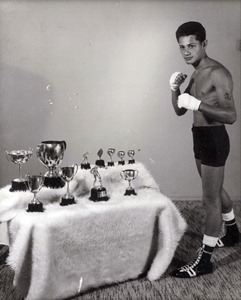 He left school at 14, worked with his father as a house-painter and hawker, and trained in his teens as a boxer,  representing New Zealand. He joined the Merchant Navy, left it it to marry and bluffed his way onto construction sites to learn carpentry. He became a self-employed builder in Whangarei despite a lack of formal training, building one of the city's first pole houses - still standing today. And he went on to supervise major construction projects in places like Papua New Guinea before he finally qualified as a builder in his 50s, going on to become a building industry certifier .

These days he indulges his inner cowboy by organising horse-trekking trips to places like Texas.This is clearly not a man who quits. Perhaps the whakatauki Ko Au te Awa, Ko te Awa Ko Au (I am the River, and the River is me) reflects the hard work, stamina and unwavering determination of Millan Ruka.