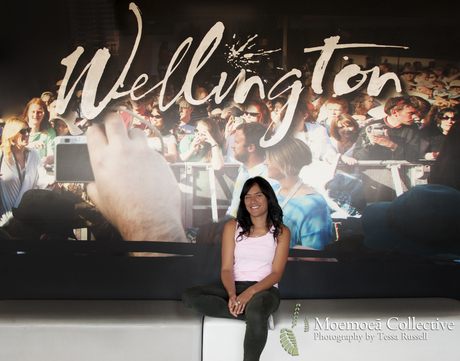 Maria Walker (right) directed the children’s play Ngunguru I te ao, I te po, a play that is 95 percent in te reo Māori and uses props, music and the odd English word to talk about the theme of the story. Her work in theatre where te reo Māori is the dominant language, combined with taking on Māori acting roles, has led to a path of discovery for Maria to learn about her taha Māori.

Maria grew up in Wairoa and when Māori Trade Training began in Wellington, her family moved to Upper Hutt. For the past decade, Maria has worked in film, theatre and television, and graduated from Toi Whakaari, The New Zealand Drama School, and directed The Māori Vagina Monologues in 2013.

Maria talks about the play and why te reo Māori theatre should be performed internationally.