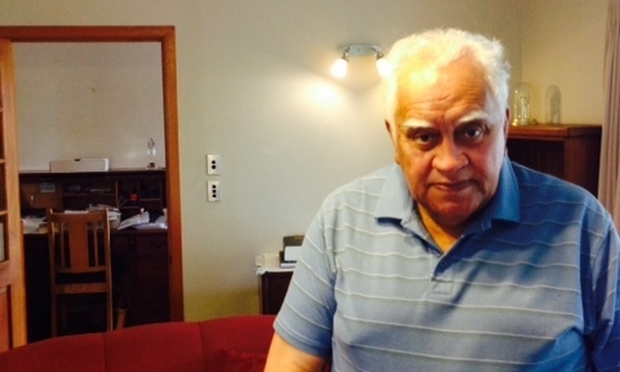 Dr Anthony Ansley Ruakere was raised on the family farm at Puniho Pa, Taranaki. In the 1960s Ruakere attended medical school at Otago University. Getting there didn’t seem to be a problem for the now-retired GP – he clocked up 31 trips, having hitch-hiked from Taranaki to Dunedin. It took him two days.

He graduated from medical school in 1970 and set up a private practise in Opunake, which got so busy that he roped in his mate Paratene Ngata (1946-2009) to help out.

Thirteen years on, he realised his people were in need of health services so in the 1990s he set up the now defunct Te Atiawa Medical Centre.

In 2014, Dr Ruakere was honoured in the Queen's Birthday Honours list and was made a Member of the New Zealand Order of Merit.

He Kōrero Tāpiri - An additional kōrero with Dr Tony Ruakere.

Name: Anthony Ansley Ruakere
Place of Birth:  New Plymouth, I was one of thirteen, my mum was one of nineteen children.
Favourite Food/Kai – Kaanga wai (fermented corn) and kina (sea urchin)
Favourite colour: I don’t know, blue has always attracted me but I like blondes too!
Favourite Music – I like ah, who is that fella? Sam Smith he is my favourite, I listen to the Breeze. I used to listen to Howard Morrsion, all those old ones. Eddie Low, my cousin Robin Ruakere, when we lived in Wellington in our dingy flat those were the Rock n Roll days. We weren’t great students but you know in that flat we had Whatarangi Winiata then he went overseas, Eddie Durie, we all had humble beginnings yet we did alright.
An important lesson you learned: – I never took notice of people who said that you’ll would never make it. I knew I would always make it.  It depends on the engine inside, that’s what drives everyone. You can achieve anything, I never let anything or anyone douse it.
A talent you possess that is relatively unknown – Well, we had a flat of brilliant musicians, the Tangaere family from the Coast, the Turner family from Ngāti Maniapoto.
Favourite Book – Vikings of the Sunrise, Te Rangi Hiroa.
Who Inspires you? – Paratene Ngata, Mason Durie, all my leaders from Parihaka.
A film that everyone needs to watch? - I wish Anne was here, she would know  (long pause)... Blazing Saddles!”