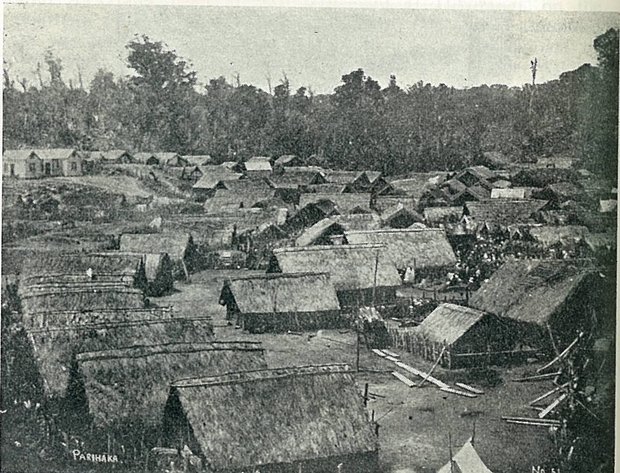 In the 1870's, Parihaka in Taranaki was described as the most populous and prosperous Maori settlement in New Zealand.

It was the centre of an autonomous movement  for peace and development  - the base of Te Whiti o Rongomai and Tohu Kakahi, whose philosophies  have been compared to those later adopted by Mahatma Gandhi and Martin Luther King.

But it was facing strong pressure from land-hungry colonists, and on 5th November 1881, a Government force  invaded Parihaka, arrested its leaders and sacked the village.

This edition of TeKaa features the documentary Aureretanga Parihaka written and narrated by Adrienne Smith as part of a project to promote understanding of race relations in New Zealand. It uses contemporary writings including  the 1888 book, Aureretanga, Groans of the Maori by Historian George Rusden and New Zealand Parliamentary Debates (Hansard) to background  the invasion, and the government’s justification before and after.