Arapata Hakiwai is the Acting Chief Executive and Kaihautu of Te Papa Tongarewa. 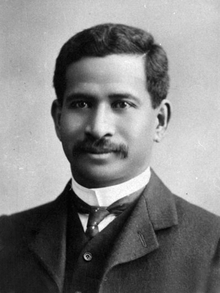 As part of this year's Sir Apirana Ngata Memorial Lectures he talks about the contribution made by Sir Apirana Ngata to the restoration and preservation of traditional Māori art, for instance the impact of the maintenance and restoration of thirty Whare Tipuna and the establishment of the Board of Māori Ethnological Research.

His active involvement in the country is a marked symbol of Ngata's belief of the importance of language, culture and māori identity. In many ways Ngāti Pōrou’s position and stance regarding tribal tāonga in contemporary times is an extension to what Apirana Ngata envisioned for Ngāti Pōrou in māoridom, during his time. Ngata saw the value of culture and tāonga such as wharenui, waiata and artefacts as something that helped to uplift the people.