'Matariki is the cluster of stars, Puanga is Orion, Tautoru is Orions belt, Atutahi is Conopus, Karewa is the brightest star in the sky.'

In Te Ahi Kaa this week, part two of the six part series Whaikōrero features. Wiremu Parker hosts a panel discussion recorded in 1981 with panellists Tamati Kruger and Ruka Broughton. The men analyse segments of the Whaikorero (formal speech) delivered by Dr Pei te Hurinui Jones (1898 – 1976) at the Poroporaki (farewell) to the fifth Māori king, Kingi Koroki.  The discussion features archival material from the Centre for Māori studies and Research at the University of Waikato.

Māori Chef Joe McLeod’ only needs to step out into his backyard to find a wide variety of rongoa māori (medicinal native plants) and trees. He talks to Justine Murray about their different names and uses in the kitchen. 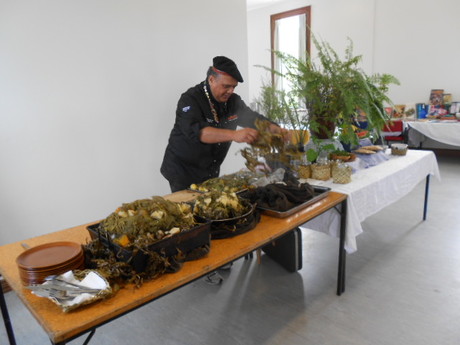 From a Matariki celebration at Waiwhetu marae, Lower Hutt, Justine asks a few whanau gathered what the relevance of Matariki is to them.