What is one of the roles of Kaumatua? To Help

There are many whānau Māori whose lives haven’t altered a single bit since Budget 2013 was released last week and there are others for whom it’s become infinitely more difficult. Justine Murray attends a budgeting session between a marae-based Budget Advisor, Te Puea Morgan and a client.

Age is a number, not a barrier, is how Ngāti Pōrou Star Olsen sees it and what he tries to relay to kaumatua participating in the annual Kaumatua Olympics that incorporate takaaro Māori – traditional Māori games such as Poi Karawhiua and Ki-o-rahi.

Gallery: Action from the Kaumatua Olympics held May 10, Lower Hutt 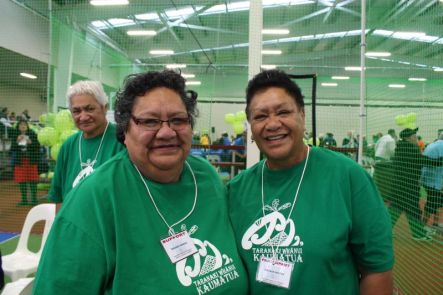 Francis Katene (left) from Taranaki Whanui Kaumatua Group with a friend at the Kaumatua Olympics.

Mere Takoko explains to Maraea Rakuraku her theory about how kai has a direct relationship to an individuals, Tino Rangatriratanga.