Many people slow down in their later years, but not 81-year-old Rangitane and Ngāti Kahungunu kaumatua Nelson Rangi. As chairman of the Kahungunu Ki Wairarapa iwi authority his mahi has him travelling the country on a regular basis attending hui. Nelson's whakapapa to the founders of Masterton, Joseph Masters and Rangitane Chief Retimana Te Korou, makes for an interesting yarn. Justine Murray founds out more. 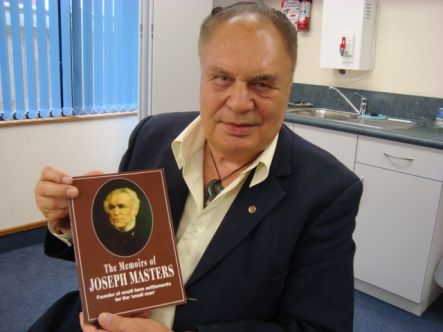 Nelson Rangi a descendant of Joseph Masters - one of the founders of Masterton - and chairman of Kahungunu Ki Wairarapa iwi authority.

As a small and tight knit community, it's inevitable that Māori musicians are bound to cross paths and work together. At the age of 17, Mina Ripia sung backing vocals for Moana Maniapoto, Southside of Bombay, Iwi and other Māori artists. At this year's Māori kaupapa event Pao Pao Pao, Justine Murray caught up with Mina in the green room about motherhood, music and her latest album.

This week's whakatāuki was explained by Jamie Joseph nō Ngati Kinohaku Maniapoto. (The whakatauki is from the NZ Māori All Blacks HakaTimatanga.)

Ka Mate as performed by The All Blacks from the album All Blacks: The Music (2008)