Hiria Hammond, nō Ngāti Kahungunu ki te Wairoa, isn't convinced that a doctoral thesis translates successfully into a book. That's despite the interweaving of the author Rachel Buchanan's personal narrative into the Parihaka Album. With Maraea Rakuraku she reviews the 2010 Huia Publication.

James Mihaere aka Tycade has two sporting disciplines that he's passionate about. The first is the kind of wrestling that spawned stars like Stone Cold Steve Austin and The Rock and the second is sumo wrestling which is proving to be a natural fit for the Rangitāne young fella. For someone who's only been doing it for a year, Mihaere has proven to be natural at the Japanese derived sporting event by successfully defending the Oceania Open Men's Title he won last year. Justine Murray met up with James during a training session at the gym where it all began, He Toa Sport and Recreation Centre, Wellington. (See pictures below)

The accolades came thick and fast for Fat Freddys Drop when they hit the music scene in 1999. A combination of a loyal fan base, touring internationally and savvy marketing decisions has ensured the independent record label continues to go from strength to strength and it's reflected in their placement within the New Zealand music scene. Last year their second studio album Dr Boondigga and the big BW was released and it's being reviewed by Dee O' Carroll, nō Ngāti Ruanui me Te Ati Awa. 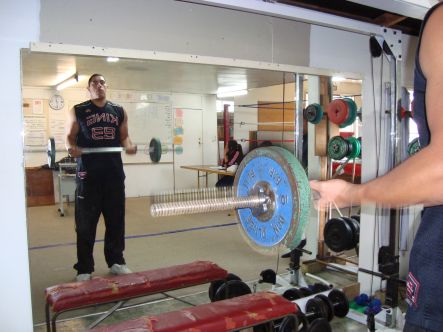 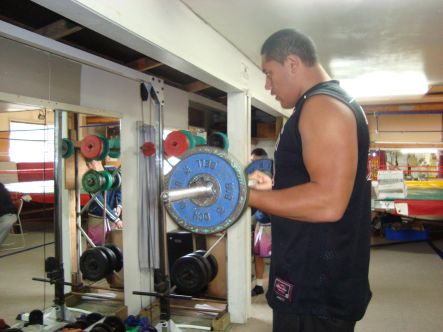 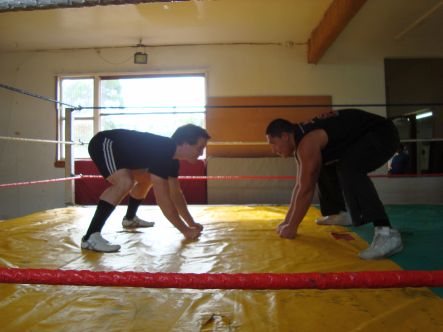 James Mihaere going through his strength training routine at He Toa sports and recreation centre.