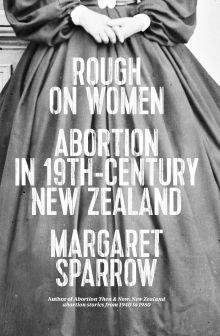 Dame Margaret Sparrow talks to Wallace about her new book, Rough on Women: Abortion in Nineteenth Century New Zealand. She says women obtained abortions by whatever means they could, despite the dangers of poisoning, haemorrhage, and infection, and abortionists did their work despite the threat of long prison sentences or even the death penalty.

Dame Margaret has had a long career in general and reproductive health. She is past president of the Abortion Law Reform Association of New Zealand and a Director of Istar Ltd, a not-for-profit company that imports the abortion pill mifepristone. She was awarded an MBE in 1987, the New Zealand Suffrage Centennial Medal in 1993, and the DCNZM for services to medicine and the community in 2002, which in 2009 became a DNZM.