Named one of the world's top thinkers by both Prospect and Foreign Policy magazines, Haidt is a keynote speaker at next month's APEC CEO Summit in Auckland.

Haidt, who will be delivering his speech remotely because of Covid-19, will ask if business can be a force for good in in his address at the summit.

He joined Jim Mora to discuss his APEC appearance, why social media is to blame for messing up the internal dynamics of most of our social institutions, and how a Donald Trump re-election in 2024 could kill American democracy. 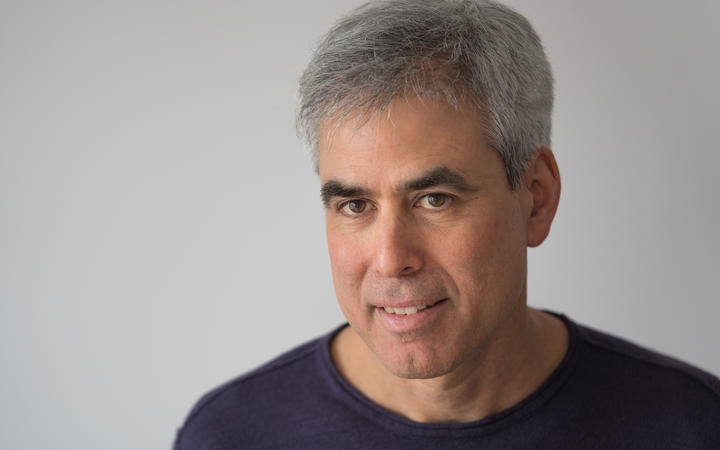 "I think we're migrating to a time where it's the social media companies that are the ones that might well destroy the world."

Social media platforms which are being used as "outrage platforms" have become a "super tanker of excrement" dumped on us every day, he says.

"Their business model is whatever keeps eyeballs on your screen, because the people using it are not the customers, they are the product.

"The customers are the advertisers, and so this business model is the one that's breaking the world, it's not the internet, it's not technology, it's a specific business model that does whatever it takes to keep people attached and that largely usually means outrage or sexuality or conflict.

"Now we see teenagers all over the world are increasingly depressed, anxious, suicidal ... so I think we have to keep kids off these platform, and I don't mean the internet, I mean platforms that use the business model in which the child is the product delivered to the customer who is the advertiser.

"I think the most important thing we can do is remove liability protection from any platform that uses an algorithm to decide who sees what, we should treat them like newspapers, and in that case they would actually take some responsibility for what they do and it would be much harder for them to promote the kinds of mass hysteria, genocides, riots."

But these platforms don't give everyone a voice either, he says.

"It gives the extremists powerful weaponry and that allows them to intimidate people who might join a conversation with them, so I'm very concerned that the 21st century is actually not necessarily the century of genetics or robotics, it's actually the century of social science.

"All of our problems are really social and human problems and I think we are going to fail to solve them because we can't talk."

We need to have people who can challenge our biases, but a successful society needs both dynamism and decency, he says.

"So if you have the right institutions and you have people who work together and respect each other and think differently. Then you get the magic.

"My fear is that this century, which is becoming a contest between the open societies in the West and the closed society which is China which is innovating how you can forge ahead by controlling information, it's not clear which side is going to win, open or closed. But I fear that Facebook and twitter combined are going to help China win, because they make it difficult for us to have intelligent conversations."

In 2019, Haidt postulated that American democracy may fail in the next 30 years, but he now says with his understanding of social media, it could be more like five to 10 years if Donald Trump is re-elected in 2024.

"By fail, I don't necessarily mean civil war, but I think becoming a dysfunctional nation like some of the least functional Latin American nations with sporadic violence ... I don't know what's going to happen, and probably I'm wrong in my pessimism but catastrophic outcomes that seemed like one in a hundred 10 years ago, now seem like one in two or one in three."