To say Nelsonian Rosie Manins' introduction to life in Atlanta has been something of a baptism of fire would be an understatement.
A former ODT journalist who is married to a Grammy Award-nominated Georgia native (Jamaica Smith), Rosie now works as a courts reporter, and has seen Confederate monuments taken from public view, experienced the race riots after George Floyd's death, met Martin Luther King Jr.'s sister, and interviewed a black man who was attacked by the KKK as a boy -- not to mention living through the horror of  Covid-19 as the state recorded over one million cases and 20,000 deaths. She's Calling Home this morning. 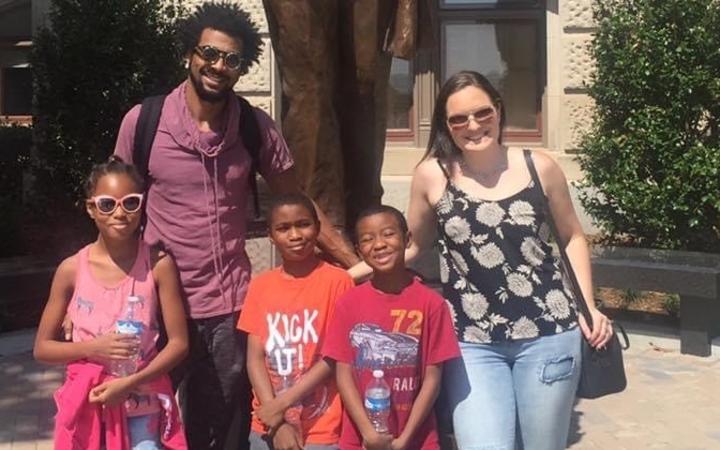